Comedy Central’s Global Warming Propaganda Is a Little Self Aware? 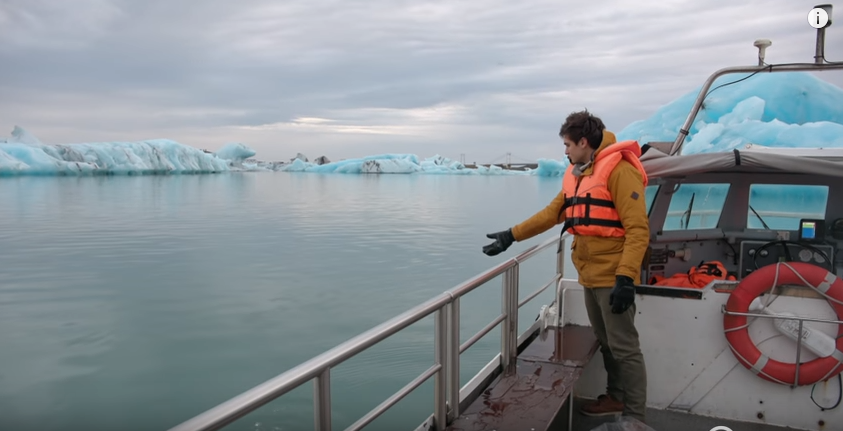 Look out, Comedy Central has another progressive message embedded in some wacky high jinks.

The comedy outpost offers a reliably left-of-center bent to much of its original content. Think Broad City, which spent an entire episode fawning over twice-failed presidential candidate Hillary Clinton. Or programs like The Daily Show and The Opposition with Jordan Klepper. The space between their content and your average DNC email blast is microscopically small.

Here’s what Moses is up to, according to the rest of the press release:

L.A comedian/ “Arm-chair activist” Moses Storm (Conan, Another Period, Arrested Development) tackles one of the biggest issues facing our planet: global warming. Join him on his most important mission to save the world by bringing ice to the melting glaciers of Iceland.

The following eight-plus minute video hit the Web yesterday in time for Earth Day. Moses attempts to bring ice to Iceland to reverse the effects of global warming.

So far, the clip isn’t quite “viral.” As of April 23 it has less than 7,000 views. Better than most online clips, but hardly the latest Avengers teaser.

Either way, the clip packs the usual elements. Global warming hysteria. Fear tactics. Doom and gloom pronouncements (“dead bodies”). There’s something else in play here, though.

Mid-video, Moses mocks Leonardo DiCaprio for not practicing what he preaches. That in and of itself is worth a serious golf clap.

The comedian also is self-aware on a number of levels. He admits he’s doing some hardcore virtue signaling with his shtick, and that he’s not alone on that front. He also confesses his antics are creating a serious carbon footprint, all in the name of a (hopefully) viral video.

“But if all your ice melts and the sea levels rise, know that you won’t drown. Because as long as you have the label of ‘activist,’ you can hold your head high!” he cries.