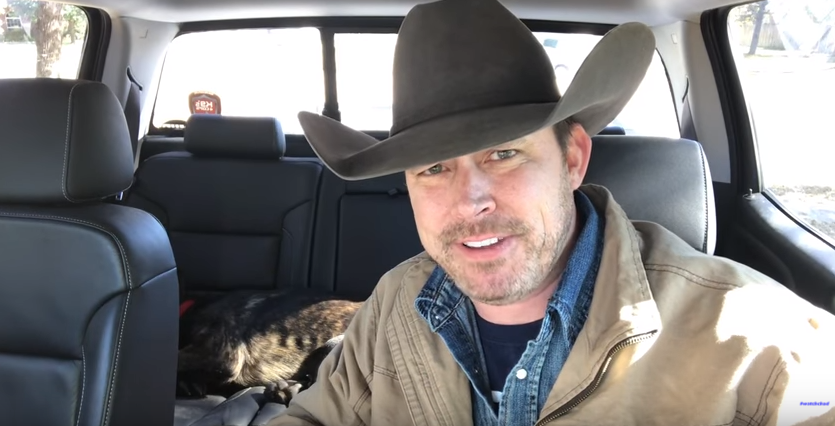 Chad Prather would rather talk to his ideological foes than block them on Twitter.

The fast-talking comic's banter made him a viral video star. His 2015 "Unapologetically Southern" rebel yell cemented his status as a YouTube powerhouse. That doesn't mean his rants are a one-way street.

"I like to talk with people I don't necessarily agree with," the man CNN called the "Pickup Truck Pundit" says. "Let's have a dialogue and a discussion rather than these ongoing debates online today."

The conservative talker is doing just that via the just launched "The Chad Prather Show." The weekly program, heard on the Podcast One Network, showcases his down-home wit and clear-eyed take on the latest headlines.

Prather promises the usual celebrity guests along with folks you know but rarely hear. Think social media superstars like Twitter standout NotKennyRogers along with more traditional pundits (Tomi Lahren). Credit Prather's social media roots as well as a hunch too many podcasts miss a large swath of the country.

"The coasts have skipped over a lot of middle America," he says, adding few people in the media represent blue collar voices. That's where he hopes to fit in.

Prather is a latecomer to show business. Ride TV hired him to host "It's My Backyard" a few years ago. He started recording videos in his pickup truck purely for self-promotional purposes.
It worked.

Now, he's turning his gift of gab to podcasting. When Podcast One, which also features Adam Carolla's Guinness World Record show, approached him to host his own show he pounced on the offer.

"It was a no brainer for me," he says. "It is my voice doing what I do and saying what I say."

He's a straight shooter who doesn't play by the PC rules. That voice will soon mix it up with some unlikely guests. And he has a few folks in mind who might surprise you.

"Van Jones … is further to the left than Pluto. It doesn't take long for him to come off the rails, but he's a smart guy," he says. "That's a conversation that needs to be heard."

Other shows will introduce listeners to "people you don't know but should," he says, like viral personalities who shape pop culture as much as any star or starlet. Listeners also can expect a gaggle of country music stars like Neal McCoy and Phil Vassar.

For now, he'd rather talk than start yet another ideological fight.

"My goal is to try not to be mean-spirited," he says. And if that results in him agreeing to disagree with the Van Joneses of the world, so be it.

"We've lost the ability to dialogue and discuss things. I hope we can come back together on that," he says.