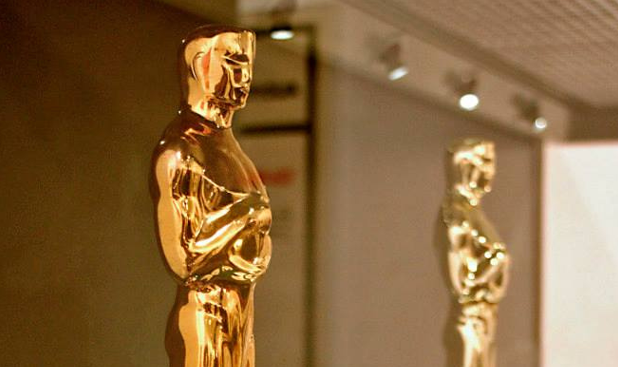 A group calling itself the Women’s Media Summit has a radical plan for fixing Hollywood’s gender imbalance.

Boycott Hollywood movies that don’t meet the group’s definition of a gender-balanced production. What does that actually mean?

Another goal is to have production companies adopt a labeling system, similar to the “No animals were harmed in the making of this film,” but for equitable gender representation behind-the-scenes and on the screen.

Conservatives wouldn’t attempt something similar regarding Hollywood product. Or would they? Over the last year Hollywood rhetoric against Donald Trump has been angrier than anything we’ve seen before from Tinsel Town.

When Trump stunned the world in November by defeating Hillary Clinton that rage intensified. And many stars don’t stop by slamming President Trump. They attack his supporters, too, as well as other GOP figures.

So should conservatives boycott Hollywood for the industry’s insulting rhetoric?

The question would be absurd a few years ago. Progressives openly embrace boycotts as a means to a political end. Conservatives routinely chafe at the notion.

Our fractured age requires adaptation, and some right-of-center voices aren’t willing to play by the old rules. It’s why select conservatives cheered when activists interrupted performances of Julius Caesar in which a Trump figure is brutally murdered. Fake blood soaked the figure’s business suit.

They would have spoken in near-unison against the effort just a few years back.

I do not support boycotting films in response to actors’ comments and I reached out to prominent conservatives all the same to get their thoughts on the issue.

I think that it’s only worthwhile boycotting films if we make clear that we’re doing so as a strategy of mutually assured destruction against the Leftist boycotts of conservatives in Hollywood.

I dislike boycotts generally, but any moral objection to using them against the left died when they imposed the new rules making boycotts A-OK. I disagree with the unilateral disarmament crew – since reason doesn’t work maybe pain will. And the liberal-media-Hollywood axis must feel pain – maybe it works, maybe it doesn’t, but we aren’t just sitting there letting them piss on us. That said, I doubt the effectiveness of organized, centralized boycotts.

I know I’m not going to avoid something because someone else – even an ally – urges me too. I think most conservatives are like that – we’re not so good at taking orders. But if a conservative media outlet highlights something from Hollywood that’s a middle finger to me – like Mother! or that moronic American Horror Story Trump plot line – I will often choose not to patronize it. Info is key, and it works. Ask the Emmys. Ask ESPN. Ask Jennifer Lawrence.

As far as boycotts go, I don’t know how effective they are right now. For me personally, given all of the other entertainment options available to me, I feel like I exist in a default state of boycotting Hollywood. A particular film might wow me enough in previews to get me to go see it, but for the most part I skip the movies.

As far as a better approach, I think that the depth and breadth of entertainment options online are a helpful tool. I would love to see more major studio efforts spearheaded by conservatives, but since that seems highly unlikely, we should be investing more time and attention on good indie projects that tell compelling stories and can feature actors who care more about their craft than criticizing people who disagree with them politically.

I’m not a big fan of organized boycotts, for two reasons. One, they almost never work, and two, they give too much cachet to their targets. Better to just keep calling them out, and to make your own personal choices about the films.

I don’t mind when entertainers disagree with me, I’m used to it. But when they actively despise me, that’s affects my spending. Jennifer Lawrence and George Clooney should understand that the vast majority of their audience doesn’t live in the media/entertainment bubble. These entertainers rely on Americans’ disposable income to fund their extravagant lifestyles.

Michael Jordan declined to endorse a Democrat in the ‘90s, saying “Republicans buy shoes, too.” Well, Republicans buy movie tickets, too. But they’ll buy a lot fewer if Hollywood keeps up this hate campaign.

I think a boycott by conservatives would only work if the product were something a lot of conservatives were interested in in the first place — such as the NFL, or Target (which seems to have suffered badly after it announced the transgender restroom policy). A movie like Suburbicon is only aimed at blue-state types in the first place. It’s not like a Captain America movie – it wouldn’t need to draw a large audience to make a profit.

I’m amazed at the lack of self-awareness of movie stars. It never seems to have occurred to them that a factory worker in Michigan, say, has a better sense of what is needed in his life and sphere than a Hollywood millionaire has.

Maybe he voted for Donald Trump because his best judgment was that Trump would improve his life and conditions more than Hillary. Does George Clooney have some special expertise that overrides that? No. Then why should he shower hate on some audience member he’s never met over the political choice he made?

It’s not as if Abe Lincoln was running against Trump. His opponent was a corrupt lowlife pol who ran interference for her alleged rapist husband — voting for her gives Clooney the moral high ground? Not in my book.

I hate to boycott things, especially entertainment. But I don’t blame people for doing it. These millionaires give each other awards and then stand up at the podium and rain hatred on Trump, thus insulting some 40 million audience members who earn one tenth of what the stars make for working ten times as hard. That’s a sign of no humility. No kindness. No self-awareness. If those 40 million people decide to stay home when the next Streep or Clooney movie comes out, who can blame them?