Remember when you could turn to the Associated Press for a respite from liberal media bias?
Those days are fading fast in the Age of Trump. And the decline can even be seen in the AP’s entertainment coverage.

Consider the wire service’s hot take on Stephen King’s latest anti-President Trump Tweet. Yes, the august news service not only pays close attention to celebrity tweets but concocts stories based on them. The King tweet included an ugly comparison to dead kids murdered by a killer clown. 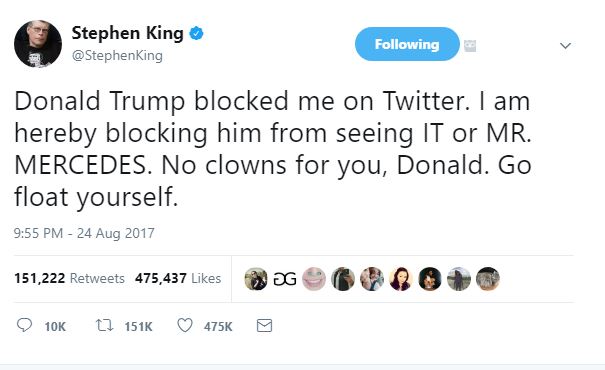 Not those where liberal stars show their ugliest selves, though. So when director Joss Whedon claimed on Twitter that Trump could start rounding up and killing gay people Team AP sat on its collective hands.

The King/AP story is embarrassing at first blush but gets worse as you read it through.
Turns out the horror author is “resisting” President Trump by forbidding him from seeing the upcoming It or the TV series Mr. Mercedes.

“…the Maine horror author said he would block Trump from seeing the upcoming movie It or the currently showing television series Mr. Mercedes, both based on his books.”

The hotly anticipated It follows a group of children haunted by a clown named Pennywise. "No clowns for you, Donald. Go float yourself," Tweeted King, riffing on his classic line about how dead children “float” once Pennywise gets through with them.

Why would King stop Trump from seeing his handiwork? King hates Trump on a good day, and Trump recently blocked King on Twitter. That’s the same action a gazillion other people do every day on the social media network. So King fought back. 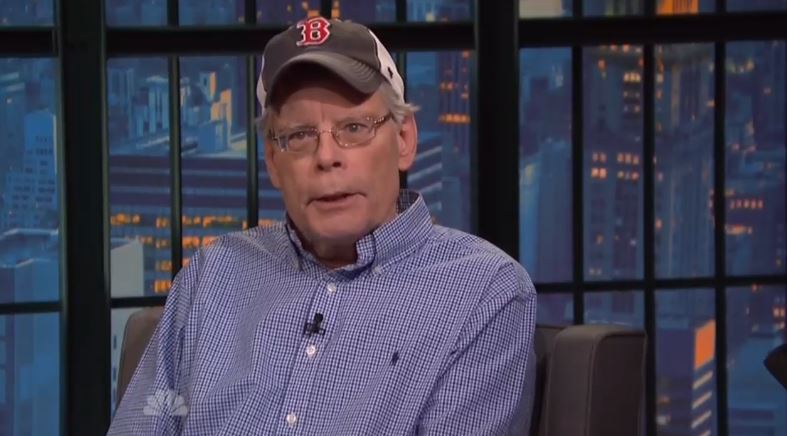 Silly, right? Not worth an ounce of our time? Sure. Left unsaid: How could King or anyone else prevent the President from watching any show he pleases?

The whole idea is rigorously dumb. Yet the AP states it as fact. It underscores just how lame the story is, and why the AP ran it in the first place.

If you said, “to belittle a sitting president,” you’ve won!

Naturally, other outlets shared the story far and wide. That’s what happens when the AP sends out a feature. It gets picked up by newspapers and web sites across the Internet. Now, everyone knows of King’s childish prank and what the AP thinks is news worthy.