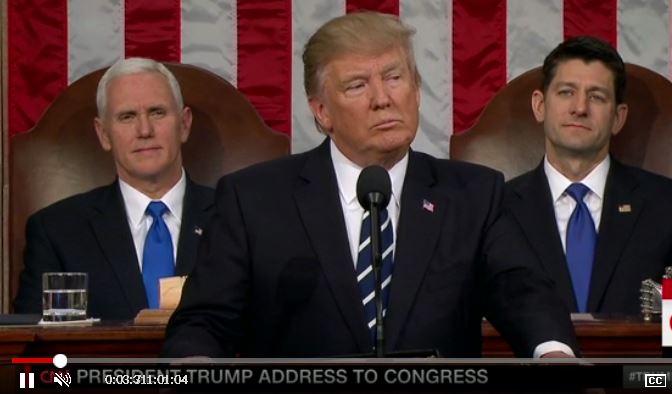 Did you know your tax dollars support articles that all but label President Donald Trump racist? And suggest the same of your favorite singers, too?

The headline alone is all you need to read: “White Nostalgia Didn't Start With Trump — Just Look At Classic Rock”

Suddenly, the soundtrack to our lives has been thrown under the bus, and we helped fund it. It begins, of course, with calling Trump’s signature appeal racist.

For more than a year, Donald Trump has harped on white nostalgia.

A hearkening back to a rosy, but ambiguous, time in American history with his Make America Great Again slogan propelled his presidential run. It was a message, though, largely not embraced in minority communities, given that blacks, Latinos and women were fighting for equal rights during the same period Trump has indicated he believes America was great (the Industrial Revolution and the post-World War II 1940s and '50s).

Give the NPR scribe credit. He doesn’t mince words. Not a bit.

It wasn’t enough to slam Trump as a racist, though. Now, it’s time to connect the President to classic rock.

But appealing to white (specifically white male) nostalgia is nothing new. It was a consistent strain within pop rock of a generation ago (now, the Classic Rock popular with older, white men).

The writer then shares classic song lyrics from Tom Petty, Bruce Springsteen and Billy Joel that hearken back to a simpler age. In each case, it’s about nostalgia for the past, or at least the past that shares less wrinkles than the present.

It’s like fondly recalling an old flame and forgetting about the fights that led to the breakup.

Note to the NPR writer; it’s always about race, and equal rights and elements of the past we’ve (rightly) left behind. To liberal scribes, we cannot look back at the past with any fondness because of the cultural inequities of the era.

To do so makes one a racist. It’s that absurd.

The writer begrudgingly gives the aforementioned singers a pass. The rockers realize, in song, that looking back isn’t necessarily healthy. Phew. For a minute we feared Springsteen, whose liberal bona fides are crystal clear, was just as racist as our president!

Then, it’s back to the main assignment – boost the Democrats and tar Trump. Again.

Democrats, because of a recovering economy quarterbacked by their president, largely missed how this economic recovery had resurfaced those resentments (which also led to immigrant scapegoats).

Maybe Obama's “recovery” isn’t quite as robust as indicated?

Conservatives have been pining to pull government funding from NPR for years. Why?

Government shouldn’t be in the media business. There are plenty of listeners who would either pay to hear their favorite NPR programs are suffer through some ads to support it.

Add sheer liberal bias, like the kind indicated here, as yet another reason many conservatives cheer President Trump’s promise to rip NPR from the government’s teat.