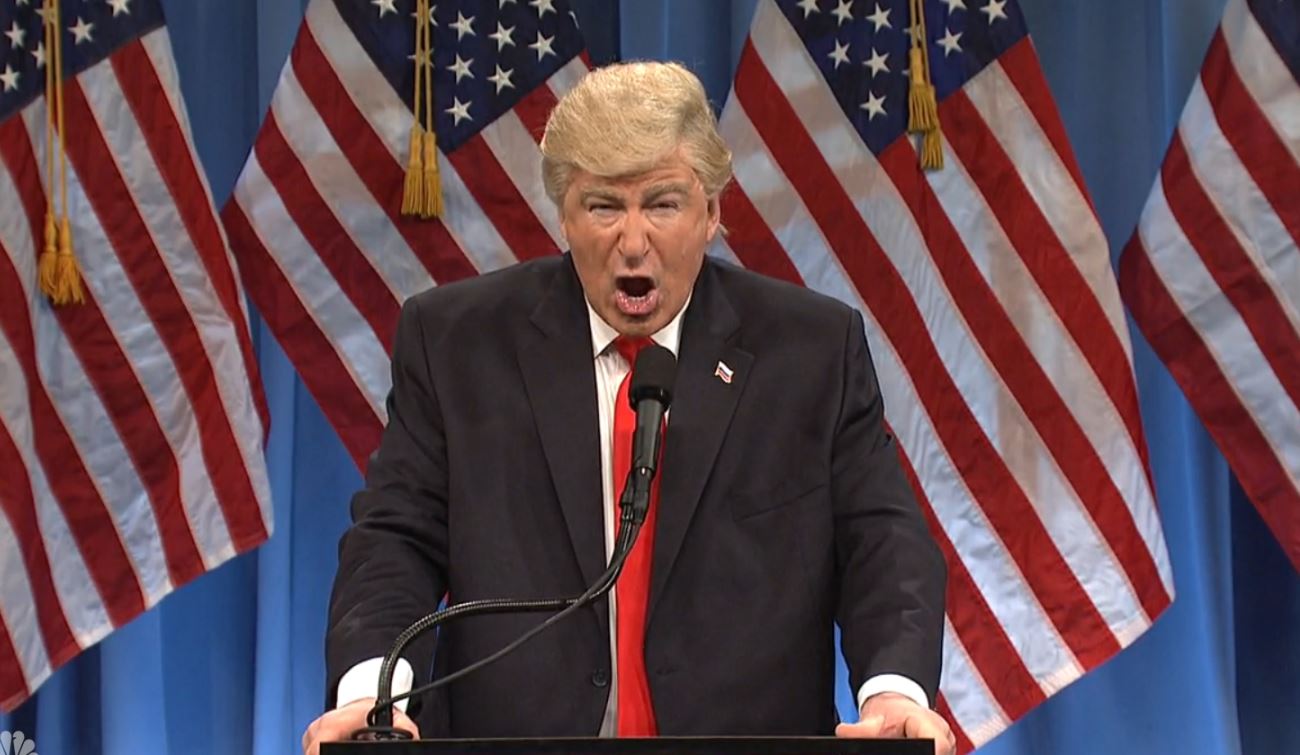 Don't expect the media to fact check any sketches painting President Trump in a bad light. Reporters are too busy cheering them on.

Yes, it did happen. Only the sketches aimed at the first black president were so rare they became a special event, like a holiday of sorts.

One sketch took Obama to task for his thin record. Another poked fun at the infamously awful ObamaCare web site rollout. Even a show as politically biased as SNL couldn’t ignore that flop.

And when SNL did poke fun at Obama, something it had done to every other president with far more frequency, the media took notice.

Reporters fact-checked some of the skits in question. Yes, journalists tasked with keeping politicians honest, ensuring government transparency and giving voice to the voiceless covered a comedy show.

It happened more than once.

In 2009, CNN fact-checked an SNL bit claiming Obama hadn’t lived up to his promise roughly one year after becoming president. Why hadn’t he closed Guantanamo Bay? What about his health care plans?

CNN devoted a lengthy segment to the sketch, declaring where it was true and how, according to its panel, the jokes missed the mark.

Arguably the biggest all news network stopped cold to fact check a comedy routine. And it wouldn’t be the first time.

The Washington Post blew the whistle on SNL in 2014 following a sketch blasting Obama’s executive order on immigration. Here’s part of its fact check report:

This skit got a couple of things right, and a couple of things wrong. For starters, Obama didn’t sign an executive order. He is taking executive action, in particular by directing the Department of Homeland Security to expand programs that defer deportation for classes of undocumented immigrants — parents of U.S. citizens or permanent-resident children, as well as undocumented immigrants brought to the country as children. …

The august paper went so far as to defend the fact check despite serious mockery from conservative news outlets.

“I was simply using the SNL skit, which many people viewed online and on TV, as a launching-off point for a discussion about President Obama’s immigration action,” Washington Post policy editor Zachary Goldfarb told the Washington Examiner.

How many other SNL skits launched similar discussions?

Fact checkers didn’t lay a finger on either Stephen Colbert or Jon Stewart during their individual Comedy Central reigns. The two liberal comics spent years trashing the GOP and playing defense for Democrats. All the while, the media fact checkers sat on their hands.

Not a single reporter raised his or her hand and said, “wait … you got the facts wrong in that comedy sketch. Let’s set the record straight.”

In fact, journalists hailed the two as the Mark Twains of our age. Media outlets openly mourned when Steward decided to step down from his Comedy Central perch.

All the while, media outlets took glee in sharing their combined efforts, turning partisan political comedy into “news” for the masses.

It’s what we’re currently seeing now with SNL media coverage. Only the reporters are treating every sketch, particular ones featuring Alec Baldwin as Trump, like an executive order. Could it have something to do with the party currently in the White House?

Seemingly every time Stephen Colbert makes a comment about President Donald Trump Deadline.com is there with a story about it. The same is happening to other major Hollywood outlets. That means every gag, every press conference spoof is amplified for the masses. It’s often done so in a positive way, too.

It’s the best free publicity a comedy show could ever receive. And SNL is getting special treatment within this “new normal.”

The show’s anti-Trump sketches enjoy saturation coverage in more than just TheWrap.com and Variety. The Associated Press makes sure to note every Trump slam week after week.

Powerline’s John Hinderaker recently asked why these kinds of news services are covering every minor note played by SNL’s Not Ready for Prime Time Players. Here’s his answer:

The only explanation is that Democratic Party news outlets report on Saturday Night Live skits because they want to amplify SNL’s anti-Trump message. “Respectable” news outlets like the AP can’t publish absurd comedy skits ripping President Trump, much as they might like to. But by covering Saturday Night Live, they turn such meaningless attacks into fake “news.”

It’s why journalists had to “fact check” those rare sketches that spoke truth to power about the Obama years. And it’s the reason we’re seeing massive media coverage for comedy skits.

Part of what makes news “news” is how often it happens. When SNL finally decided to poke fun at Obama you could argue that was news. It was rare, and it caught the culture by surprise. If Colbert makes fun of Trump on 20 out of 20 Late Show monologues … is that really news?

Or is there another reason to report on it, word by word, so breathlessly?

Of course, this points to a larger cultural truth, one reporters have learned all too well. Comedy matters in the 21st century. They saw how SNL’s gleeful takedown of Gov. Sarah Palin influenced the way voters saw her.

It’s why those fact checkers once rushed into battle on Obama’s behalf. If SNL or half the late night comedians decide to pounce on a particular comedy narrative involving a Democrat, it could do serious damage to their political careers.

Just don’t expect those fact checkers to kick in over the next four years. Our hopelessly biased press is actively cheering on Trump’s descent. Just look at the avalanche of fake news in the first three weeks of the Trump administration. Every single item cast Trump and co. in a negative light.

And they were all wrong.

Now, if SNL actually made fun of the press for its abysmal performance over the past month it would be both hilarious and timely.

And, most likely, it would earn the first comedy fact check of the Trump era.