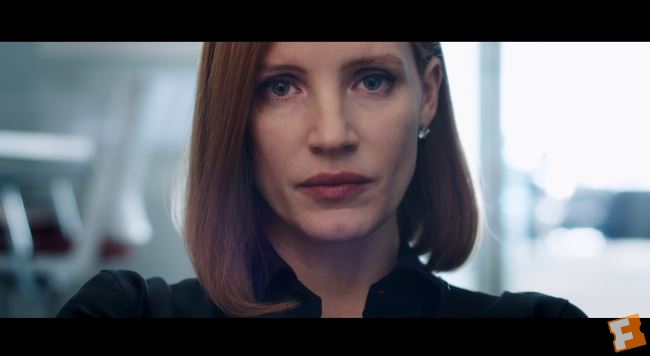 Hillary Clinton nearly threw out her shoulder playing the Gender Card during her recent White House.

Now, the minds behind the Twitter account for Miss Sloane are milking one of Clinton’s failed feminist memes.

The film stars Jessica Chastain as a powerful lobbyist taking on a pro-Second Amendment group. It’s unabashed gun control propaganda, despite the stars’ collective denial on the subject.

Chastain’s character is ruthless, smart and uncompromising. She’s a “Nasty Woman,” and the film’s marketers are darn proud of it.

The “Nasty Woman” comment originated with Donald Trump. The reality show star hurled it at Clinton during the final presidential debate. Clinton’s surrogates seized on the slam, trying to steer it into a compliment. 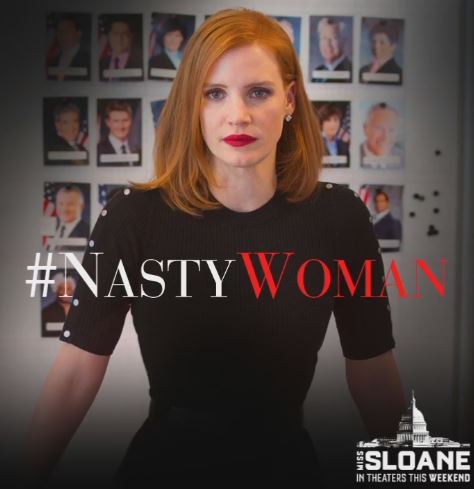 A nasty woman is strong, powerful and takes no prisoners, they cried. It’s impossible to take the politics out of the phrase at this point. That’s the point of the marketing push.

It’s the second time this year a major film piggybacked on the Clinton presidential campaign. Remember how Ghostbusters latched onto Clinton via an appearance on Ellen? Later, the official Ghostbusters Twitter account gave Clinton some social media love. The Tweet was quickly erased.

How did that work out? Ghostbusters became one of the year’s biggest box office failures. The studio took a $70 million hit in the process.

Miss Sloane positioned itself as an Oscar contender with its late Fall release date. Yet the reviews are far from fawning, and it’s been virtually ignored by the early critics group nominations.

Those “Nasty Women” better rally bigly to save the film from a box office letdown.