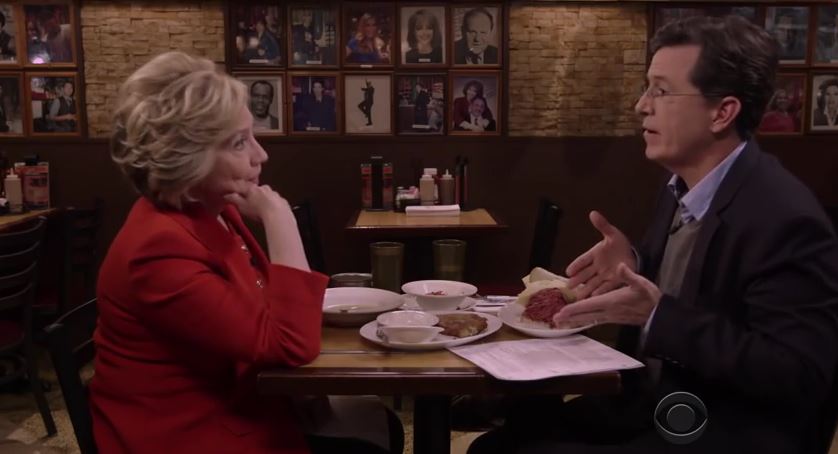 Johnny Carson delivered, and he did so without revealing his party affiliation.

That was then. Now, we have late night comics choosing sides. Some, like Trevor Noah, Larry Wilmore and Seth Meyers, are essentially signing up for Hillary Clinton’s presidential campaign.

On Late Night with Seth Meyers, the host leveraged his podium to scold Bernie Sanders supporters. Why? They’re refusing to play nice at the Democratic National Convention in Philadelphia.

“Hey! Pay attention. We are on the cusp of electing a racist demagogue, and that never ends well. I don’t know what class you ditched to go to those Bernie rallies, but I have a feeling it was history.”

Not to be outdone, The Daily Show also appeared to drop all pretensions of neutrality. Noah’s message to Bernie Sanders’ supporters? Vote for Clinton … or else.

“[Bernie Sanders] spent the last year teaching people to dream the impossible dream — universal health care, trillions in infrastructure, free college, all paid for with historic tax hikes. And now in a room full of the people who love those ideas he’s coming out like a disillusioned Peter Pan.”

“Clap all you want. Tinker Bell is not coming back. This is real life,” Noah said in his Sanders impression. While his fans vowed to follow him “anywhere,” as soon as Sanders said, “I think we should vote for Hillary,” they countered with, “F*** you, old man!”

Noah wrapped the segment by slamming the Feel the Bern types to aim its boos elsewhere.

“You can’t give the same boo to Hillary as you do to the discrimination of gay people, it’s not the same thing,” he said.

He made his intentions perfectly clear in a subsequent segment.

Not to be outdone, The Nightly Show with Larry Wilmore also flashed his “I’m With Her” button. The low-rated host didn’t dance around the subject. It’s vote for Clinton. Period.

“After witnessing the full blown circus of the RNC last week, it’s clear that the future of America rests solely in the hands of Hillary Rodham Clinton,” Wilmore said. “We desperately need you to keep us from imploding into the abyss, girl.”

Wilmore then brought out DJ Khaled to give Clinton tips on defeating Trump. Clinton is struggling mightily with Millennials. So having a music star unabashedly endorse her is exactly what Wilmore and co. wants.

Now, this isn’t your ordinary presidential election. The aforementioned late night comics would be pushing the Democratic hopeful no matter who the Republicans ran. Their track record confirms that.

The fact that it’s Trump, a man with no real grasp of our political system and a penchant for saying outrageous things, makes it different.

Their stances still put them in a baldly partisan position. Will that hurt them with viewers, roughly half of which will vote for Trump, reservations and all? Or, will the days where Carson tacked to the center be seen as crusty nostalgia?

For what it’s worth, Colbert isn’t done with the DNC. He opened up Wednesday’s broadcast by mocking the celebrity-drenched “Fight Song” cover made in Hillary Clinton’s honor.

You may never see a more toothless satire than the clip below.