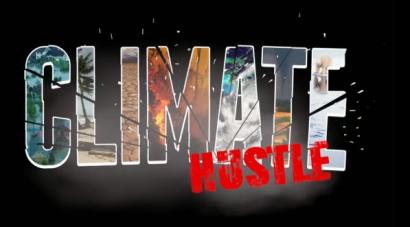 Reporters often take their time "debunking" documentaries, assuming they ever do at all.

Take the sexual assault expose The Hunting Ground. Most of the attacks on the film came after it hit select theaters and was about to make its CNN debut. The anti-vaccination film Vaxxed also got some scrutiny mere days before its planned Tribeca Film Festival screening.

And then there’s Climate Hustle.

The film doesn’t hit nearly 400 theaters until next month via Fathom Events. The press already is working overtime to debunk its narrative.

That makes it a rarity in film circles.

Now, with Morano’s coming soon, reporters are using their media pulpits to attack the film.

The Washington Post pitted climate change activist Bill Nye “The Science Guy” against the film’s arguments. The outlet cautioned readers to listen to the celebrity, not Morano and co. It’s all about politics.

The [climate change skeptics] are often aligned with conservative think tanks and political leaders who challenge the science on ideological grounds.

Left unsaid: many in the climate change camp have an ideological basis for their beliefs. Some, for example, suggest draconian measures that fall firmly in line with liberal policies. Others wouldn’t mind seeing climate change deniers jailed for their contrarian views.

Ex-Alaska Gov. Sarah Palin is not deterred by the latest alarming reports of warmest-on-record months or scientific studies that the Arctic is warming faster than the rest of the planet.

Variety reported on a Climate Hustle screening in a “just the facts” style. The entertainment site couldn’t resist a parting shot, though. The publication cited a four-year-old label from a far-left outlet.

Media Matters for America, a politically progressive media watchdog group, named Morano the “Climate Change Misinformer of the Year” in 2012.

The New York Times tried to tie the word “conservative” to the film as much as possible, a tag rarely used for left-leaning documentaries.

The film was co-written and is narrated by Marc Morano, a professional antagonist of liberals and environmentalists who cut his chops working for right-wing luminaries like Rush Limbaugh and Oklahoma Senator James. M. Inhofe.

Audiences can see for themselves when Climate Hustle hits select theaters May 2.