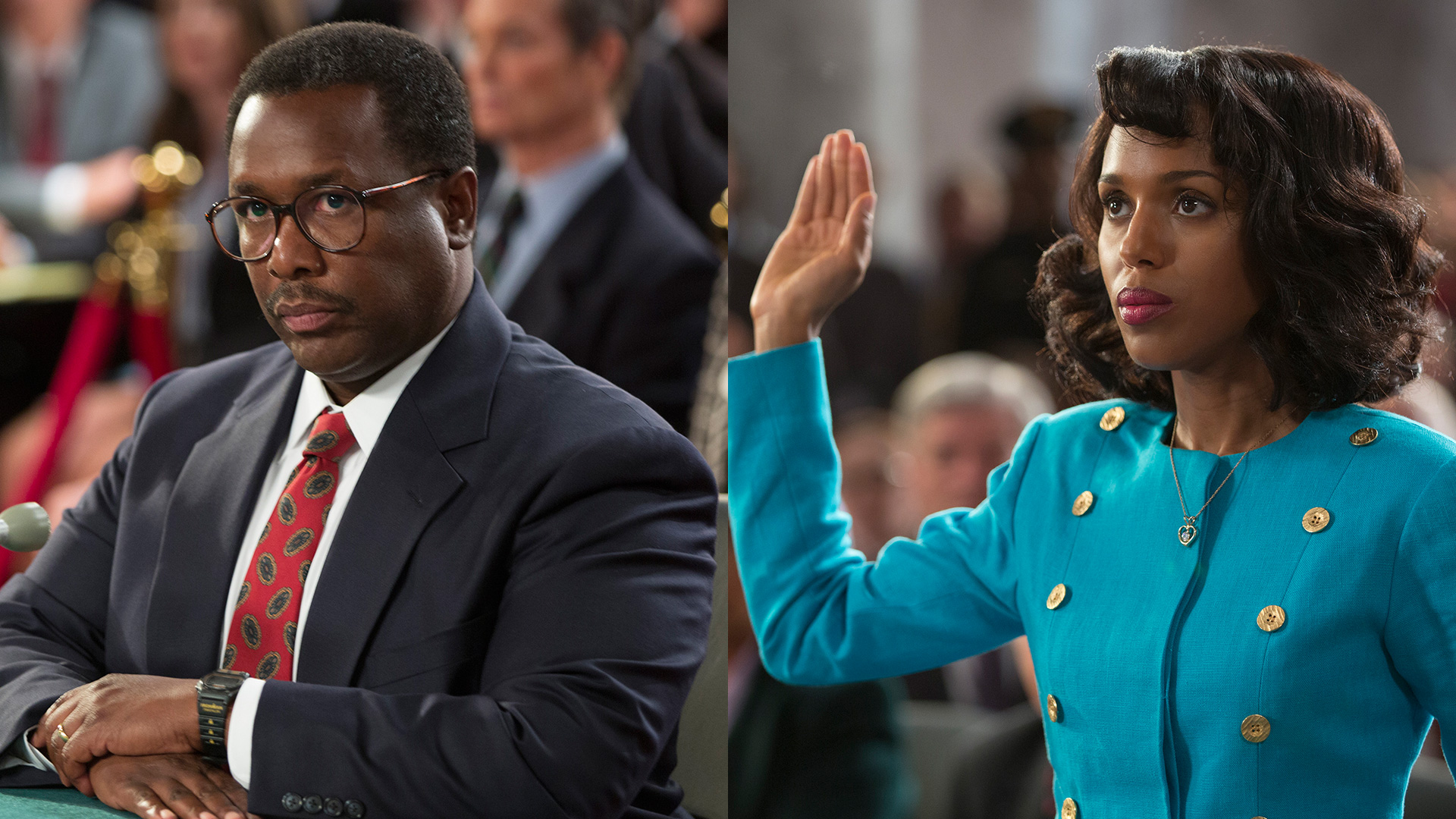 We're about to re-live the Clarence Thomas confirmation hearings all over again, courtesy of HBO.

Some of the real-life Republicans who played key roles in the film aren’t happy about the production. They cite an early version of the script they deemed unfair and floated potential lawsuits against its depictions.

Who’s right? We won’t know until the film debuts, but here are four signs Confirmation may be heavily tilted in Hill’s favor:

-- Guess Who’s Doing Press for the Movie? – Yes, none other than the actual Anita Hill is making the rounds, talking up the film on HBO’s behalf. If the movie mocked her allegations, or painted her as anything but a truth-teller, would she happily take time to promote the movie on HBO’s behalf? Hill hit some softballs thrown by NBC’s Savannah Guthrie last week. She also attended the film’s premiere bash along with prominent Democrat Sen Barbara Boxer.

-- Washington’s Overt Bias – Scandal superstar Kerry Washington isn’t just one of Hollywood’s most outspoken liberals. She also clearly is on Team Anita. Here’s what she told Entertainment Weekly about her role in the film, which she also produced. She has played real people on screen before, but Confirmation offered a fresh challenge. “This was different because Anita’s not just a real person who is alive – she’s iconic.” She also said she was inspired to tackle the role after watching the 2014 documentary Anita, which heavily tilted the he said/she said argument in Hill’s favor.

-- It’s HBO – The pay channel is known for producing some of the most creative, cutting-edge material over the past 20 years. HBO’s political bias is equally renowned. The Sarah Palin hit piece Game Change. The liberal-leaning TV movie Recount. Shows like Last Week Tonight and Real Time with Bill Maher. And let’s not forget how many HBO executives write checks for Democratic candidates.

-- Thou Doth Protest Too Much – In Hollywood circles bias is seen as bad for business. Tell a story that favors roughly half the nation, and you’ve just lost the other half. It’s why Johnny Carson presented a middle of the road image with his political gags. HBO executives are rushing to Confirmation’s defense with bromides about being fair and balanced. Yet they claim past HBO telefilms like Game Change and Recount weren’t biased, either. Balderdash. Consider what Entertainment Weekly said of the film.. Or just ask Recount co-star Kevin Spacey.

… and here’s a sign the film may be more fair than expected:

-- Critics Aren’t Happy – The early Confirmation reviews reveal some scribes are seething over its portrayal of Thomas. The film, they argue, makes the future Supreme Court justice look resolute in his own defense. Indiewire.com’s review oozes contempt for daring to show such a side to the saga. The reviewer assumes Thomas is guilty, and therefore any attempt at treating him fairly is a mistake.