Talk about a slam dunk news story for our celebrity-saturated times.

Unexpurgated rapper Azealia Banks launched one of the nastiest personal attacks against a politician in recent memory. How gross was it? Even Donald Trump wouldn’t stoop this low. Not on his worst day. 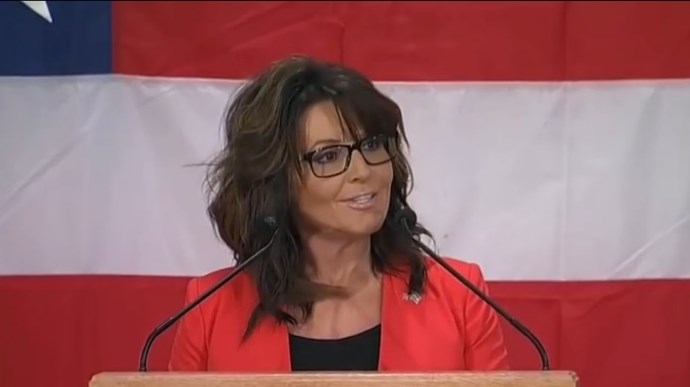 The attack? Banks wished a group of large black men would gang rape Palin. Why? Banks got snookered by a fake news story saying Palin approved of slavery. So Banks got angry. Very angry.

Except the media isn’t quite sure what to do with the story.

The Hollywood Reporter has ignored it so far. So has Variety. And Deadline.com, too, for that matter. Deadline.com did find enough cyber-space this week to run this exclusive, “Hillary Confesses to George Clooney Crush on The View,” the news equivalent of “Dog Bites Man.”

TheWrap.com didn’t pounce on the story right away. When it did, the industry publication led with Banks’ faux apology.

Entertainment Weekly’s web site also missed the story, but tried to catch up by playing up Banks’ subsequent apology.

The Washington Post covered the vicious smear, but it tried very hard to make Palin an equal partner in the feud. “Both are provocateurs pushing their brands,” the Post sniffed.

The Post then mocked conservative media outlets for covering the story in the first place.

What followed was a stream of graphic tweets on Sunday — many since deleted, but preserved by the ever-watchful right-wing Media Research Center and Breitbart — that suggested Palin engage in variety of sex acts with black men.

So conservative media outlets should be taunted for covering the feud in the first place. Is The Post “ever watchful” when it covers a story in a timely fashion?

More importantly, the Post soft-pedals Banks comments. The newspaper described the tweets, since deleted, as suggesting, “Palin engage in variety of sex acts with black men.” What she actually said was far, far worse.

The Young Turks, a liberal media outfit, captures the whole story and offers up a welcome sense of outrage. (Warning: very graphic language)

When Breitbart News swiftly covered the story (full disclosure: this reporter once worked at the news site) generated more than 18,000 comments. That means it’s a popular article. Aren’t media outlets chasing clicks in 2016?

So why didn’t more entertainment outlets cover it? Could it be the target in question isn’t worthy of any defense, in their eyes? Or is it plain, old media bias 101 since a conservative was in the cross hairs?

Thought experiment. Had a liberal or even an apolitical figure been attacked in such a fashion, would the response be the same? And how long would the media run with this story? Days? Weeks?

Earlier, in 2008: Sandra Bernhard: Palin Would Be Gang-Raped By Blacks in Manhattan