You can't please everybody, especially hard-left film critics who don't cotton to heroism draped in the American flag.

13 Hours: The Secret Soldiers of Benghazi isn’t getting pummeled by critics in the grand Michael Bay fashion. It’s still angering critics who treat any film with masculine heroes fighting for their fellow man as cliches, cartoons or worse. 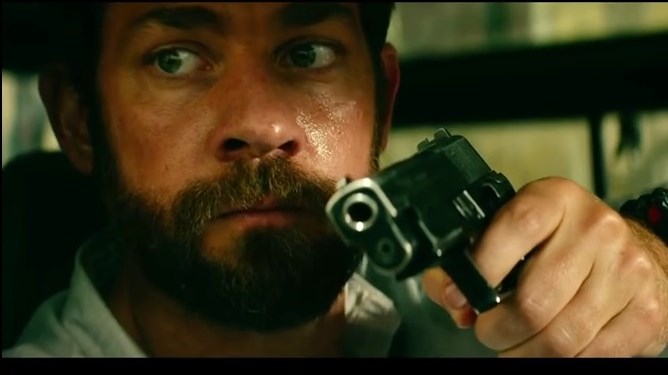 It stars a half dozen interchangeable bearded, buff men with names like Boon, Tig, Rone, Bub and Oz.

Does it matter that the men who fought so valiantly that day were actually named Boon, Tig, Rone, Bub and Oz? The reviewer also whines about the film’s timing, even as we’ve seen pop culture outlets drop entertainment bomb after bomb on the GOP to score points.

Don’t tell me this movie isn’t political. Michael Bay’s Benghazi bonanza is timed for release just before the Iowa caucus and the New Hampshire primary. It’ll hit DVD in time for the general election.

The LA Weekly review is even more hysterical. Critic Amy Nicholson starts with this question that comes to mind when we hear the word “Benghazi.”

“Wait, what happened? And why are we mad?”

We’re mad because Hillary Clinton blamed the coordinated terrorist attack on a YouTube video to the families of the dead and the media rolled over rather than speak truth to power. We’re seething because some of those who died that day might still be alive if help could have reached them in time.

Nicholson is furious … because the men in the movie are men.

13 Hours is a love letter to our men in uniform. I can’t say men and women, because these films are always about the manliest of men, guys who lift weights, drink Budweiser and crack jokes like, “You lose your tampon?”

Of course, these men also mourn for lost time with their loved ones, worry about their kids being raised by a new father and melt as they Skype with their children. That nuance escaped her attention.

She then complains that the film doesn’t mourn for the Libyans killed during the transition from dictator Muammar Gaddafi’s reign. Really? She’s dinging the film for not showing extended sequences of funerals for random victims? When you’re in full nit-pick mode there’s nothing to stop you.

She then bolsters her screed by quoting from another hallowed film critic: Omar Gawaari. Who’s that? Libya’s Culture and Information Minister, that’s who.

The Houston Press’s review recoils at the notion that these soldiers are heroes.

[Michael Bay is] the perfect filmmaker to glamorize the actions of a shadow organization created to provide off-book protection services to America’s skunk works.

Here’s betting the Americans who owe their lives to Oz, Tig and co. would categorize them as heroes in a heartbeat.

The Atlantic offered a more sober 13 Hours takedown,arguing that the material in question shouldn’t have been addressed three years after the fact.

People cried “too soon” at the idea of a Benghazi movie coming out just a few years after the attacks, and they were right to, not just for reasons of sensitivity.

Hollywood was making one anti-Iraq war flop after the next during the Iraq War. Wonder if The Atlantic wrung its hands over that timing.

Newsday’s Rafer Guzman clearly saw the first half of 13 Hours but may have dozed off during the second.

13 Hours doesn’t just lionize its American soldiers, it oozes disdain for everyone else. That includes puffed-up bureaucrats, prissy British guys, Yale-educated bozos in Washington and women who don’t know their place.

He’s right … and wrong. The movie does pile on at times, but once the fighting starts even the characters (both American and Libyan) who could be dismissed as know-nothings are given a sense of dignity and honor that’s both unexpected and refreshing.

And one of the “women” who doesn’t know her place displays a bravery most men wouldn’t show in the film’s later sequences.

What’s the takeaway with the response to 13 Hours? Any movie depicting heroic military types risking their lives against people from a foreign country, no matter the scenario or context, will be rhetorically trampled on by select film critics.