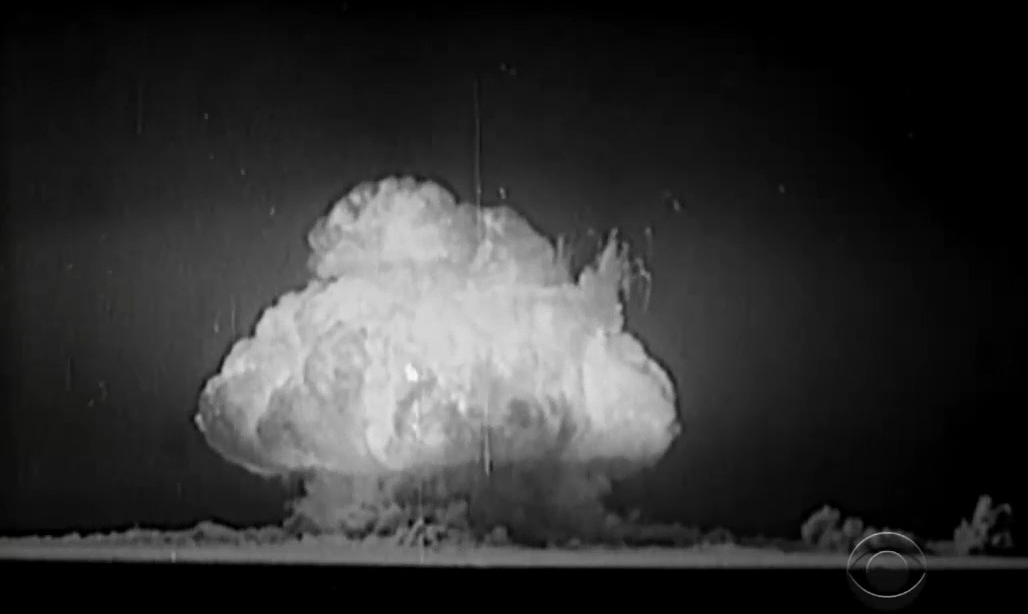 On Wednesday, The New York Times published an op-ed from guest contributor Steven Buser, a clinical psychiatrist who previously worked for the U.S. Air Force. Unfortunately, instead of providing actual insight about President Trump’s mental health, Buser used his authority as a former evaluator of airmen who worked with nuclear weapons as a license to commit psychiatric malpractice. Without providing any concrete evidence, Buser portrayed Trump as a potential existential threat who is mentally unstable enough to launch an “impulsive first strike nuclear attack” on some unnamed foe. In response to this imaginary crisis, Buser urged Congress to pass a bill that would seriously hinder America’s capacity to respond to nuclear threats.

Buser introduced his piece by laying out the basics of the Nuclear Personnel Reliability Program (P.R.P.) and its importance in keeping the country safe, but did not linger for long on the technical specifics of the program. After admitting that White House physician Ronny Jackson’s evaluation of Trump showed that the President was “no doubt” in “decent shape,” Buser moved straight to his argument for why Trump is too mentally unfit to be allowed to handle America’s nuclear arsenal [emphasis mine]:

I have not had the opportunity to examine the president personally, but warning signs abound. What if I had reliable outside information that Airman Trump displayed erratic emotions? That I saw very clearly that he was engaging in cyberbullying on Twitter? That he had repeatedly made untruthful or highly distorted statements? That his language implied he engaged in sexually abusive behavior? That he appeared paranoid about being surveilled or persecuted by others, that he frequently disregarded or violated the rights of others?

These are the sorts of things that set off alarms for Air Force psychiatrists. I certainly could not certify him as “P.R.P. ready” without more extensive psychological evaluation.

I can’t read Buser’s mind to figure out exactly what examples he was thinking about here, but his last line accusing Trump of being paranoid about surveillance seems to be a reference to the now-famous kerfuffle between the President and The New York Times over Trump’s claim that Trump Tower was wiretapped by the Obama administration. Even though the Times published a front page article last year with the headline “Wiretapped Data Used in Inquiry of Trump Aides,” which appeared to support that very accusation, NYT reporters attacked Trump as a paranoid liar for making it.

If that is the tired old point that Buser was trying to resurrect, then perhaps he would be interested in looking at more recent reporting by CNN that found the following [emphasis mine]:

US investigators wiretapped former Trump campaign chairman Paul Manafort under secret court orders before and after the election, sources tell CNN, an extraordinary step involving a high-ranking campaign official now at the center of the Russia meddling probe.”

The government snooping continued into early this year, including a period when Manafort was known to talk to President Donald Trump.

Whoops, looks like Trump wasn’t crazy after all. If the rest of Buser’s unspoken examples are as bad as this one, then his case is in serious trouble.

However, apparently unconcerned by the notion of having to actually back up his claims with evidence, Buser piled on to his baseless assertions by musing about how Trump’s rhetoric was partially responsible for the panic caused by Hawaii’s false ballistic missile alarm this past weekend [emphasis mine]:

It does not take a former Air Force psychiatrist to point out that our country finds itself in a place unlike any we’ve ever been before. Saturday morning’s alarm in Hawaii, as residents read alerts that incoming ballistic missiles were on their way, is a wakeup call to the very real danger we’re facing. Global tension and angst are significantly heightened.

We’ve been here a few times before, but unlike those other times our commander-in-chief adds, without equivocation, to this angst almost daily with his words and actions. We have always assumed that the person at the top has the mental fitness to meet whatever standards the Air Force set for the rest of the chain of command. What keeps me up at night? The realization that, at the worst possible time, we have a chief executive who I believe would probably fail the P.R.P.

Buser concluded his article by pleading for Congress to take action now to pass the Restricting First Use of Nuclear Weapons Act of 2017, a bill that would restrict the president’s ability to use nuclear weapons without Congressional approval [emphasis mine]:

It’s unlikely that the military will act on its own to require the president to submit to an Air Force psychiatrist’s evaluation. But there are other options. A bill in the House, with support in the Senate, called the Restricting First Use of Nuclear Weapons Act of 2017, explicitly prevents any president from initiating a nuclear first strike without Congressional approval. This should be common sense for any politician to support, because it assures that the checks and balances intended by the framers of the Constitution remain intact. But equally important, it remedies a glaring failure within the nuclear chain of command and mitigates one of the greatest dangers of our nuclear ages: the possibility of an unhinged president executing a calamitous decision that endangers millions of Americans, and potentially millions of others around the globe.

No president, including Mr. Trump, should have the unilateral power to begin a nuclear war. Congress must protect the American people, and taking away the option of an impulsive first strike nuclear attack is a clear and sane way to prevent a dangerous and insane result.

Unhinged pieces like this are the reason why the American Psychiatric Association established as one of its principles of ethics the following rule:

On occasion psychiatrists are asked for an opinion about an individual who is in the light of public attention or who has disclosed information about himself/herself through public media. In such circumstances, a psychiatrist may share with the public his or her expertise about psychiatric issues in general. However, it is unethical for a psychiatrist to offer a professional opinion unless he or she has conducted an examination and has been granted proper authorization for such a statement.”

Buser’s lack of a specific diagnosis (that is, not offering a “professional opinion”) for Trump may allow him to technically skirt this ethical guideline, but raising the alarm as he did about a sitting U.S. president being a threat to millions of lives certainly violates the spirit of the rule and displays a crass lack of respect for a profession that should never be politicized.