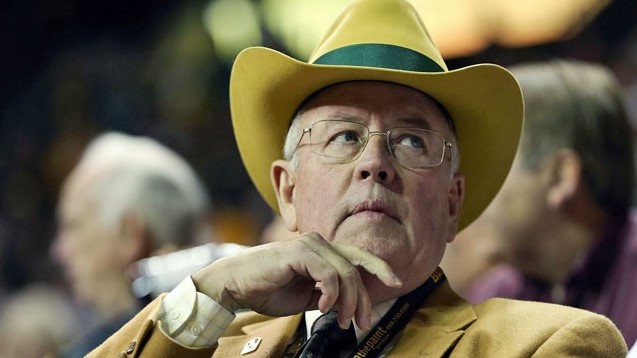 Following the sexual scandal that erupted at Baylor University, the nation’s largest Baptist university, fingers began to understandably point in earnest at those responsible for allowing this to happen. Football coach Art Briles was fired, and president Kenneth Starr was demoted.

However, in an article for The Huffington Post, Susan M. Shaw exploited the tragedy to blame the sexual abuse on conservative Christianity itself. “The underlying belief system that allows a Christian university to overlook sexual violence is a kind of misogyny related to particular conservative Christian convictions about women, gender, and sexuality.”

According to Shaw, a professor of "women, gender, and sexuality studies" at Oregon State, “many conservative Christians” view “Eve [as] a temptress, the cause of the Fall.” She does not supply any source for this “temptress” label. Also absent from her analysis is the fact that Eve’s initiation of the fall comes from the Bible itself (1 Timothy 2:14), rather than from allegedly “misogynist” conservative Christian convictions.

To prove that conservative Christianity views women as little more than temptation stimulators, Shaw cherry-picks quotes (with no footnotes) from Tertullian, Origen, and other ancient religious figures that most people haven’t heard of, much less read and applied to their lives.

Predictably, Shaw further equates the exclusion of women from public ministry to the Church’s “long history” of “justified exclusion and mistreatment of women” such as veils and chastity belts. “Because women are such a sexual temptation to men, women have been cloistered, hidden behind veils, imprisoned in chastity belts, and, in more recent times, excluded from public ministry.”

Returning to her original question, she offers this explanation as to why Christian universities “neglect to take sexual assault seriously:” “In the mix of our answers to this question should be a theological history of assigning women blame for sexual temptation and relegating women to subordinate status.”

However, the sexual assaults of Bill Clinton and Ted Kennedy’s actions in the death of Mary Jo Kopechne at Chappaquiddick are not enough for Shaw to rail against the Democratic Party an institution. Likewise the abuse of children by people like Marxist liberation theologian Fr. Francois Houtart or overtly liberal denominations like the PCUSA do little to provoke Shaw to charge progressive Christianity with promoting the oppression of women and children.