Even Salon Says 'the Left Has an Islam Problem'

The unthinkable has happened: Salon has called out the Left, saying "The Left has an Islam problem." On Tuesday, Sean Illing actually took leftists to task for refusing to discuss Islam in a more critical light. “For liberals in particular, it’s a kind of heresy to suggest that Islam, at this particular moment in history, has a problem. This is unfortunate, and it has to end.”

Illing lamented the tendency of the Left to think that all religions are equally susceptible to violence and bigotry.

All religions are not the same. All faith traditions are not equally wise or equally tolerant or equally peaceful….A devout Quaker and a committed Wahhabist have very different ideas about justice and equality and morality. And to the extent that Quakers and Wahhabists live by the light of these ideas, the differences between them are vast and consequential. All of this should be obvious to anyone paying attention, and yet it isn’t. 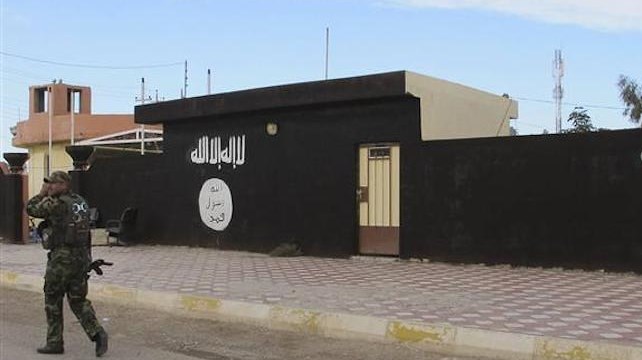 Illing then unveiled a vision of ISIS that Leftists can feel comfortable going to war against.

When liberals attack the illiberal values of Islamic extremists, who turn women into cattle and children into martyrs, this isn’t a defense of white liberals or even Western culture; above all it’s a defense of the hundreds of thousands of Muslims who continue to suffer under the yoke of theocracy and repression. We’re defending the gay Muslims being hurled off of rooftops; we’re defending the young girls being pelted with battery acid for the crime of receiving an education; we’re defending the freethinkers and the secularists and the advocates for equality and free speech in the Muslim world, who are, in almost every way, braver and more important than their Western counterparts.

Illing even condemned Leftists for their habit of blaming America for everything.

There’s a persistent taboo on the Left which demands that every incident of terror be attributed to American foreign policy….But Islamists aren’t killing cartoonists because the U.S. invaded Iraq. And ISIS isn’t exterminating the Yazidis because of America’s sordid relationship with Saudi Arabia….[I]f you think ISIS is merely a reaction against U.S. foreign policy, you’re dangerously misguided….Their hatred of infidels and their belief in martyrdom and armed Jihad have a scriptural basis, and it’s dishonest to pretend otherwise. Almost all of these manifestations of Islam are peaceful and perfectly compatible with a free and pluralistic society….Jihadists and certain Islamists want to impose their interpretation of Islam on the rest of society, including the West. This is a real problem, and it’s not reducible entirely to Eurocentrism or Western imperialism or illegal and murderous drone strikes – although these things matter a great deal. And it’s not “Islamophobic” to admit this.

Illing concludes with the observation that Leftists have the right and duty to criticize Islam when it is out of line.

The fact is, most Muslims are our allies in this fight, and that fact gets obscured when only Christian theocrats are critiquing Islamic extremists. Liberals and progressives and humanists ought to be able to say that there’s a problem within Islam, not unlike problems within Christianity and other religions at various periods in history, without being accused of bigotry. And we have to a draw a distinction between doctrines and people, ideas and communities. ISIS doesn’t represent true Islam, just as the Westboro Baptist Church doesn’t speak for Christianity. But both are religious problems, and one is clearly more dangerous and ascendant than the other.

This is not to say that Illing has completely seen the light. Throughout the piece he describes those on the Right as “bigots,” “Christian fascists,” and “theocrats” who hold to “regressive” and “toxic” beliefs, hate all Muslims, and are “animated by tribalism and hatred.”

Nevertheless, the fact that someone at Salon felt the need to lecture Leftists on their fear of criticizing Islam and propensity to blame everything exclusively on American foreign policy is uncanny to say the least.