Liberals have lined up to attack Carly Fiorina for her comments regarding the details of videos displaying Planned Parenthood’s murder and harvesting organs of unborn children. Not one to be outdone, Salon’s Valerie Tarico quickly found a veteran video editor from the Weather Channel who was willing to challenge the authenticity of all the Planned Parenthood videos in the most over the top manner possible. “They created abortion porn....The editor’s goal is for people to say, ‘Isn’t that terrible, let’s watch it again.’”

Garth Spruiell, the video editor in question, went so far as to say, “I spotted right away that I was looking at something that was a careful arrangement that wasn’t interested in getting at some balance or objective truth.”

This would be an imposing statement, were it not for the fact that Spruiell claims that objective truth is nigh impossible to get on film. 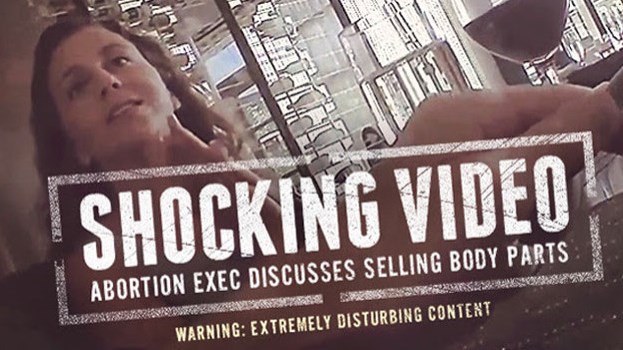 “[E]ven if you are framing from head to toe, you’re still framing. There’s almost nothing you can do that isn’t an edit in some way, and whatever you do you are telling a story, making a narrative. It was a long time before I came to the conclusion that a good story is a well-crafted assembly of lies. You can carefully arrange your lies to approximate the truth, and the best documentaries do that…most producers are concerned primarily with whether they have an audience or not rather than exploring some complex reality. Almost all documentaries tell the narrative that the producers want to tell.”

Producers telling desired narratives rather than the truth? That wouldn’t apply to Salon and its interview with Mr. Spruiell would it?

In any case, how exactly did Spruiell know that the filmmakers were not interested in truth?

“It had to do with the sounds that they were playing underneath the woman as she was speaking, the kind of lighting they had her in, the kind of cutaways . . . The most obvious was the fetus, of course, but there were edits that made what she was saying much more dramatic and sinister than if they just played the straight video.“

The Center for Medical Progress videos were designed to expose Planned Parenthood’s harvesting of organs from aborted children. How does a combination of foreboding music, lighting, and cutaways disprove these charges?

Even more outrageous is the fact that the video editor that Salon interviewed to bash Carly Fiorina and the CMP tapes admits he has not seen all the videos. “I didn’t watch them all, but I think I watched the one that Carly Fiorina referenced in the debate.”

So the film editor Salon used to supply the ammunition for their hit piece on Fiorina is not even sure that he saw the clip in question?

From here, the video editor drifted from his field of expertise and inched toward his soapbox.

Some people say it doesn’t matter—that even if they faked in the images, the mere idea is horrifying. Donation of fetal tissue may have saved millions of lives, but unless you work in surgery or at a morgue or in medical research, it’s disgusting….Did the woman on the video see what she claimed? Who knows….Organ donation saves lives, but to people who aren’t desensitized it’s horrible, whether we are talking about a fetus or a person who was in a car crash. When I saw the video it grossed me out even though I knew what the videographer was trying to do.

After this discourse, Spruiell, the man who doubts that the entire truth can be captured in a documentary gave his final diagnosis,

Do you want to tell a narrative that is pro- or anti- or the truth? The best way of conveying a reality may include dramatizing a bit but that’s just to provide some emotional context. A good documentarian looks at all of the footage; you decide what it means in post, not beforehand. The folks from the Center for Medical Progress had already decided on their reality. They have no business talking about reality.