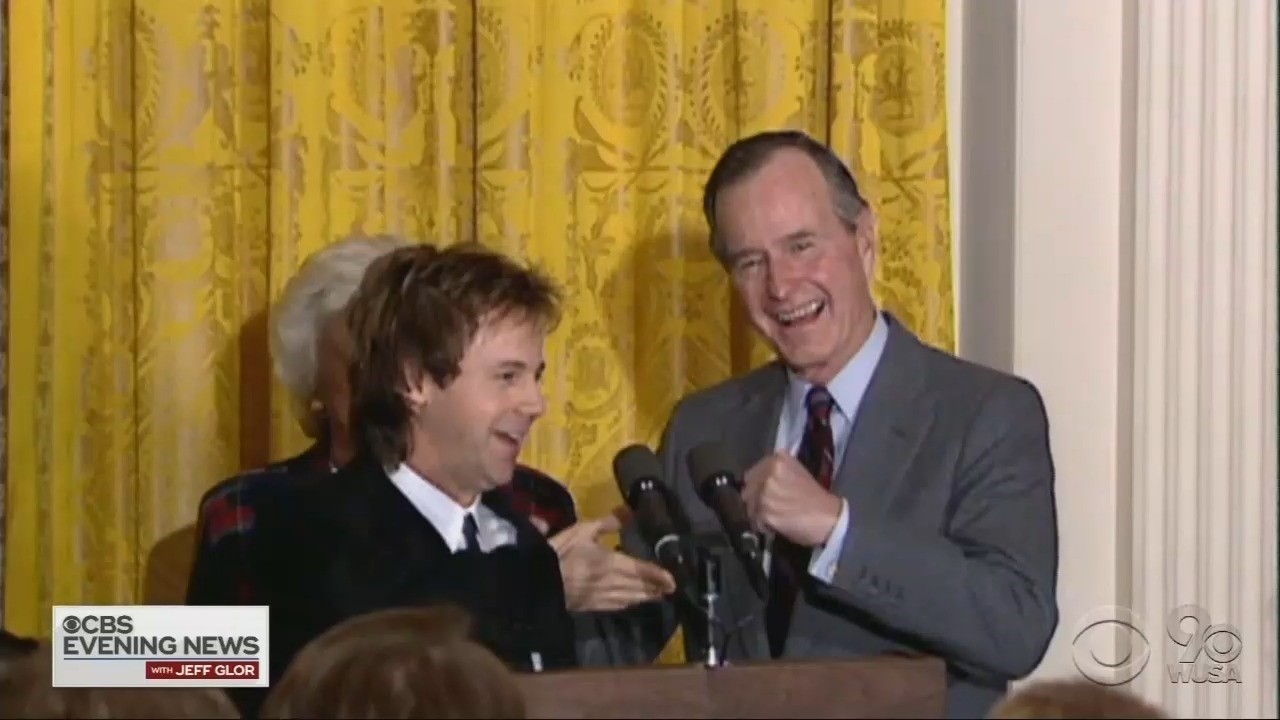 Everyone seems to have his own George H. W. Bush story. I'll give one that gives an insight to this man’s character.

Some years ago, we were at his home in Kennebunkport after having sped across the water in his infamous speed boat (yes, with Secret Service chase boats hopelessly trying to keep up) for lunch. We were going to say our good-byes when the former president asked me to accompany him upstairs to his simple office.

He fired up his computer, and entered an address. Howard Stern's face popped up. The president hit some commands and a page opened with a perfectly obscene pictorial about his son. He pointed at it, then turned to me with a strained expression. "Do people really do this to people?" He couldn't understand it. He opened a second link. More of the same, aimed at someone else (maybe himself; I can't remember).  Again the sad look. Again the question: "Why do people do this?" He opened a third one. Same question, same answer.

There were those who had accused him of being hopelessly out of touch with the common man because allegedly he wasn’t familiar with bar codes. In this sense I suppose they were right. I was looking at a man who was innocent, to the point of ignorance, about this damaged element in the American cultural soul. The man who could laugh at himself so publicly couldn't understand why anyone would find such viciousness to be amusing. This was the former leader of the free world and himself a warrior. He was also a husband and also a father seemingly crushed by such incivility.

I thought about him while reviewing these recent quotes, from another publication. How would he have reacted to them?

– New York Times columnist Bret Stephens on Sen. Ted Cruz: “Like a serpent covered in Vaseline...[the] type of man that would sell his family into slavery if that’s what it took to get elected, and then he would use said slavery as a sob story to get re-elected.”

– CNN host Don Lemon on Trump supporters: “We’re up against people who will lie, steal, and cheat, lie to their mother, lie to themselves about what’s right for this country, about truth and facts.”

– On “The View,” ABC’s Joy Behar on President Trump: “[He] realizes that women like him less than menstrual cramps,” and the women who still like him “don’t know the difference between a predator and a protector.”

– On HBO, “comedian” Sarah Silverman: “In a time where anti-Semitic crime is up 57 percent since this douchebag [Trump] has taken office, it is not lost on me that I am very lucky that I get a star and I don’t have to sew it on my clothes [like under the Nazis].”

– ABC late-night host Jimmy Kimmel: “I think there’s a compromise here and hear me out on this. So Kavanaugh gets confirmed to the Supreme Court. Okay. Well, in return we get to cut that pesky penis of his off in front of everyone.”

– Comedian and Vice TV host Tom Arnold: “Alcoholism stunts your emotional growth so if you start drinking alcoholically as a teenager, you stay a teenager emotionally until you deal with it. Explains a lot about Brett Kavanaugh. From his combative behavior yesterday to his unusual bond with teenage girls basketball teams.”

I didn't know the man well, though I always considered him one of the most decent men this country has produced in my lifetime. I’m glad I told him so directly. I never saw him again, so.I don’t know to what degree he tuned into that world of such human depravity. I hope he didn't. I hope President George H.W. Bush remained hopelessly naive.