In the long hot summer of television, gun control hasn’t been a big issue in the news media, which is not acceptable to its rabid cousins in the world of entertainment. For them, guns are the root of all evil, so let the story be told! 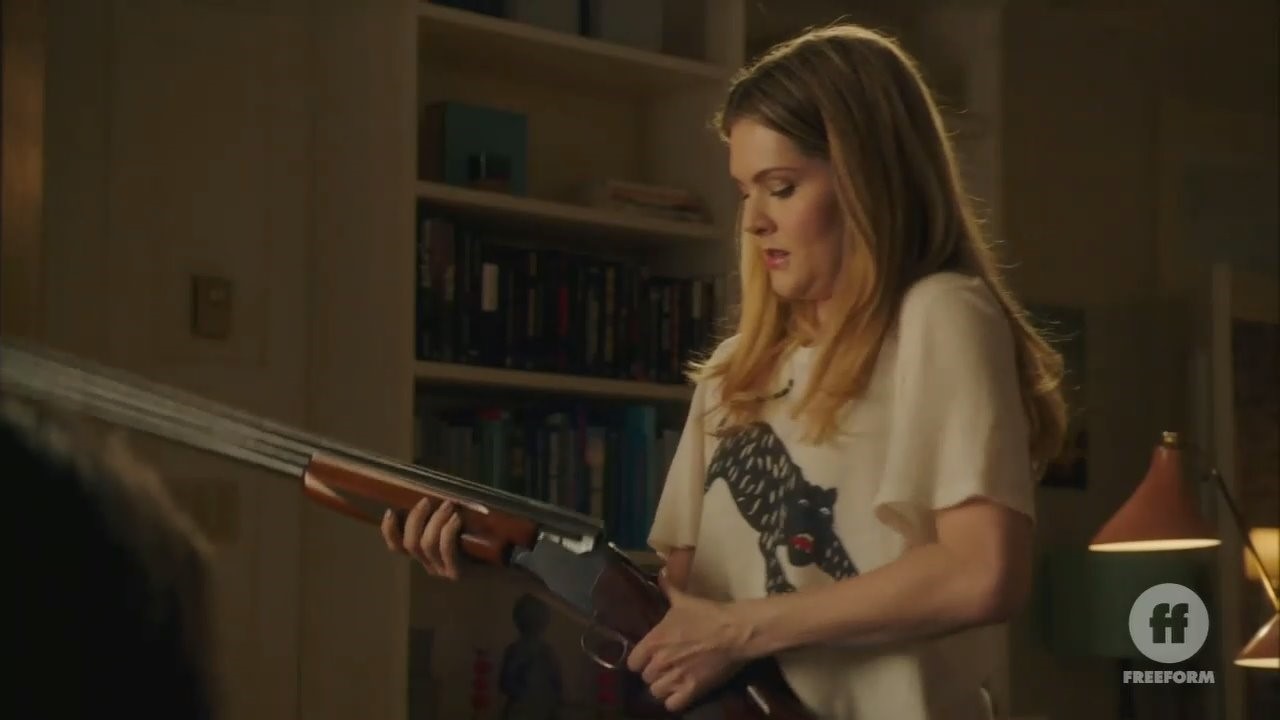 Take for example, a show called The Bold Type, that airs on Freeform (formerly ABC Family), about young women working at a magazine in New York City called Scarlet (think: Cosmopolitan). The July 18 episode features two roommates and workmates who get into an argument. Jane finds out Sutton (who comes from rural Pennsylvania) has a shotgun in the apartment. Jane yells “What else are you hiding from me? Do you have a MAGA hat? Do you watch Hannity? And do you drive a monster truck? Because otherwise, I don’t understand why you have a gun.”

This is a classic eruption of coastal elitism: guns are for Trump-loving, Fox-watching rednecks. Jane lectures Sutton that “half the country knows that our lawmakers are bought by the NRA and think that gun ownership is barbaric.”

The plot evolves into cartoonish propaganda. At the episode’s end, Sutton actually melts down her shotgun to make earrings. Amanda Lasher, who runs this show and belongs to the gun-control group Moms Demand Action for Gun Sense in America, told the trade paper Variety that “I think we need to reduce the gun culture in America, but I think that we will only succeed in that if we are having open, respectful conversations with people who do own guns.” She compared it to the #MeToo movement, as if gun owners were similar to sexual abusers.

In her fictional scenario, the “conversation” helped Sutton the millennial shotgun owner realize ”you get older and you’ve outgrown [guns] but you’re not quite ready to let them go,” as Lasher explains. “We wanted to make a story about that and finding that you don’t need something else to make you feel strong or brave or powerful or in control.”

Hypocrisy, call your office. If Lasher and her Moms Demand Action crowd ardently wish to “reduce the gun culture” in America, why not a bit of introspection first?  You can crawl all over this group’s website and its list of “Campaigns” and not find a word about activism against the entertainment industry – TV, movies, video games, anything.

TV shows are still pushing gun violence to goose the ratings. A recent study by the Parents Television Council reported that the degree of gun violence on prime-time broadcast TV has actually increased in the last five years since the Newtown school shooting. In a review of the November 2017 sweeps period after the mass shooting in Las Vegas, they found 175 of 287 episodes contained violence (61 percent), and 112 of them (39 percent) had scenes of gun violence.

It’s dramatically worse at the movies. Matt Philbin of the Media Research Center reported last fall that an astounding 589 incidents of violence were featured Kingsman: The Golden Circle, American Assassin, Stephen King's It and mother! And that's just four top-grossing movies the week before the Las Vegas attack. There were no less than 212 incidents of gun violence, and the body count was at least 192.

Hollywood producers and actors have no problem mudslinging against the “barbaric” NRA and blaming it – and Trump, and Fox, and anything conservative that moves –  for mass shootings. But they refuse to march a single step or utter a single word of complain against the greatest transgressors – themselves.