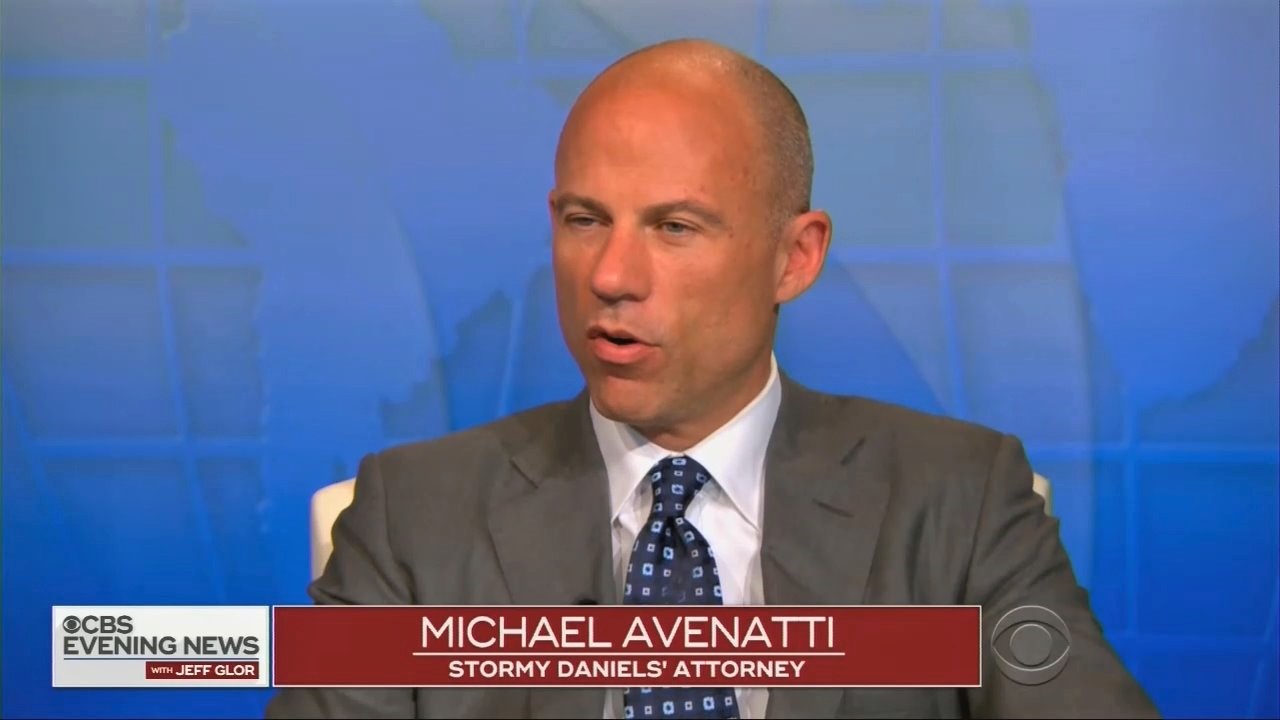 He boasts out loud that he’s a “mercenary” and “won’t apologize for it.” He claims he has offers to have his own TV show, but he doesn’t want it. Why be a host when you can be the star witness? He’s even threatening to run for president in 2020 against Trump if no one else can match his talent – his talent, that is, for getting himself on television.

Avenatti boasted to New York Times writer Matthew Shaer that he’s made over 200 appearances since March on national TV news shows and late-night shows (including two appearances on Stephen Colbert’s show). He’s been paid by raising hundreds of thousands of dollars raised from Trump haters on a CrowdJustice.com account. “None of this happens if we don’t have a high profile,” he admitted.

In short, Avenatti is the dictionary definition of a showboating lawyer, whose clients are mere playthings to get him into the bright lights. When federal judge Kimba Wood told him in a legal matter before her court he couldn’t represent Daniels is he was going to go on a “publicity tour,” he dropped his bid to argue in her courtoom. Publicity is all.

But the Times gushed all over Avenatti, over his “blatant blue eyes,” and his “steely and composed” face with the “Cubist” geometric angles. He “traffics primarily in a commodity in short supply among left-leaning voters: hope.” He has a “messianic standing among liberals.” Among his Twitter fans “canonization proceedings were under way.” One tweeted “There is a God. He sent us Avenatti.” Another wrote “You and Stormy may be the saviors of our democracy.”

The biggest bouquet of praise came from Daniels, comparing her attorney to Michelangelo: ''every time I watch him work, I think, This is what it must have been like to see the Sistine Chapel being painted. But instead of paint, Michael uses the tears of his enemies.''

In this overlong article, we’re told how Avenatti commands the media, talking for hours on CNN and MSNBC.  Avenatti is such a regular he seemed to know everyone at CNN by name. He sneaks into a corner of the green room to chat with CNN boss Jeff Zucker. He exchanges “profane banter” with CNN host Don Lemon, his new best friend.  He “keeps in close contact with reporters in Washington and New York,” pressing the scribes to confirm his opposition research on Trump so he can do more TV.

Doesn’t all of this add up to a smoothly running liberal media machine, where the lines of responsibility vanish? Who is the journalist digging up the opposition research on Trump, and who is the trial lawyer? Where does advocacy end and journalism begin? Does anyone care?

They all share a goal: to destroy Trump. Anyone who boasts (as Avenatti does) that he can insure Trump won’t finish a single term can treat the liberal networks as putty in his hands, and put the New York Times in a back pocket.