In the liberal mind, the way to prove you value something is by funding it with taxpayer money. So if you love journalism, you take taxpayer money and give it to journalists.

Not in New Jersey. The idea of the press as a check and a balance on government has just been placed on the Jersey Turnpike and squashed to pieces. 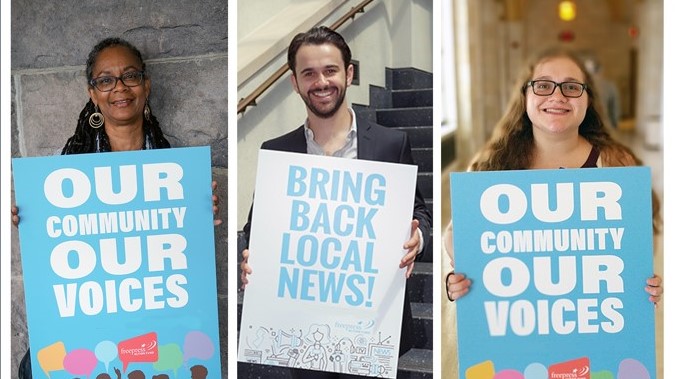 Garden State legislators have approved a bill to use taxpayer money to support “grants to strengthen local news coverage,” starting with an opening $5 million kitty. The goal is to have $20 million allocated toward the “civic information” fund every year for five years.

"Particularly during these uncertain times, we need a strong and free press, which we know is the best safeguard for truth in our state and the country," Democrat state Senate majority leader. Loretta Weinberg declared. We’re supposed to believe this won’t make anyone with a press pass feel better about Loretta Weinberg and her fellow Democrats.

One reason Republicans in Congress never have the nerve to defund (or even cut) public broadcasting is fear of terrible publicity – not just from public radio and TV stations, but from journalists in general. It’s not “state-run TV,” just statist-run TV.

Legislators argue that the state’s juxtaposition between large media markets in New York City and Philadelphia lead to poor coverage of “hyperlocal issues” for most of the state. But CNN’s Brian Stelter was thrilled about going nationwide with this socialist notion:  “What if every state in the union provided some seed money for local journalism -- as a way to rebuild some of what's been lost through years of [private sector] budget cuts and layoffs?”

The socialist advocacy group “Free Press” has been pushing for this for years, alongside their efforts to prevent any funding cuts to public broadcasting. "Never before has a state taken the lead to address the growing crisis in local news," proclaimed Mike Rispoli, their New Jersey leader. They talk in panicky tones about the “disappearance” of local news.

The question liberals never ask is this: are newspapers and TV stations losing audience because they’re too liberal? You can’t fix that by doubly reinforcing Democrat-friendly government-funded local news operations. Last year, The New York Times mourned layoffs at the Bergen [County] Record because they broke the vastly overhyped “Bridgegate” scandal against Gov. Chris Christie. To the Times, that’s a triumph of “news.” To Republicans, it reeks of a partisan media bias.

It also makes you wonder why any private-sector investor would try to bail out such a failing effort. Media owners now like Jeff Bezos or Carlos Slim get hailed as philanthropists for bailing out the liberal media. If you can’t make a profit, you can at least improve your own public relations.

Obviously, the collapse of classified-advertising revenue and the rise of online news have caused major problems for newspapers.  Let us agree for the sake of argument that (a) this affects local news more than national news and (b) local news should be covered.

There are a growing number of liberal multi-billionaires who could easily throw $5 million at this New Jersey effort instead of the government. Men like George Soros have poured millions of dollars into journalism to promote their political agenda, so why not “hyperlocal” news? Answer: There’s not enough glamor or political advantage in it. Besides, why should they? Let the little people do it, with their tax dollars.