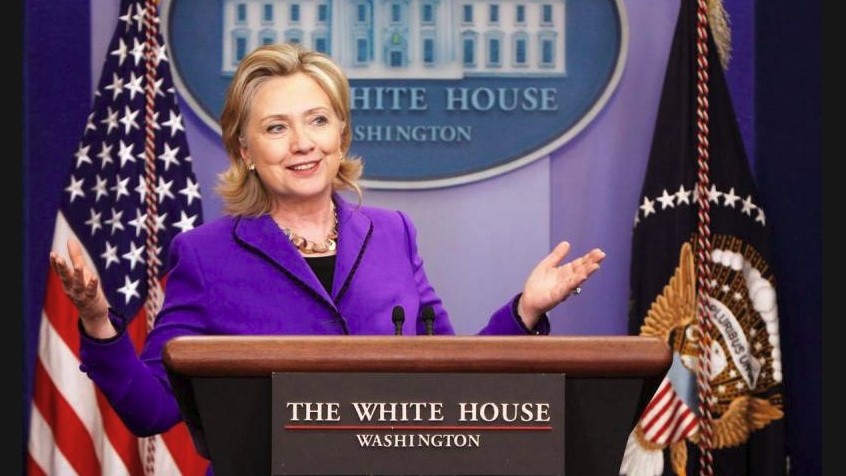 President Trump’s first State of the Union address is a fine occasion to imagine how close we came to President Hillary Rodham Clinton. Imagine Hillary actually campaigned in the Midwest instead of Arizona and won closely contested Wisconsin, Michigan, and Pennsylvania. (Imagine the exact same congressional results.) Then imagine the dramatic difference in tone in our “news” media and entertainment elites as she prepared to deliver her first report to the nation.

What would we have seen in President Clinton's first year?

Tweets by Donald Trump, the loser, that the election was “rigged” and possibly tipped by international interference through the Clinton Foundation would have been disparaged as not only unpatriotic but unhinged, and more than a little sexist. CNN would be especially aggressive in challenging anyone who questioned the new president’s physical or mental fitness. The network would have sent Jim Acosta to Capitol Hill to yell at Republicans and demand they distance themselves from those obnoxious conservatives who cannot concede honorably and abide by the will of the Republic.

When President Clinton fired FBI leader James Comey for almost preventing her election with his last-minute email announcement, Democrats had cheered and the Republicans demanded an investigation. The press would see this for what it was: a GOP effort again to thwart the will of the American people. It would give continuous oxygen to the new #moveon effort to expose this agenda, while ignoring Republicans' complaints.

In turn, Trump fans started the hashtag #Resistance, which the media immediately interpreted as a call for racism, sexism, homophobia, xenophobia, transphobia, and every other natural progression of man that would thoughtlessly be resisted by the far right. Trump supporters angrily respond by showing pictures of Harvey and Hillary and Bill and Monica, and to no avail. Their complaints were ignored.

Conservatives protested the narrow Clinton win by swamping Washington after the Inauguration in the largest “March for Life” on record. But that night on the news, nobody noticed. All three networks each spent ten minutes instead celebrating Planned Parenthood leader Cecile Richards being named Secretary of Health and Human Services.

The Washington Times was soundly condemned for reporting the president called West Virginia a “s---hole” in a private budget meeting with Republicans. Journalists denounced the story as unproven, since there was no audiotape, and insisted nothing can get done in a divided Washington if the GOP insists on leaking private conversations.

Republicans reminded the press about all those stories centering on lamps flung by First Lady Hillary in the general direction of the cranium of POTUS. The #moveon social media armies were unleashed to squash this as more fiction from the right.

Liberal columnists deplored the ongoing dominance of ISIS in Iraq, and compared it without shame to the projected spread of the Republican majority in the midterm elections of 2018.

It was another tough year for late-night comedians. Jimmy Kimmel and Stephen Colbert almost came to blows backstage at the Emmy Awards in September over who was more deserving to get President Hillary’s 19th late-night interview. The president had just been hailed as still the smartest girl in class after winning a game of charades with Jimmy Fallon on The Tonight Show.

President Hillary Clinton won a second Grammy Award for Best Spoken Word Album for a collection of her speeches, including her Inaugural Address. A delighted duo of Madonna and Cher gratefully accepted on her behalf.

One year into the Clinton presidency the economy would still be stalled, new taxes would be forthcoming to punish the greedy rich, ISIS would have the Middle East terrified, North Korea would be lobbing test missiles off the coast of Alaska, energy production would be at a standstill and thus the stage would be set to welcome President Clinton's call for the nation to march "Forward, Together."

And how the media would swoon.