CNN is airing a bizarre new advertisement with the motto “Facts First,” which insists that CNN calls an apple an apple, even if critics of their “news” reporting argue it’s a  banana. CNN, you see, is interested in objective truth, not opinions. This is like McDonald’s advertising with an apple that they’re all about health food. 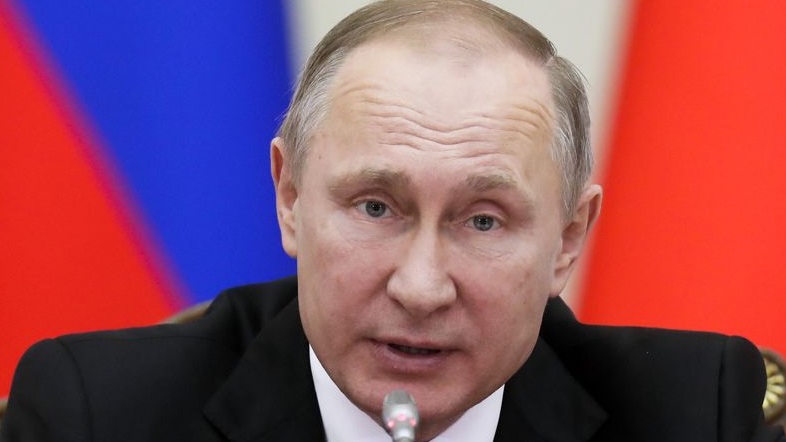 Our “news” networks don’t deal first with facts. They sell us narratives, and their favorite is the wild speculation about what might happen next...to President Trump. For months, they have speculated about how meetings with powerful Russians would be the end of Trump. From January 20 to October 20, just the ABC, CBS and NBC evening-news shows alone have given that story just over 1,000 minutes.

Obamacare? Budget and taxes? Immigration? A possible nuclear war with North Korea?All are second bananas. It’s Trump-Russia, Russia-Trump, day in and day out.

The Russia narrative they prefer is this: Donald Trump won the presidency due to the help of an autocratic foreign power. But in the last week, a series of investigative reports in The Hill newspaper have brought something altogether new to the discussion: facts. And the facts are implicating the Obama administration, specifically Hillary Clinton, in some astonishingly unethical, if not illegal behavior with the Russians.

– Russian nuclear industry officials were engaged in bribery and extortion before the Obama administration approved the sale to Russia of Uranium One, a company that controls 20 percent of America's uranium supply. They routed millions of dollars to the U.S. designed to benefit Bill Clinton’s foundation during the time Secretary of State Hillary Clinton served on a government body that provided a favorable uranium decision to Moscow.

– As he prepared to collect a $500,000 speech fee in Moscow in 2010, Bill Clinton sought clearance from the State Department to meet with a key official of the Russian nuclear energy firm Rosatom — which at the time still needed the Obama team’s approval for the uranium deal. Instead, Bill Clinton met with Vladimir Putin at the Russian autocrat’s private homestead.

– Nine investors in Uranium One jointly donated a cool $145 million to the Clinton Foundation.

– An American businessman who worked for years undercover as an FBI confidential witness was blocked by Obama’s Justice Department from telling Congress about conversations and transactions he witnessed related to the Russian nuclear industry’s efforts to win favor with the Clintons and Team Obama.

-- The FBI identified a Russian spy ring's attempt in 2009 and 2010 to infiltrate Hillary Clinton’s inner circle through a donor friend in order to spy on the State Department. Agents arrested and deported the female spy before anything could happen.

This reads like a fascinating spy novel, but ABC and NBC have offered nothing. Let that sink in. CBS aired one question (and one answer) on Face the Nation that lasted 69 seconds. CNN, which has spent hour after hour obsessing over Russian collusion with Trump, can hardly be bothered with this narrative.

Naturally, the usual dishonest Clinton defense emerged: this was “old news.” When author Peter Schweitzer wrote about this issue in 2015 (without the new developments), he was virtually ignored, and if he was interviewed, “hostile” is an understatement. Here’s how NBC’s Savannah Guthrie treated “facts” back then. She asked Schweitzer "Before we get into some of the details, let's put it bluntly. Are you hoping that this book and the issues you raise in it torpedo her candidacy?" He said no, but she shot back “a lot of your critics say, 'Look, you are a conservative and that this is a right-wing hit job.' Are you really claiming to be neutral here?"

No one is neutral in the pro-Clinton press corps. Facts never come first.