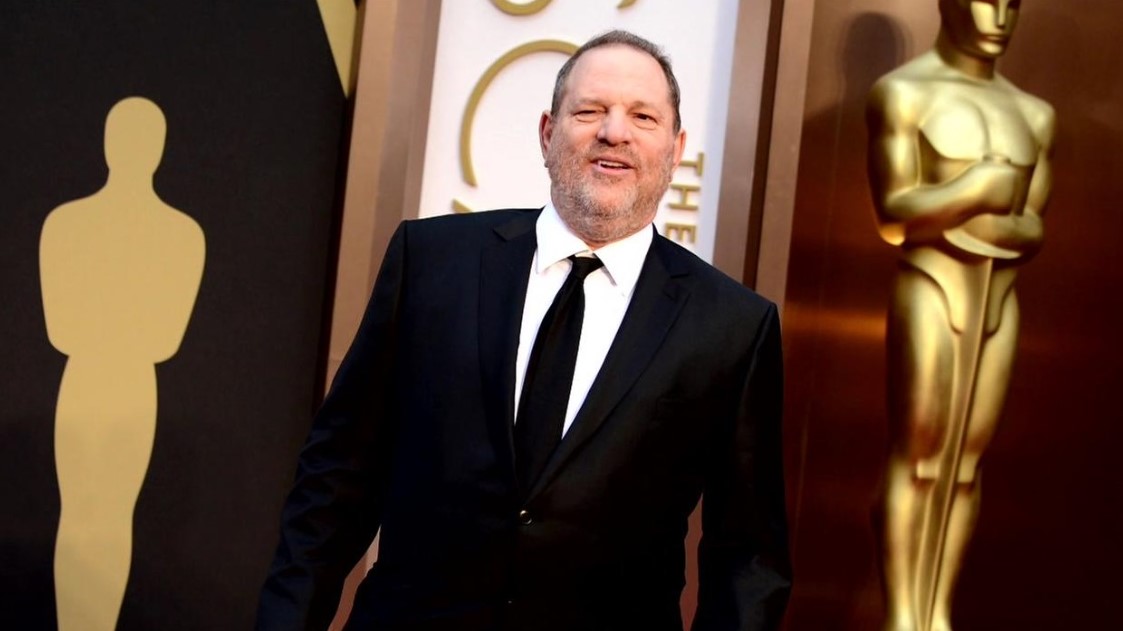 On February 27, 2016, the entertainment industry gave the Oscar for Best Picture to “Spotlight,” a fictionalized version of the Boston Globe’s reporting of sexual abuse and coverup in the Catholic Church in Boston. The self-congratulation looks amazing now, after the exposure of decades of harassment and perhaps even rape by Hollywood heavyweight Harvey Weinstein.

"This film gave a voice to survivors, and this Oscar amplifies that voice, which we hope will become a choir that will resonate all the way to the Vatican," said Spotlight producer Michael Sugar. "Pope Francis, it's time to protect the children and restore the faith."

We can guess no one will make a movie about the decades of harassment and Hollywood coverup for Harvey Weinstein, and certainly no one would win an Oscar for it. There is no Holy Father in Tinseltown who has any moral authority. Feminist superstars like Meryl Streep professed they hadn’t the slightest idea of what their friend Harvey was doing…which makes them either profoundly cynical or amazingly clueless.

A far more believable response came from French actress Lea Seydoux, who wrote in The Guardian about being groped by Weinstein: “Everyone knew what Harvey was up to and no one did anything. It’s unbelievable that he’s been able to act like this for decades and still keep his career.”

If the liberal intelligentsia found it completely unbelievable that a Catholic bishop might have been uninformed about sexual abuse, then how do they expect anyone to believe it’s impossible for the Streeps to be unaware?

The news reports on this scandal have underplayed or ignored the deep hypocrisy of Weinstein’s business efforts against bullying and sexual assault. Weinstein’s company distributed the documentary Bully to theaters in 2012. In 2015, his company funded and distributed The Hunting Ground, a documentary pitched as “a startling exposé of rape crimes on U.S. college campuses, their institutional cover-ups and the devastating toll they take on students and their families.”

Months after the 2016 Oscars, Hollywood feminists railed against Donald Trump’s crude remarks on a 2005 videotape about what a powerful man can do to women. They shared their outrage on Twitter – Cher, Patricia Arquette, Debra Messing, Lena Dunham, and Ashley Judd. The day after Trump’s inauguration, the Hollywood feminists marched in Washington and in Park City, Utah (where they hold the Sundance Film Festival). There in the Utah “feminist” crowd was one Harvey Weinstein.

Ashley Judd, who notoriously screamed grotesqueries at Trump at the D.C. protest, was the first big name to allow her name to be used in The New York Times story on Weinstein. Lena Dunham wrote in the Times that she regretted shaking Weinstein’s hand as she joined a Weinstein-organized rally for Hillary Clinton in 2016. She wrote she had heard the rumors, but she made a calculation since she desperately wanted Hillary to win.

Can today's young women in Hollywood count on an anti-Weinstein "choir" to "resonate" around the entertainment industry? The Catholic Church has taken dramatic steps to prevent the abuse of children. It is Hollywood's turn to put their money where their mouths have been.