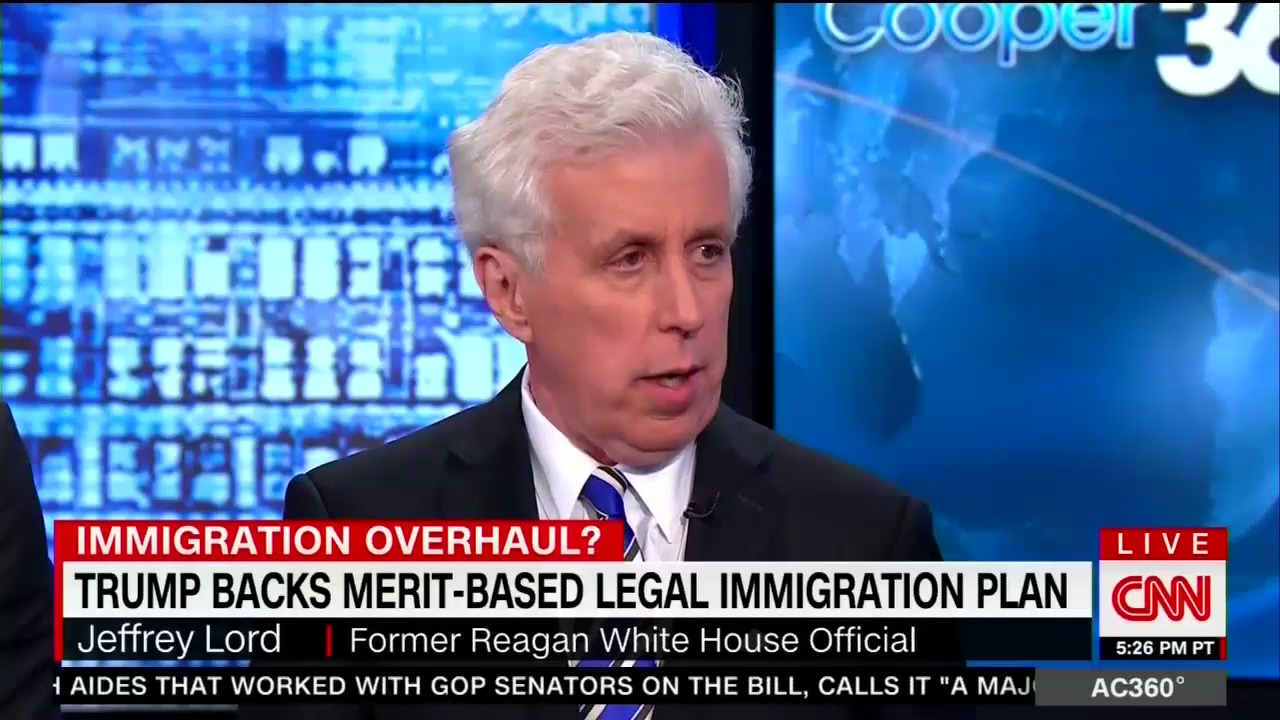 CNN abruptly announced on Thursday that it was dumping conservative Jeffrey Lord because he had used the words “Sieg Heil” in a tweet. A spokesman declared “Nazi salutes are indefensible....Jeffrey Lord is no longer with the network.” The New York Times headline read “Jeffrey Lord, Trump Defender on CNN, Is Fired for Using Nazi Slogan.” Three points need to be made:

1. This is a false accusation. Firing Lord on a hate-speech premise is flirting with slander. He was not employing this language as his own. In a Twitter debate with a leftist group, he was (correctly) labeling it fascistic for its efforts to silence conservative voices through intimidation and threats. That group continued its rants and Lord responded by mocking them with "Sieg Heil."

I am reminded of the incident ten years ago, when Sen. Harry Reid and his fellow leftists accused Rush Limbaugh of defaming American soldiers that opposed war in Iraq as “phony,” when in fact, as the transcripts of his show clearly demonstrated,  Limbaugh was condemning an actual phony soldier, a man claimed to be an Army Ranger who served in Iraq, when he’d been discharged as unfit before he could complete basic training. As with Limbaugh, Lord’s statements are documented in his tweets.

So why did CNN do this? One can only speculate people there were were clearly intimidated by this same leftist group – and just wanted him gone, period.

Here’s how badly they wanted him removed. Lord’s mocking “Sieg Heil” tweet was posted at 12:51 pm, and CNN announced he was canned in a tweet from media reporter Brian Stelter almost exactly four hours later, at 4:52. They had his limo driver turn around in mid-journey from Pennsylvania to New York and take him home. 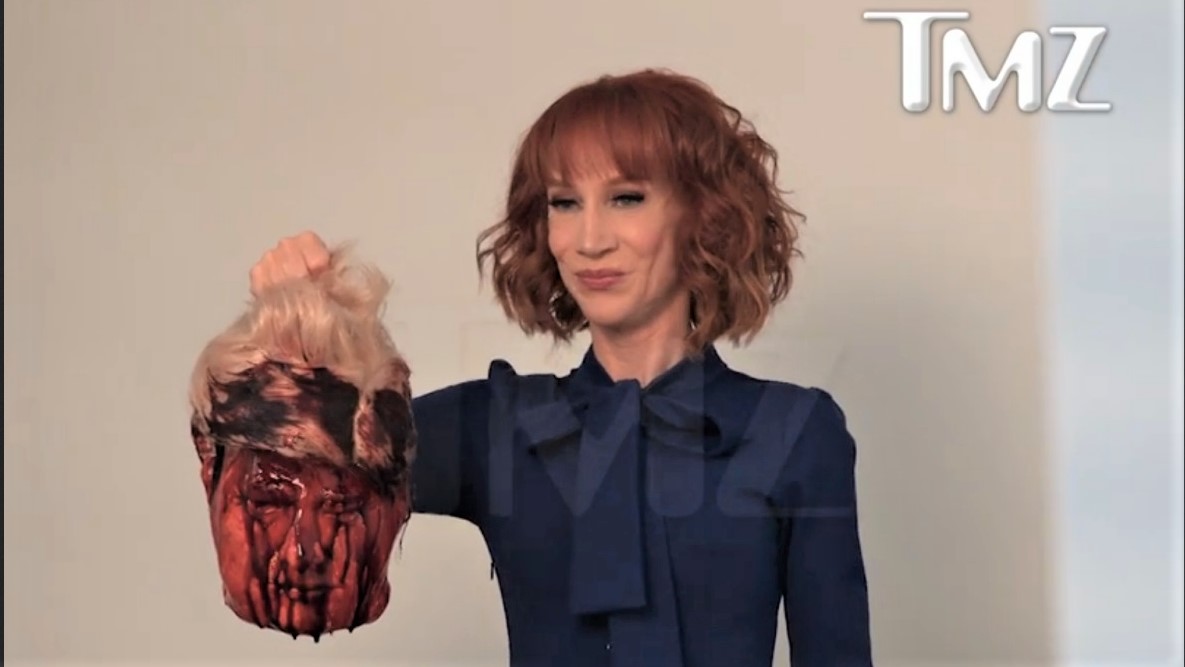 In May, Kathy Griffin took to Twitter to post that picture of her holding that gruesome replica of Trump’s bloody severed head, and horrified the nation. It it took more than 24 hours for CNN to decide to send her packing.

In June, in the aftermath of terrorist attacks in London, CNN host (and religion reporter) Reza Aslan ranted against Trump on Twitter: “This piece of shit is not just an embarrassment to America and a stain on the presidency." It took six days for CNN to pull the plug on his show.

Last year, CNN contributor Donna Brazile was caught  leaking CNN town hall questions to Hillary Clinton’s campaign (and then lying about it on national television). CNN announced on October 31 that it had accepted Brazile’s resignation. That’s a full 20 days later.

2. If they object to Hitler comparisons, why does CNN tolerate so many? In context – including in the New York Times report – it’s clear Lord isn’t pro-fascist, but was accusing the leftist censors at Media Matters of being the fascists. CNN fired Lord because obviously over there they can’t abide anyone criticizing leftists as fascists. That’s a bridge too far.

Unless you’re a leftist doing it to your political enemies. Accusing Trump or conservatives as fascists is perfectly welcome on CNN, just as it is on many other liberal media outlets. CNN host Fareed Zakaria openly compared Trump to Hitler for being soft on Russia’s annexation of Crimea: “The argument that Donald Trump is putting forward about Crimea is the same argument that Adolf Hitler made about the Sudeten Czechoslovaks....the argument that was made about the Austrians, that, look, these people want to be part of Germany, so I'm just going to go and invade the country anyway."

CNN commentator Sally Kohn used Nazi terminology to go after Donald Trump, but she didn’t use Twitter. She chose CNN’s very own airwaves  In March of 2016, she hoped fear of Trump would get Democrats to the polls: "At least stopping us from being Nazi Germany would hopefully get Democrats and others to turn out." The next month, she said of Trump: "I'm worried. When he institutes internment camps and suspends habeas, we'll all look back and feel pretty bad."

She still has her job. Jeffrey Lord doesn't have his.

Also in March of 2016, CNN contributor Jason Johnson penned a piece likening Trump to Hitler. "Germans know firsthand what it means when a failed businessman moves from a fringe candidate to a leader who takes over your democracy and burns everything to hell,” he wrote. “Every person I spoke to [during a trip to Germany] said that the rise of business-mogul-turned-reality-TV star-turned-GOP-frontrunner Donald Trump reminded them of the early stages of Adolf Hitler's rise to power....We Americans, and especially black Americans, are kidding ourselves if we don't see the parallels through German eyes."

A Nexis search shows that since that article comparing Trump to the German dictator was published, Johnson has been a guest on CNN more than 90 times.

3. Conservatives should decline all interview requests from CNN. Why give this radicalized network any more credibility? Jeffrey Lord is one of the nicest men you’ll ever meet. He defines the word gentle in gentleman. He was gentle as his network used him as a punching bag for all its anti-Trump hatred. He was so gentle he laughed as CNN anchorman Anderson Cooper crudely stated Lord would defend President Trump defecating on his desk. This is Lord’s reward: to be kicked out and smeared as a Nazi saluter.

That should be a last straw. CNN used to pose as a centrist oasis between MSNBC and Fox, but not any more. CNN has branded itself as a rabidly anti-Trump network that obsesses hour on the hour over conspiracy theories about how Trump was installed in the White House by his ruthless Kremlin overlords. Their treatment of Lord tells conservatives that the only way to treat CNN is to turn the car around and drive home.