The website Deadline Hollywood reports there are not one, but two competing movie projects attempting to glorify an underground abortion collective in Chicago operating four years before the Roe v. Wade decision legalizing abortion in 1973.

One radical feminist at the Jezebel blog proclaimed this was a wonderful development “in a particularly fragile time for abortion rights...Considering our current administration, I’d say the more media we can get about underground abortion collectives, the better!”

Fragile? It’s debatable that the current Congress even can muster the votes to defund Planned Parenthood, the nation’s dominant abortion corporation, never mind passing any laws that would outlaw or seriously restrict abortions. Many pro-lifers would be relieved just to stop funding Planned Parenthood with our tax dollars. A baby step, sure. But something.

This friendly competition between productions began when Amazon Studios bought a film called This Is Jane based on a nonfiction book titled The Story of Jane: The Legendary Underground Feminist Abortion Service. They called it the Jane Collective, based on the very average-sounding female name. 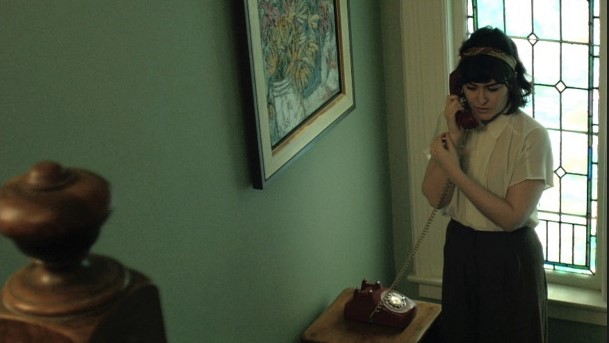 Then an indie film called Ask for Jane began production, based on work for a competition sponsored by the leftist movie producer Participant Media (these are the folks who produced Al Gore’s documentary An Inconvenient Truth.) Their films are designed to “inspire and compel social change.”

Abortion advocates always believe that producing horror stories about the era before the Roe decision will win the debate. “Ignorance” is always the defining quality of their opponents. Cait Johnson, a producer and star of Ask for Jane, told Deadline “So many of the lawmakers trying to restrict abortion access (today) have never even considered the disparate reasons why a woman might be driven to seek one. ‘Ask For Jane’ beautifully depicts a few of their stories, and illustrates how vital it is to keep this procedure legal and safe.”

Hollywood producers rush to glamorize the ugliest things. The Jane Collective started in 1969 as a referral service for women who wanted to kill their babies – more than 11,000 clients served. But since illegal abortions were expensive, these “heroic” women started performing surgical abortions themselves, despite a lack of medical education.

The Hollywood Left wouldn’t dare consider the very real horror stories inside abortion clinics, like the story of Dr. Kermit Gosnell in Philadelphia, who also let unqualified women do abortion procedures. They not only killed babies, they ultimately killed one helpless mother with an overdose of anesthesia. Gosnell was convicted of slicing the spines of babies who had already been born. He joked that one baby he killed outside the womb was “big enough to walk to a bus stop.”

It was all part of that vaunted “right to choose.”

They won’t consider real-life exposes by the Center for Medical Progress, with one report after another uncovering horrors. They recently displayed hidden-camera video from National Abortion Federation conventions in 2014 and 2015. The abortion doctors wisecracked about “The fetus is a tough little object, and taking it – I mean, taking it apart on Day One is very difficult.” Another said “Our stories don’t really have a place in a lot of pro-choice discourse and rhetoric, right? The heads that get stuck that we can’t get out. The hemorrhages that we manage.”

Instead, Ms. magazine’s Jacklynn Blanchard publicized these movies as an opportunity to make abortion uplifting: “I think that positively portraying this experience as not always something that results in death—which is a very common way that abortion is portrayed on screen—is so important.”

The humanity of unborn babies is the first casualty of feminist propaganda. That’s just a neglected dumpster full of collateral damage in a libertine world.