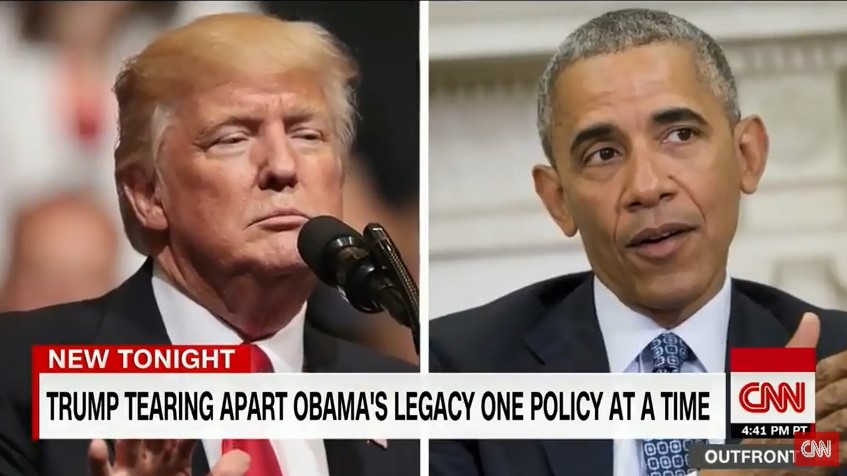 When Donald Trump makes an accusation of “fake news,” we could add a number of definitions of the term. Liberal journalists hear “you write stories you know are fake.” But there are news stories that journalists earnestly put forward as “real news” that are based on a lot of suspicious methods – like quoting anonymous government officials indicting Trump in a malicious international plot to deny the “real winner” of the 2016 presidential election her prize.

This is why the media elites will ignore the latest Project Veritas sting video where CNN producer John Bonifield admits the Trump-colluded-with-Russia scandal is “mostly [BS] right now,” but CNN keeps hoping it will turn out to be an enormously damaging scandal. Bonifield even volunteered that Trump was “probably right” to say it’s a witch hunt.

If all the leaking and all the speculating end up in a big pile of Zero, how is it not “fake news”?

The latest study of ABC, CBS, and NBC evening newscasts from the Media Research Center demonstrates the networks are obsessed with a conspiracy that even Democrats like Maxine Waters admit hasn’t really been proved. Analysts watched every broadcast network evening newscast in the five weeks since the appointment of special counsel Robert Mueller on May 17. They found a whopping 353 minutes of airtime devoted to the Russia probe, or 55 percent of all coverage of the Trump presidency during those five weeks.

Nothing else even came close. Far behind in second place was the wailing about Trump pulling out of the Paris climate accords (47 minutes).  In fact, liberal reporters mock the president’s team for not being able to discuss infrastructure or tax reform...at the same time they strenously avoid them.

It gets worse. A third of these Russia stories use anonymous sources, and too often, they’ve ended up being the most obvious “fake news.” For example, the night before fired FBI director James Comey testified before a Senate committee, ABC’s Jon Karl claimed a “source familiar with Comey’s thinking” insisted Comey would contradict Trump under oath about reassuring him he was not under investigation. In reality, Comey confirmed Trump’s claims. Karl then reported that, too, but without acknowledging his earlier belly flop.

The best argument that liberals can muster about the large chunk of air time devoted to this story is Trump’s own tweets mocking the investigation, or as Time magazine calls them, “dig-the-hole-deeper tweets.” They could claim that Bill Clinton or Barack Obama labored to shove scandals to the side of the news road with policy distractions or big meetings or trips or speeches, while Trump doubles down.

But that also underlines how the media were eagerly willing to report those Democratic distractions, while they now obsess over anything that surfaces on Trump’s Twitter account. The president knows that taunting them promotes another round of anguished news reporting, which perhaps underlines for his supporters that the “news” manufacturers prefer to present this president as some kind of hooligan disturbing the peace on the Internet.

What this study suggests once again is that the same reporters who effortlessly spread the fake news that Obama was “scandal-free” are dedicated to cementing the proposition that Trump is hopelessly scandal-plagued. The same journalists who shamelessly whacked away at Kenneth Starr as a modern knock-off of the inquisitor Torquemada are now presenting Robert Mueller as their latest echo of Eliot Ness. The only thing consistent about the press is their partisanship.