Like Pavlov’s dogs, the liberal media salivated over the arrival of Barack Obama to receive a “Profile in Courage” award from the John F. Kennedy Library. The mythic figure returned to accept the honor in the middle of a two-hour live special on MSNBC, loaded with the usual Chris Matthews slobbering over his “American eloquence.”

The words “mythic figure” truly apply, as another liberal historian has now underscored just how much “fake news” Obama manufactured on his way to the highest office in the land and the lucrative beyond.

In his book Barack Obama: The Story in 2012, Washington Post associate editor David Maraniss exposed Obama’s memoir Dreams of My Father as stuffed with false anecdotes. The author later recalled that when Obama objected that “you called my book fiction,” he said he replied “No, Mr. President, I complimented it. I called it literature.” 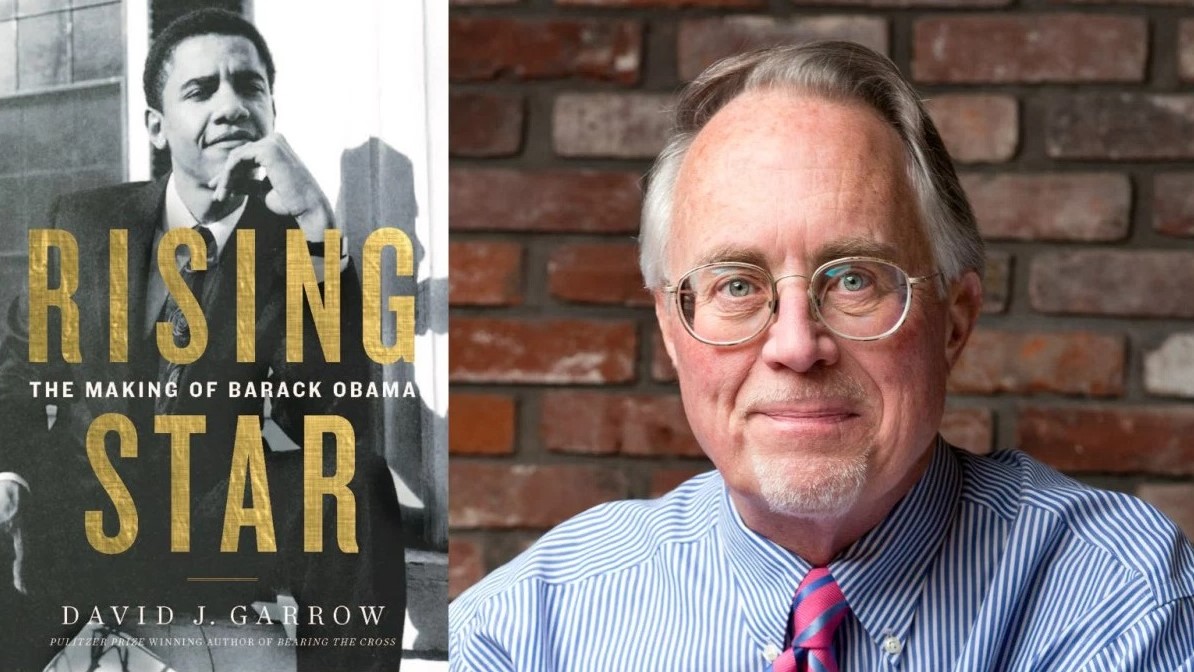 This time, the Pulitzer Prize-winning historian David Garrow – best known for thick volumes on the life of Martin Luther King – is the author insisting that Obama’s memoir is a work of “historical fiction,” in which the “most important composite character was the narrator.”

In his book Rising Star – a real door-stop of a book at 1,460 pages – Garrow concluded Obama’s ambition devoured his progressive idealism: “While the crucible of self-creation had produced an ironclad will, the vessel was hollow at its core.”

Washington Post nonfiction book critic Carlos Lozada drew attention to a new character in the real life of Barack Obama, a woman he twice asked to marry him. Sheila Miyoshi Jager is half-Dutch, half-Japanese and now teaches at Oberlin. In Obama’s memoir, she ended up blurred into the composite white women he dated. You can’t find her name in other Obama biographies. either. How on Earth did we get to 2017, and no one in the media uncovered this simple yet significant fact?

There’s a simple answer: Barack didn’t want them to, and no one in the “objective” press displayed much interest in correcting Obama’s self-serving legend.

Garrow suggests that Jager originally said no in 1986 because she was too young, but she says Obama also grew ambitious and began to talk to her about being president one day. Her race would complicate that journey. Garrow cites state senator Richard Newhouse, who was married to a white woman and dogged by whispers that he “talks black but sleeps white.” One-term U.S. Senator Carol Moseley Braun, whose ex-husband was white, admitted that in Illinois, “an interracial marriage really restricts your political options.”

So Obama went to Harvard Law, where one classmate told Garrow “the only thing I would have voted for Obama to do would have been to shut up.” He reported that classmates created a “Obamanometer,” measuring “how pretentious someone’s remarks are in class.” But in fact, Obama was elected as the “first black president” of the Harvard Law Review, which drew a gushing New York Times piece in 1990 -- the first of many.

Not everyone in the liberal media was receptive to Garrow’s revelations. New York Times chief book critic Michiko Kakutani ripped it for having a “highly intemperate epilogue...which almost reads like a Republican attack ad .” Horrors.  It “devolves into a condescending diatribe unworthy of a serious historian.”

The book was “way more exhausting than exhaustive.” The epilogue was painted as “filled with bald assertions and coy half-truths.” As for Obama’s outright lies and evasions, Kakutani offered the conclusion you might expect from a political party commissar: for reliable history, “Go back to Obama’s own eloquent memoir.” In other words, “the myth shall set you free.”