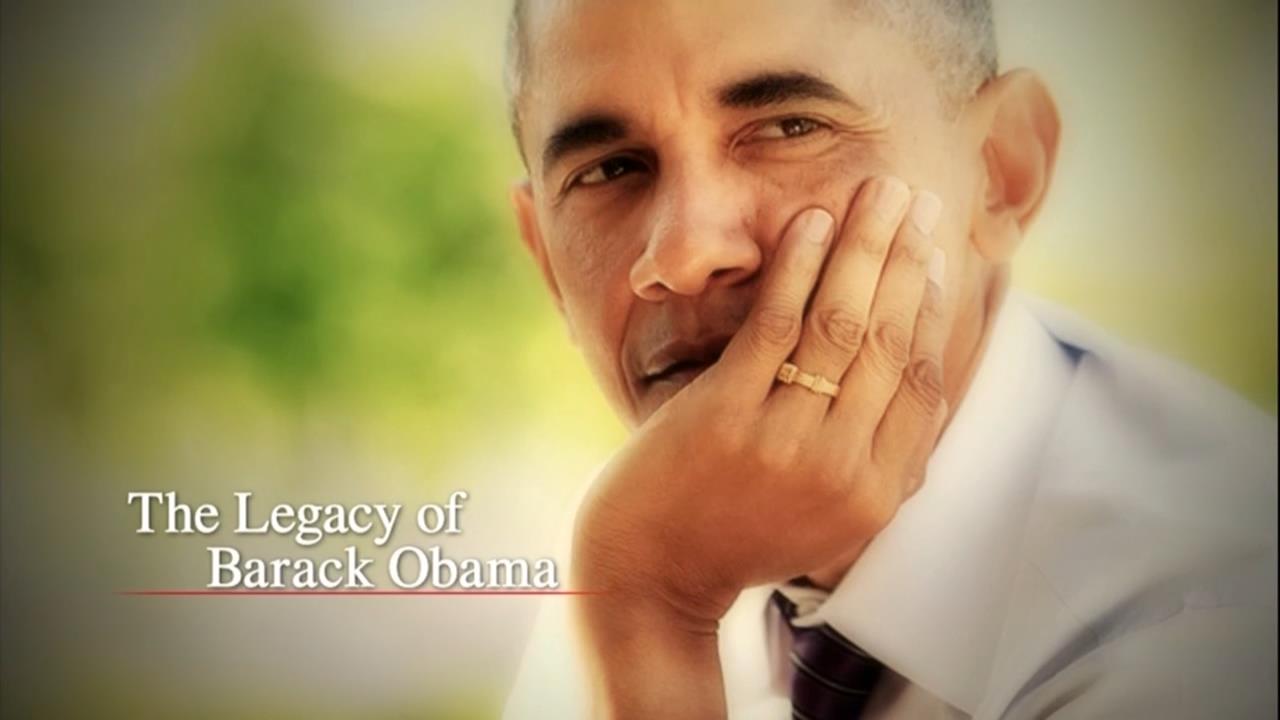 As Barack Obama’s White House days run out, it’s time for Obama’s obsequious courtiers in the liberal media to announce his glorious “legacy.” On December 7, CNN devoted a two-hour prime special to the Obama legacy, hosted by Fareed Zakaria, a journalist Obama had invited to the White House so the president could soak in his wisdom and expertise – in other words, so he could flatter a journalist into giving him softball coverage.

Just as it began nine years ago, Zakaria started by celebrating the president’s race, the gauzy references to Kenya and Kansas fusing into one glorious body. Forget what he did. The first legacy was simply who he represented.

And for that, he’d been victimized. In CNN’s eyes, Obama’s central crisis was the “fierce, unrelenting opposition” of Republicans and their latent racism. Obama adviser David Axelrod claimed “It's indisputable that there was a ferocity to the opposition and a lack of respect to him that was a function of race.” CNN pundit Van Jones agreed: “I can't name one thing that this Congress supported this president on in eight years!” The Left never had the intellectual nuance (or the political decency) to acknowledge one could oppose Obama because he’s a socialist – period.

At show’s end, Zakaria concluded that “presidential legacies also exist above and beyond laws and policies. We remember John F. Kennedy for energy, vitality, elegance and intelligence that he brought to the White House. And in that sense Obama has left an indelible mark. He and his family occupied the White House with dignity, grace, and good humor. He ran an administration that was largely scandal-free and did it all the while under a microscope. Because he looked different.”

At a time that the liberals are warning about the democracy-gutting potential of “fake news,” there is no faker news than the declaration that Obama’s time in office was “largely scandal-free.” The two-hour special had no mention of Benghazi or IRS harassment, and no time for Solyndra or Fast & Furious. Some scandals – the failure of Obamacare, the courting of Islamist Iran – were cast as “signature achievements.”

How this network still includes the word “news” in the title is beyond us.

Most spectacularly, Zakaria didn’t utter one word about the national debt. It almost doubled from $10 trillion to an inconceivable $19 trillion in just eight years. Obama fans complain that it’s not all Obama’s fault, but CNN and Zakaria didn’t think that’s a “legacy,” or at least as much a legacy as...Obama holding a “beer summit” for Harvard professor Henry Louis Gates.

The dourest note that Zakaria hit in the two hours was – you guessed it – that troublesome Donald Trump. He  may erase much of what Obama thinks is his enormous legacy. Zakaria admitted Obamacare has “problems,” but so what? Zakaria is so pro-Obama it doesn’t matter if it’s actually a complete failure. “I would argue that even if Trump finds a way to repeal and replace it, it remains a historic achievement. Obama did what seven presidents failed to do. He made health care a fundamental right. It is the signature achievement of a consequential president.”

This is socialist logic. Enshrining a “right to health care” never guarantees comprehensive health care. Ask the people of Castro’s Cuba. Hillary Clinton lost in part because working-class people couldn’t afford – and didn’t want – Obamacare. That is his legacy, too.

Conservatives will define Trump’s success by measuring how many of Obama’s failed policies are reversed, and whether untrammeled federal government overreach is slowed in any way. We can count on CNN to oppose that agenda every step of the way.