Bozell & Graham Column: Check Your Soul at 'The Daily Show' 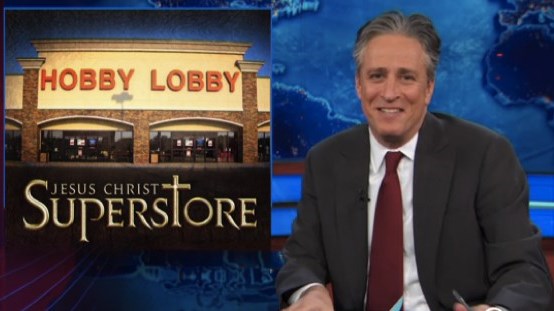 Liberals in the press have spent weeks trashing “fake news” purveyors -- which is to say, those in the press who are not liberals -- while continuing to bow deeply to the fake news-makers at The Daily Show on Comedy Central.  Jon Stewart and New York magazine writer Chris Smith have written a new book called “An Oral History of The Daily Show," and they're the toast of Leftyville.

CBS host Charlie Rose set the adoring tone for Stewart: "[I]t became, for all of us, a, kind of, cultural event — more than a show." Rose later added, "There was nothing quite like him. A lot of people did it very well....But Jon had a special place."

It’s annoying how liberals speak “for all of us.” An audience of 2 million liberals in a country of 322 million people is not “all of us.” Rush Limbaugh enjoys an audience six or seven times higher. Now try to imagine Rose using that phrase while describing “An Oral History of the Rush Limbaugh Show.”  Stewart speaks for Rose; Limbaugh does not.

Rose and CBS did not remember the Stewart show’s disreputable habit of mangling interviews with people it did not care for and calling it “satire.” The Hollywood Reporter at least seemed to have read the “oral history” enough to pluck out how Stephen Colbert offered this advice to other fake correspondents: “Check your soul at the door.”

Daily Show alumni Rob Corddry and Ed Helms called it “invaluable” advice for doing the kind of recorded "news" pieces that liberals loved best. “When you’re in the field, you’re in the character of a correspondent. You are going to suck them dry like a lamprey until you get everything you can out of this interview,” explained Colbert. “That behavior has to be cold-blooded. What you’re doing might get on you — the badness of what you are doing — and you don’t want to get it on your soul.”

Some of those “satire” victims that went into the editing wood-chipper were experts. Economist Peter Schiff revealed two years ago that Samantha Bee interviewed him about problems with the minimum wage for three hours, and then Schiff complained they merged parts of sentences together that were uttered hours apart to make the worst possible impression. 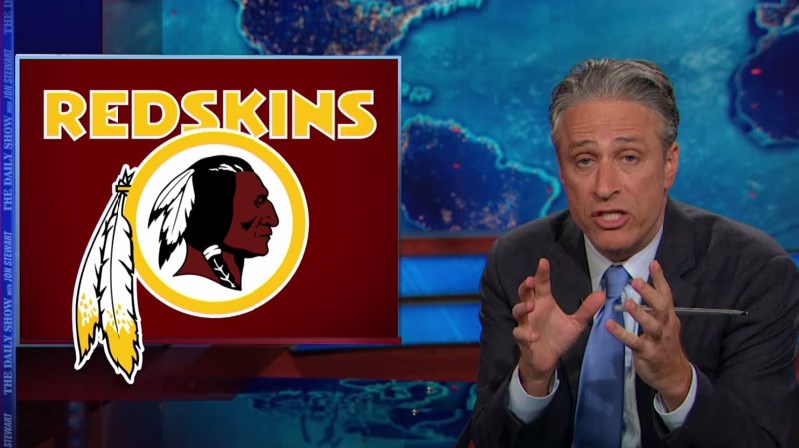 Some victims were just everyday people. In that same year, Bee’s husband Jason Jones interrogated four Washington Redskins fans who wanted to keep the team’s name for three hours. Then he brought in four angry Indians who were told in advance of the ambush. Jones then brought out some beer and chicken wings to watch — implying he was going to enjoy watching as the Redskins fans suffered a psychological beating they weren’t told they were getting. It was an attempt to shame and humiliate the "racist" Redskins fans.

Journalists cheered this stunt. Washington Post reporter Paul Kane announced on Twitter: “I’m sorry but at this stage you can't complain about being ‘misled’ by Daily Show/Colbert interviewer. Joke's on you.” Stewart’s crew were so typically misleading that reporters put “misled” in quotes.

In other words, you're a numbskull if you don’t realize they lie to their victims. We suppose there's a certain amount of truth here if the subject is a seasoned political pro. They should know some producers lure their guests by lying through their teeth. But a simple Redskins fan won't. Silly man, he'll trust that Jon Stewart is an honest man.

This is what liberals call "comedy." We welcome the correction, but we can't think of a single conservative program, television or radio, that engages in this "Gotcha" journalism.

Stewart told Charlie Rose in an hourlong PBS interview, “If it stimulated a curiosity for people to look behind the veil of what is seen publicly and deconstruct what they see on television or what they see on political campaigns, I would consider that an incredible compliment to the show.”

But he wouldn’t want anyone to deconstruct that cold-blooded badness that his “correspondents” unloaded on innocent people on television. That wouldn’t leave a complimentary feeling.