MRC President Brent Bozell on the Results: This Was A Massive Repudiation of the Press 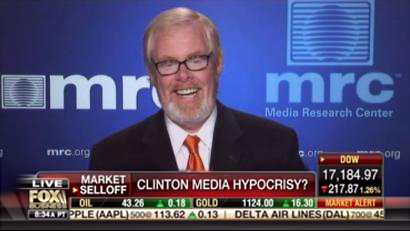 All the pundits are declaring today that this victory for Donald Trump is historic in nature. That is true – in America. But I’ve seen it before.

On the eve of the Nicaraguan elections in 1991, I participated in a press conference with three others who had been active during that campaign. They echoed the polls that had the Sandinistas winning by over 20 points.  I predicted Violeta Chamorro’s victory. I stated the media polling, authorized by the communist government, was going to be flat wrong. The Nicaraguan people were telling the media what the media wanted to hear – then went to the voting booths and voted for freedom instead.

This is why the pundits got it all wrong. They believed the media and their spin, not just on the coronation of Hillary Clinton, but more important, on America’s repudiation of Donald Trump.

They saw Trump’s voters just as the Clinton campaign saw them: a basket of deplorables. All season long the pro-Hillary press treated Trump’s followers with utter contempt. At the same time the leftwing media were giving aid and comfort to Hillary Clinton, covering up her scandals when they could, spinning them in her favor when they couldn’t.

Don’t anyone here deny it. We documented it all season long. What we saw is what the public saw. In fact, conservatives heard top leftist reporters like Jorge Ramos calling on the news media – yes, the news media – to take sides against Donald Trump.

But then thanks to Wikileaks we saw something else:  How these leftist reporters were working side by side with the Clinton campaign, including Donna Brazile leaking questions to Hillary, and then lying through her teeth on national television denying it, and then being caught having done it several times.

She is the face of liberal media dishonesty, 2016.

This was a massive repudiation of the press. Our message – “Don’t Believe the Liberal Media” succeeded, and in the next few days we will be unveiling a massive amount of polling data that will document this empirically.

The Gallup organization released a poll recently showing that the trust in the national news media has dropped to an all-time low, and dropped 25% in the last year alone. This is devastating.

The public now knows it is not getting news from the “news” media. It’s getting leftist propaganda, just as we’ve maintained.

The liberal media were the second-biggest losers last night. But as opposed to Clinton, their loss continues. Their credibility is shot, quite possibly for good. It is unfortunate for the honorable, professional journalists working – yes, they do exist – but it’s an incredible win for the American people.

The leftist media did not decide this election. The American people did.