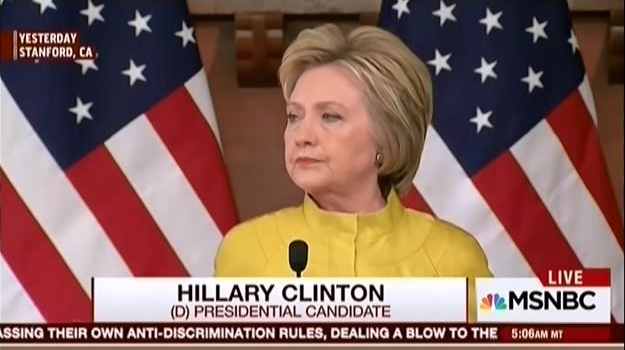 Politico’s bi-monthly magazine published their third annual “Media Issue,” complete with polls of reporters – who are perhaps the most resistant to being polled, fearing how they might reveal which viewpoint is ideologically dominant in the press.

So who will these reporters vote for in the the fall? Reporters were very, very coy. Politico surveyed 82 members of the campaign press corps, and only 12 of them (less than 15 percent) admitted they would vote for Hillary Clinton. Sanders, Trump, Cruz, and Kasich drew one reporter apiece. Most of them (48) checked the boxes “don’t plan to vote” or “don’t know.” Color us skeptical. When asked if they were registered with a political party, 21 percent of the campaign reporters said Democrat, 22 percent said independent, eight percent said Republican, and 49 percent said they were not registered.

We should note this sample was not entirely composed of “objective” outlets, but included some conservative media (National Review, Daily Caller, Washington Examiner) and some tilted hard to the left (Huffington Post, Al-Jazeera).

The Politico survey of 72 members of the White House press corps was the same: only 12 said they were voting for Mrs. Clinton, three for Sanders, two for Cruz, one for Trump. Most (41) gave the chicken-out answers. Asked if they registered with a party, it was Democratic 27 percent, independent 13 percent, and Republicans....zero. Sixty percent claimed “not registered.”

The reporters who deny they tilt liberal or vote Democrat overwhelmingly believe the second President Clinton era is approaching. Despite Mrs. Clinton lurching left to keep primary voters away from Sanders, journalists apparently see liberalism as wildly popular, despite the results of the last two midterm elections.

What’s funny is how reporters think it’s Trump who has the press eating out of his hand, and not Hillary. When asked if Trump “successfully manipulates the media to his advantage,” 94 percent of campaign reporters said yes, and just six percent disagreed. But when asked if Hillary “successfully manipulates the media,” just 31 percent said yes, and 69 percent said no.

That wasn’t the only hilarious polling answer. When campaign correspondents were asked which candidate has been treated the most kindly by the press, only six percent chose Hillary. Instead, it was Trump (34 percent), Sanders (21 percent) Marco Rubio (20 percent), and John Kasich (18 percent).

When Politico asked it the other way – which candidate has been treated the most harshly? – 49 percent said Hillary. That’s far ahead of Trump (15 percent) Sanders (nine), Rubio (seven), Cruz (seven), Jeb Bush (seven), and Ben Carson (three).

These answers suggest reporters aren’t actually reading or viewing the actual press coverage. Which front-runner had the adoring press acolytes running joyously after the “Scooby van” in Ohio, cheering her burrito run to Chipotle (it’s "fun," and it’s "new")? And which one has been compared in the papers to Hitler and Pol Pot?

Both Trump and Clinton have very high unfavorable ratings. His can be blamed in part on the national media. It’s much tougher to prove that Mrs. Clinton has had her character sullied or her message mangled by the media that overwhelmingly think she is the next president.