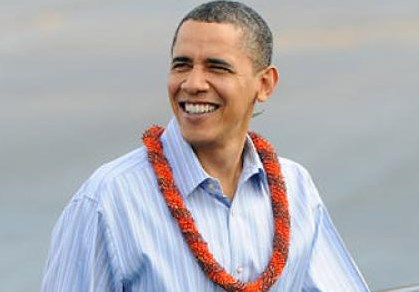 President Obama may be a lame duck, but the press never tires of celebrating him as the first black president. They ran President Bush’s poll ratings into the ground as his term ended, but here in Black History Month, they are promoting Obama like it’s still 2009.

On NBC Nightly News, anchor Kate Snow played video posted on Facebook of a four-year-old black girl crying and distraught that Obama’s time in office will soon be up. “This is, of course, President Obama's last year in office, a fact that has at least one of his supporters quite upset,” Snow told viewers. “Watch what happens when this four-year-old girl's grandmother, Caprina Harris, explains that Mr. Obama will no longer be the President.”

Snow then reported the president responded that the girl should "dry her tears because I'm not going anywhere," and that "once I leave the White House, I'll be a citizen just like her. And when she grows up, she can get involved right alongside me."

He’ll be a citizen? What, pray tell, is he now? Surely, many pro-Obama journalists are feeling this little girl’s emotional pain.

Obama fans from 4 to 106 are presented as the “news.” The White House put out a video of 106-year-old Virginia McLaurin being so delighted to meet the President and First Lady that she broke out into dancing. After years of requests to visit, McLaurin was invited to a Black History Month event.

The same networks that bury Obama scandals and shrug at his insults – the bad manners of skipping Justice Scalia’s funeral is only the most recent  – all celebrated this official White House promo on their morning shows and their evening shows. 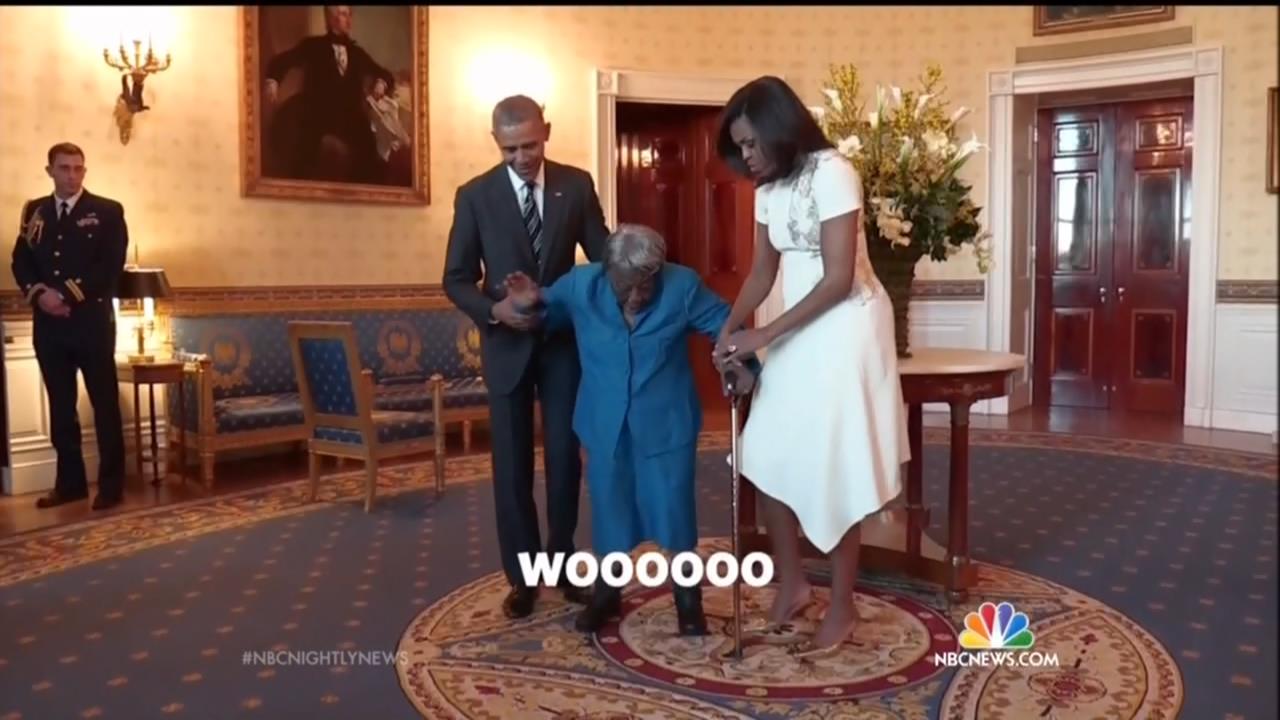 On ABC’s Good Morning America, correspondent Cecilia Vega assured viewers: “And finally, hands down the best video we will see today, I promise you. One woman dancing into the White House like it took her 100 years to get there, because it did.....Guys, she sprinted into the White House so much that President Obama had to tell her to slow it down, ‘Not too quick, Virginia.’ I love that.”

CBS This Morning had almost the exact same take from anchor/Obama friend Gayle King, who gushed: “She was literally dancing with excitement when she met President Obama and First Lady this weekend....Oh, it was great. Imagine what she’s seen in her lifetime. When she first saw the couple, guys, she literally ran to them and the President said, ‘Slow down, slow down!’ That’s great.”

On NBC Nightly News, Lester Holt led off the show promising this story: “And 106 years old with moves better than most teens. Tonight, we talk to the woman so excited at the White House she broke out her dance moves with the President.” ABC World News Tonight anchor David Muir teased at the show’s open: “And forever young. She's 106, and she's teaching the President and the First Lady how to dance.”

There’s nothing wrong with a little uplifting video clip, but when the Republicans are in the White House, our national media feel they have to retain their “independence” and avoid sharing  “propaganda” slickly produced by the White House PR team. When a Democrat is president, propaganda becomes news, and everyone in the newsroom feels just the same way these Obama fans do in these video clips.