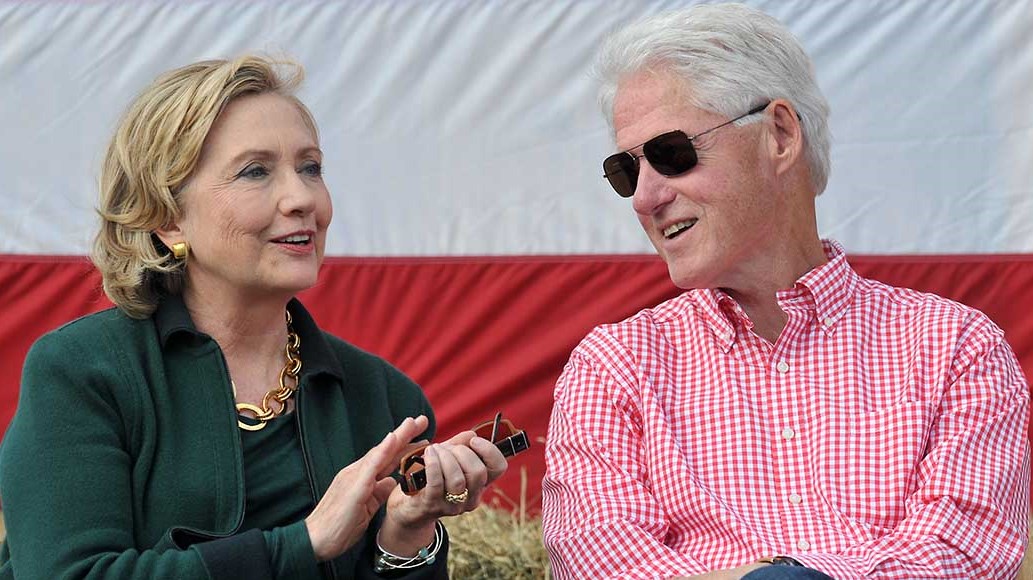 Politico keeps posting ridiculous columns by both Democrats and Republicans who charge that the Clinton scandals are either (1) nonexistent  or (2) all politically harmless.

Joe Conason, a leftist author who’s been dismissing every Clinton scandal for decades in books with titles like The Hunting of the President, is at it again. This time he's produced “The Fake Clinton Scandals Are Back: The right’s newest crusade has an old fake villain.” Conason should be easily dismissed by the editors for criminal ignorance -- or downright deception. One can downplay things like Benghazi. One cannot deny they are scandals -- or at the very least, serious controversies.

It’s better to focus on the second kind, a Republican who thinks the Clintons are much smarter than idiotic conservatives who hold their scandals against them.

Matt Latimer is a former speechwriter for President George W. Bush and Defense Secretary Don Rumsfeld. Loyalty apparently doesn't mean much to this fellow. He's written a cutting expose of the Bush team called Speech-less. His sneering Politico piece was titled “Scandals Only Make the Clintons Stronger: The Republican plan to defeat Hillary Clinton is doomed. It's time to go easy on her.”

This is the same Politico contributor who witnessed the 2014 wave election for conservatives and quickly wrote a piece under this headline: “Hillary’s Wonderful Week: A Bush speechwriter proclaims: Her campaign lacked villains. Now she’s got a lot of them.” Can you imagine anyone looking at the wave election of 2006 and writing it up as“McCain’s Wonderful Week”?

Latimer dismisses polls that show voters don’t think Hillary is honest or trustworthy, and cracks, “Is it possible to win the White House if more than half the electorate thinks you’re dishonest? Uh, of course, it is, people. The Clintons do this all the time.”

Except Hillary didn’t last time. She sank like a rock. That wasn’t just the Clintons’ train full of baggage. It was Hillary’s completely leaden speech delivery – like “I don’t feel no ways tired” –  her imperious press strategy, and other routines she’s repeating in this cycle.

Latimer advises that Republicans should shock everyone by dismissing the Clinton scandals, and rely on the press to decide whether it all matters. “You know, it’s easy to pile on the Clintons, but I’m going to give them the benefit of the doubt and hope that the media does its job. My focus is on my campaign and my message to the voters...”

Hoping the media do their jobs is like hoping you hit the Powerball lottery every time you enter a 7-Eleven. A nice idea, but pure fantasy.

Besides, no serious GOP strategist thinks you can only run on the Clinton scandals. Latimer said voters want “ideas, not innuendo.” Voters do want ideas,  but does he think the Clintons and their media allies aren’t going to traffic in innuendo when it comes to defining the Republican candidates? Romney haircuts? Rick Perry’s rocks with paint?

The candidates this time have shown some promising gumption on this front, using the Clinton scandals when the Clintons throw innuendo. A Republican war on women? Rand Paul throws back Bill Clinton’s personal war on bimbos. Hillary represents the “everyday Americans”? You throw back Hillary and Bill’s long list of six-figure speeches.

Latimer mocks everyone who’s ever been outraged by a Clinton scandal by making each sound like an unglued conspiracy theorist: Maybe “someone will finally have footage of Hillary Clinton setting an American flag on fire while smoking a crack pipe at a Nazi appreciation meeting with Kim Jong Un.”

There are no "silver bullet" scandals, nor do Republicans need them. Way too much of what the Clintons have done to enrich themselves and cement their return to power over the last 15 years makes a complete mockery of Bill's 1992 campaign book title: "Putting People First." We suspect that if ever there was a serious examination of this issue alone, Hillary Clinton might be toast.