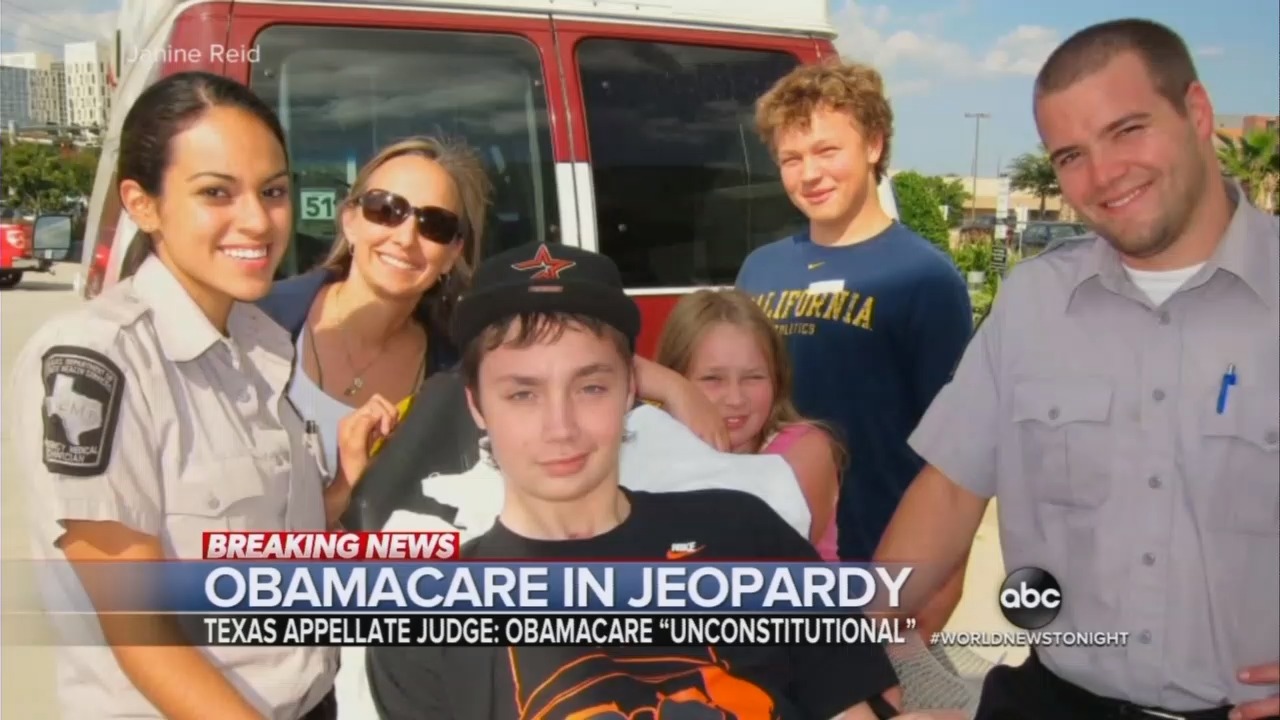 One key reason it’s so difficult, if not impossible, to ever reverse, or even slightly reduce, an entitlement program is how the news media become advocates for the program. So, as expected, in the wake of the federal district court ruling Friday night declaring ObamaCare unconstitutional, ABC, CBS and NBC all found an example of someone who would be hurt by losing ObamaCare.

None found any time to cite the plight of the millions hurt by ObamaCare who might benefit from the dissolution of the program, such as those who lost their preferred doctor, had their premiums soar to unaffordable levels or face deductibles so high that their insurance is of little use.

Instead, NBC’s Rehema Ellis pronounced “affordable care is a game-changer for Susan Lemay (sp?), a mother of two.” With “OBAMACARE IN JEOPARDY” as the on-screen heading, ABC reporter Erielle Reshef warned: “Future health care for 17 million Americans, now in doubt.” She found a woman who, she relayed, “says ObamaCare saved her family from financial ruin when her son was diagnosed with a brain tumor.”

On CBS, reporter Nancy Cordes assured viewers that “for now nothing changes for the 20 million people who rely on the law,” such as a woman she featured, “who was diagnosed with leukemia four years ago.” The woman asserted ObamaCare was “the only reason I was able to get coverage.”

From the three broadcast network evening newscasts over the past few days:

Reporter Rehema Ellis: “With a family, health insurance has got to be critical for you. Has it been one of your biggest worries?”

Ellis: “Affordable care is a game-changer for Susan Lemay, a mother of two.”

Lemay: “I’ve picked my jobs based on the health coverage and now that I have the Affordable Care Act I can have some freedom.”

Reshef: “Janine Reid says ObamaCare saved her family from financial ruin when her son was diagnosed with a brain tumor.”

Reid: “Medical bankruptcies are a reality, and they were a much bigger reality before the Affordable Care Act.”

Reporter Nancy Cordes: “The case could work its way to the Supreme Court. So for now nothing changes for the 20 million people who rely on the law, like Alta Alger of Austin, who was diagnosed with leukemia four years ago.”

Alta Alger: “I was actually in the hospital when my sisters helped sign me up for ObamaCare. I couldn’t even do that myself at the time. And that’s the only reason I was able to get coverage.”