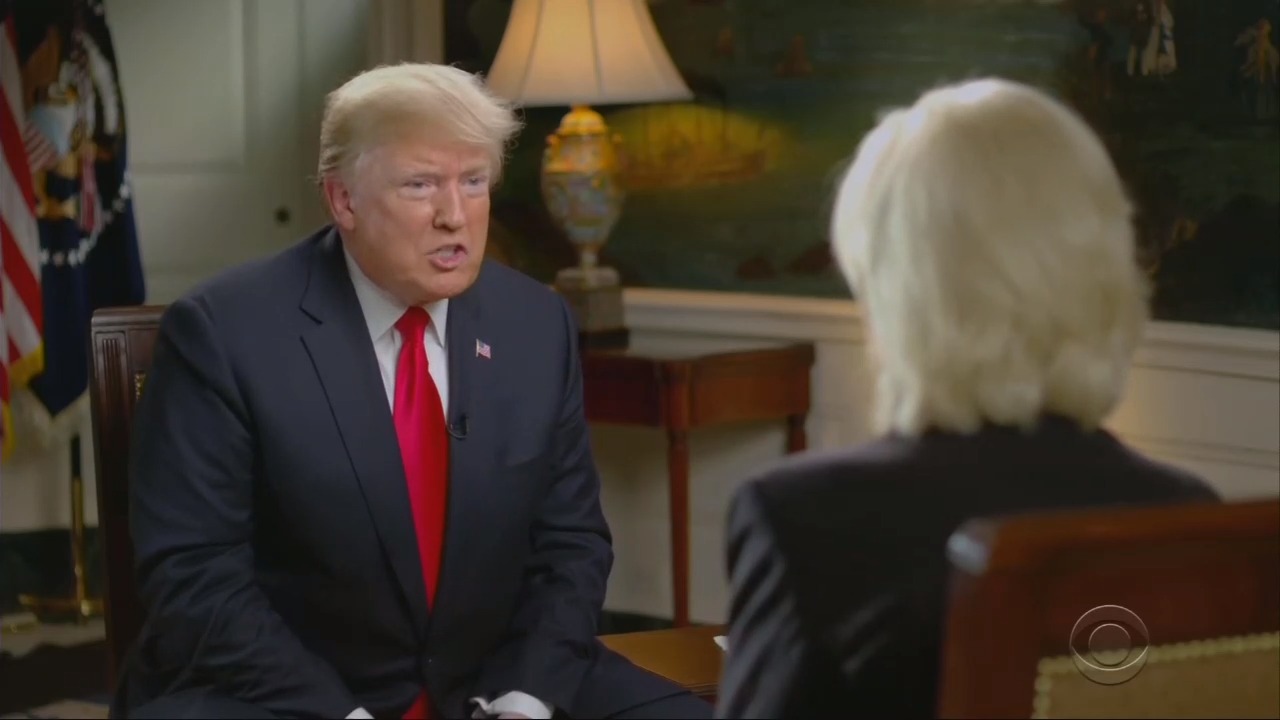 During a two part interview with President Trump aired on 60 Minutes on Sunday night, Lesley Stahl asked “what’s the biggest surprise” he's learned as President? Trump cited the duplicity of Washington politicians, but when he relayed how “the other thing I’ve really learned is I never knew how dishonest the media was and I really mean it. I’m not saying that as a soundbite. I never knew how dishonest,” Stahl cut him off: “I’m going to change the subject again.”

Referring to an earlier exchange, Trump pointed out: “Well, no, even the way you asked me a question, like, about separation. When I say Obama did it, you don’t want to talk about it.”

Trump soon zinged her: “In the meantime, I’m President and you’re not.”

Stahl began what ran on the October 14 60 Minutes by hitting Trump on global warming, showing scenes of devastation as she asserted: “Michael comes on the heels of a series of super storms: Florence in the Carolinas, Maria in Puerto Rico, Harvey in Texas. Do you still think that climate change is a hoax?”