Sunday night I stumbled across CNN’s United Shades of America with W. Kamau Bell and I actually learned something as host Bell devoted the hour to the joys of living in Canada. Bell featured a man who was so disgusted by Donald Trump’s election that he left Oregon for Canada. That man: Mark Nykanen, an NBC News Washington correspondent from 1980 to 1988.

Nykanen proceeded to serve as press secretary for Jerry Brown’s quest for the 1992 Democratic presidential nomination.

The journalist turned political operative recalled for a delighted Bell: “I actually had never underestimated the conservative nature of American politics, but I did this time. My wife and I looked at each other and said: ‘Time to hit the road.’ And we did. We had the house on the market within two weeks.”

Nykanen didn’t hide his long-standing hostility to the United States: “The thing that every time the U.S. invaded another country it was like, not again, not again.”

He fondly recounted arriving in Canada, as tears welled up when he described leaving the supposed war culture of the U.S.: “When we came across the border, we’re driving in and when you see the Canadian flag all of a sudden my wife is sighing and so am I. We’re both going, ‘ahh.’ And you know what that was, I think that was the emotional response of two Americans who were no longer living in a country constantly going to war. That’s a hard thing to take. That’s a burden Americans have that even progressives I don’t think quite get it.” 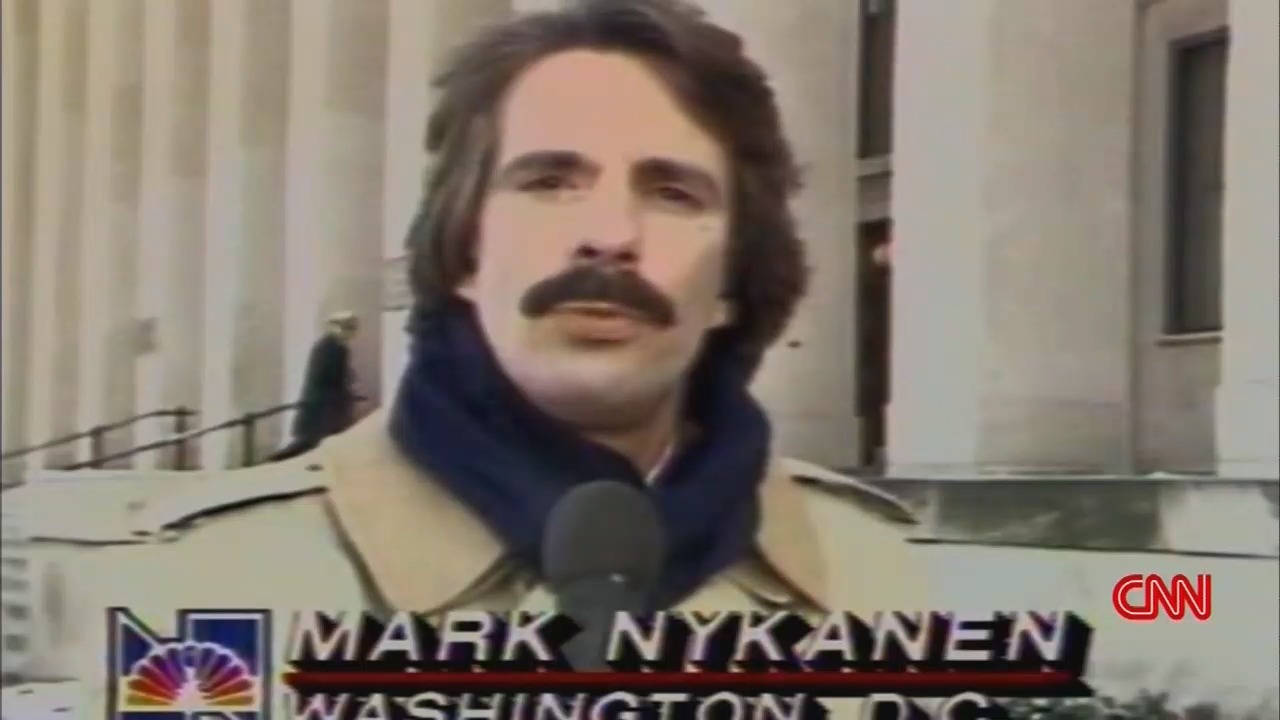 The journalist encouraged others to recognize Trump’s evil and leave: “Everybody has a trigger point. And I think that Americans -- they need to to think about what their trigger point is. We do have a president at this time who is openly racist, openly sexist, openly xenophobiaic. What’s your trigger point?”

Not noted by CNN on the June 24 program: Nykanen, and his wife Lucinda Taylor, actually left Hood River, Oregon to move to Canada in 2003, upset by the Iraq war. Then, after eight years of Obama, they felt safe enough to return to Oregon, this time to The Dalles. But then Trump won.

From an April 2017 article, “These Americans moved to Canada for political reasons. They don’t regret it,” in The Guardian:

The couple is heading to Canada for political reasons – and not for the first time. In 2003, appalled by George W Bush’s order to invade Iraq, they abandoned their lives in the US for a new start in Nelson, British Columbia.

“I felt very strongly that the US had turned a corner from which it would never turn back,” said Nykanen, 65, recalling the earlier relocation. “We made that move not because we feared terrorists, but what the country was becoming.”...

The family returned to Oregon in 2016, when Taylor was offered a healthcare position that she couldn’t refuse. Now, just a year later, they wish they had never returned.