Once again serving as the broadcast arm of MSNBC, Monday’s NBC Nightly News devoted a full segment to the supposed outrage over what Mitt Romney said in a surreptitiously-recorded video promoted by the left wing Mother Jones magazine, remarks which Chris Matthews, Ed Schultz and Rachel Maddow put at the top of their MSNBC shows. And CNN soon joined in the hysteria with Anderson Cooper 360 treating it as “Breaking News.”

Of course, Romney had simply provided an obvious assessment of the state of the electorate where many have an “entitlement” mentality and nearly half avoid the income tax. 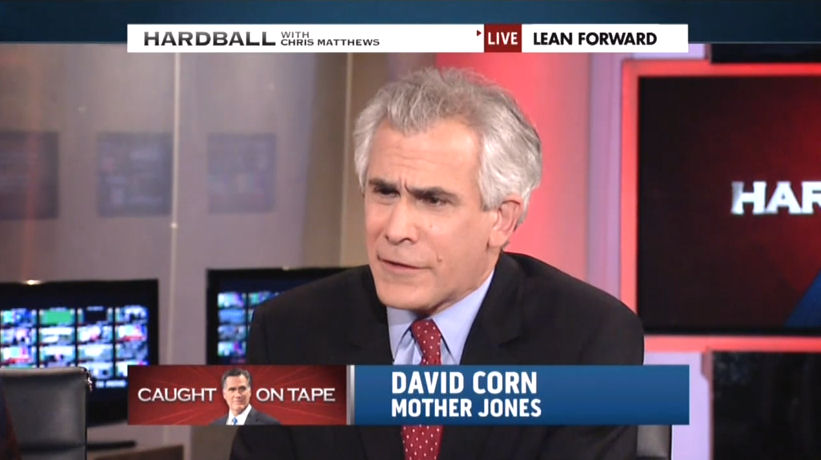 In an online post, David Corn of Mother Jones, who appeared on Hardball, summarized Romney’s comments:

During a private fundraiser earlier this year, Republican presidential candidate Mitt Romney told a small group of wealthy contributors what he truly thinks of all the voters who support President Barack Obama. He dismissed these Americans as freeloaders who pay no taxes, who don't assume responsibility for their lives, and who think government should take care of them.

And the inaccuracy is?

Nonetheless, NBC anchor Brian Williams insisted “the GOP presidential candidate is heard giving a snapshot of the electorate that is going to raise eyebrows when heard.” Williams correctly observed, without acknowledging how NBC had taken a side:  “It’s another eye of the beholder issue, people will make what they make of these comments coming out tonight.” 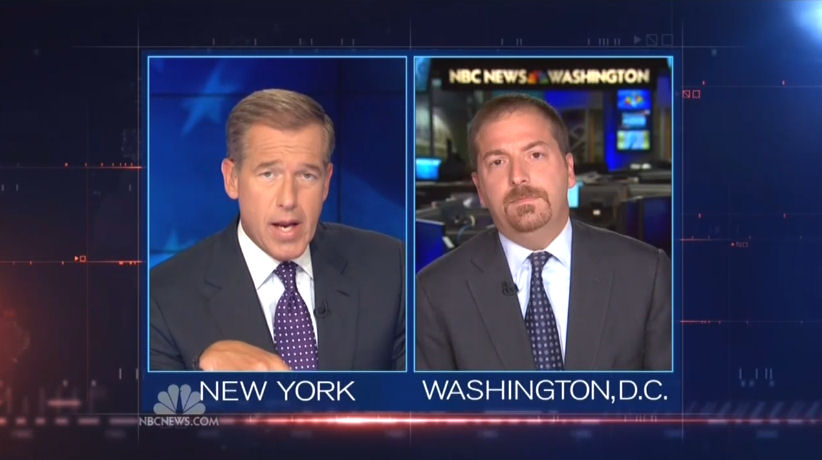 NBC Political Director Chuck Todd equated Romney’s comments to when Obama as a candidate in 2008 “had a similar incident where he was overheard talking about analyzing folks in the state of Pennsylvania, saying they ‘cling to their guns and religion.’ And Brian, it’s a political comment to this day that’s still a political problem for the President to deal with in those states.”

At the time -- mid-April of 2008 -- NBC Nightly News wasn’t so quick to jump on the remark, waiting a full day until a Saturday night to cover it.

From the September 17 NBC Nightly News:

BRIAN WILLIAMS: Tonight, a surreptitious recording of Mitt Romney at a private fundraiser has gone public. In remarks he thought would stay among those in the room, the GOP presidential candidate is heard giving a snapshot of the electorate that is going to raise eyebrows when heard. The recording was released to the liberal magazine Mother Jones. Before we talk about it with our political director Chuck Todd, we want to play for you now a portion of it.

MAN IN AUDIENCE: For the past three years, all everybody’s been told is “don’t worry, we’ll take care of you.” How are you going to do it, in two months before the elections to convince everybody you’ve got to take care of yourself? 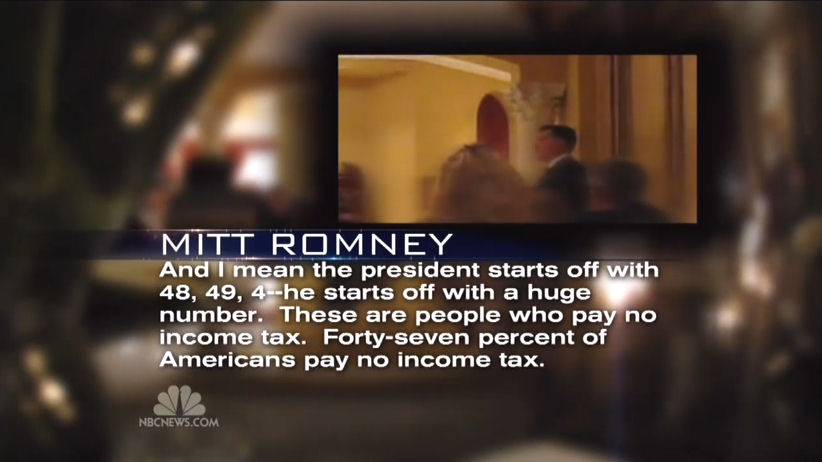 MITT ROMNEY, IN RECORDING: There are 47 percent of the people who will vote for the President no matter what. All right, there are 47 percent who are with him, who are dependent upon government, who believe that they are victims, who believe the government has a responsibility to care for them, who believe that they are entitled to health care, to food, to housing, to you-name-it. That that’s an entitlement. And the government should give it to them. And they will vote for this president no matter what… And I mean the President satrts off with 47 percent, 48, 49 – he starts off with a huge number. These are people who pay no income tax. 47 percent of Americans pay no income tax. So our message of low taxes doesn’t connect. So he’ll be out there talking about tax cuts for the rich. I mean, that’s what they sell every four years. And so my job is not to worry about these people. I’ll never convince them they should take personal responsibility and care for their lives.

What I have to do is to convince the five to ten percent in the center that are independents, that are thoughtful, that look at voting one way or the other depending upon, in some cases, emotion, whether they like the guy or not.

WILLIAMS:  So that is the newly released surreptitious recording of Mitt Romney, as promised, let’s go to our chief White House correspondent and political director, Chuck Todd, in our D.C. newsroom. And Chuck, your job here is context. As long as there have been fundraisers by politicians there have been these small gatherings where remarks are made, preferably to stay in the room. These did not.

CHUCK TODD: That is right, and you don’t necessarily know, is the candidate saying what he truly believes or is he saying what he thinks the audience wants to hear, particularly at a place like a fundraiser where partisan red meat is had, not just rubber chicken, if you will, that they eat? But, you know, in this videotape, which of course our national correspondent, Michael Isikoff, acquired, you do get a sense of at least of what the campaign is thinking sometimes and in many ways Mitt Romney was sounding like a pundit, right? He was saying there is 47 percent of the country that is going to be with the President no matter what. But the part that he said, talking about that they pay no income taxes, that they want to be part of a government, it’s probably going to have legs and something he’s going to deal with. He put out a statement, sort of an innocuous statement the campaign has, trying to deal with this a little ways.

And it’s a reminder, President Obama, when he was candidate Obama, had a similar incident where he was overheard talking about analyzing folks in the state of Pennsylvania, saying they “cling to their guns and religion.” And Brian, it’s a political comment to this day that’s still a political problem for the President to deal with in those states.

WILLIAMS: And a couple of things here, number one, the kind of story line politically today, already was some in-fighting among members of the Romney campaign staff. A lot of it going back to what happened or didn’t happen at the GOP convention. Has the Romney campaign responded yet tonight about this?

TODD: Well again, on this comment, they said hey, Mitt Romney wants to be President of all Americans. And that’s the part, of course, the Obama campaign is trying to drive home: Hey, he’s writing off 47 percent of the Americans, he’s trying to divide the electorate. Frankly, that’s what campaigns end up doing, they both accuse the other side of being divisive in this case. As for the Romney campaign, there is sort of a re-tooled feel to it. They’ve got new advertising out, a little more of a coherent message that they want to put out. So, let’s see what happens, we’ve got a couple of weeks until the first debate. That’s the next moment to be watching in this campaign, Brian.

WILLIAMS: Of course, it’s another eye of the beholder issue, people will make what they make of these comments coming out tonight. Chuck Todd, our political director. Chuck, thanks.