After MSNBC counterterrorism analyst Malcolm Nance confronted Breitbart editor Alex Marlow on Friday's Real Time show, demanding that he retract an article from last April which accurately highlighted Nance "nominating" a Donald Trump property for a terrorist attack, actor Mark Hamill was so impressed with the liberal MSNBC analyst that the Star Wars icon praised him on Twitter and dubbed him a "Jedi master."

After MSNBC's Joy Reid highlighted Hamill's tweet on her AM Joy show on Sunday, Hamill also threw some Twitter praise toward the far-left MSNBC host.

At 11:46 a.m. ET on Sunday's AM Joy, host Reid excitedly brought up the exchange from Friday's "Overtime" segment of Real Time with Bill Maher on HBO. Nance was seen complaining that he received death threats after a Breitbart article about him:

MALCOLM NANCE, MSNBC COUNTERTERRORISM ANALYST, CLIP #1: There was this article about a 35-year counterterrorism expert who claimed that they wanted Trump Tower attacked that was written in Breitbart. I got 31 death threats from that, and that came from your website. So are you going to secure that right now? Are you going to apologize to me?

NANCE CLIP #2: Your followers threatened my family, my children, my wife.

After an edit, the exchange between Marlow and Nance continued:

ALEX MARLOW, BREITBART NEWS EDITOR: Are you really suggesting that Breitbart doesn't get death threats, that our lives aren't put in danger --

MARLOW: Show me the story, and if the story is as you describe, I'll be happy to offer an apology to you --

NANCE: I will come to your office to see that retraction. 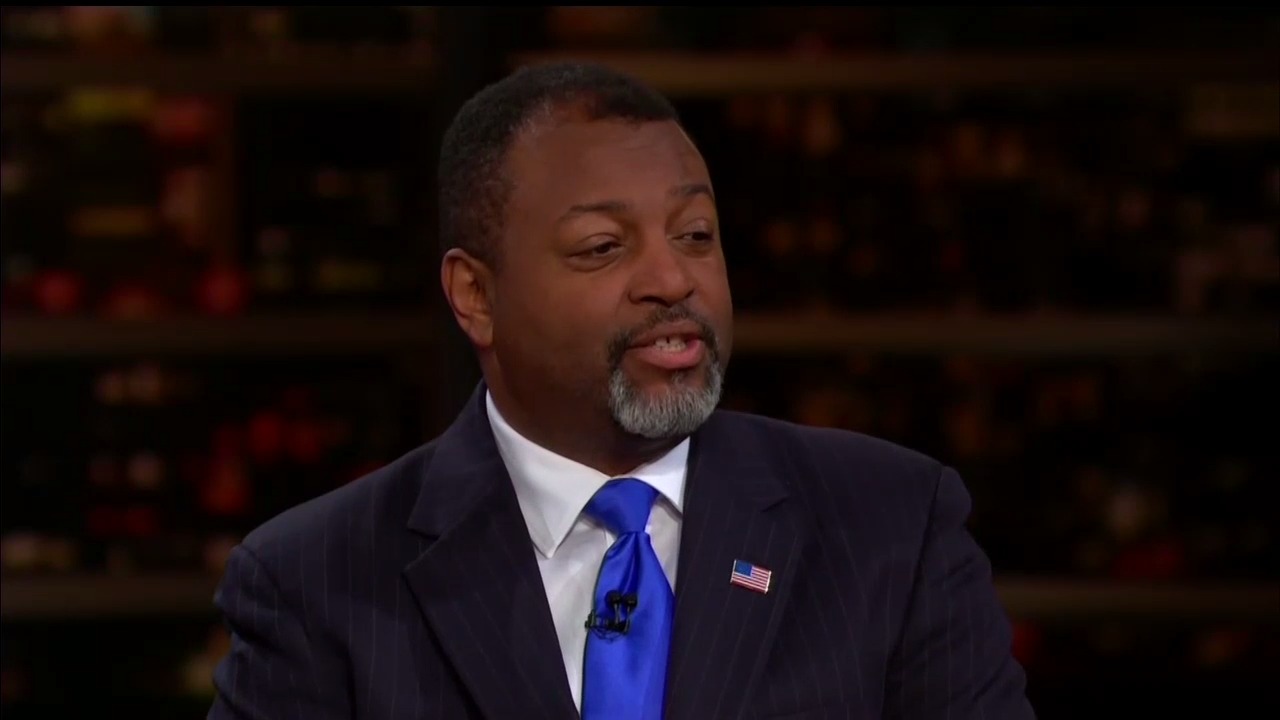 The MSNBC analyst did not quote or clarify the tweet in question which Nance deleted soon after its publication.

Nance's tweet from April had read: "This is my nominee for first ISIS suicide bombing of a Trump property."

After the HBO clips had concluded, MSNBC host Reid then excitedly added:

Boom! For that clip, Malcolm got a shout out from the one and only Mark Hamill: "Thank you for your service, Malcolm Nance. Watching you calmly kicking Breitbart butt was hysterically satisfying! Hashtag 'Don't mess with Jedi Master Nance.'"

Luke Skywalker called Malcolm a Jedi master, to which Malcolm replied: "The force is strong when the last Jedi backs a brother up!"

After being mentioned on her show, Hamill tweeted: "You swing a pretty mean lightsaber yourself, @amjoyshow. Thanks for fighting the good fight!"