On MSNBC, Daily Beast's Dickey: 'I'm Afraid' European Right 'Will Continue to Be on the Rise'

Appearing as a guest during Sunday's MSNBC live coverage of the Paris terrorist attacks, Daily Beast Foreign Editor Christopher Dickey declared that "I'm afraid" that the right wing in Europe "will continue to be on the rise" in the aftermath of the attacks.

At about 11:32 a.m., MSNBC host Francis Rivera asked Dickey "how will this change Parisians" as she posed:

Chris, I know you know this country and the French people very well, but I want to ask you, you see there the resilience and the strength and the comforting side of the city now, but long after today and the days of mourning, how will this change Parisians for better or worse?

The Daily Beast Foreign Editor, who yesterday dismissively declared that "I'll be surprised if it turns out" the Syrian refugee issue is linked to the Paris attacks, began his response: 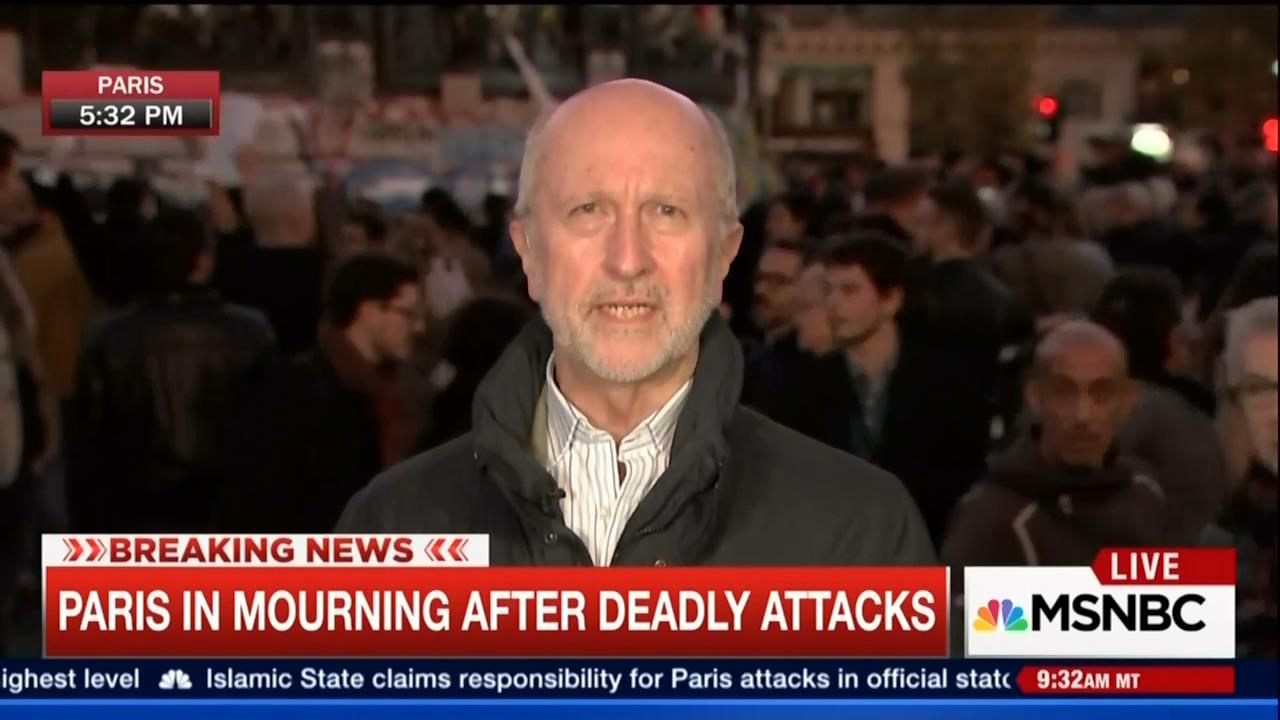 Well, I think the big risk is that this will drive a wedge between the immigrant communities and their descendants and what are called the francais de souge (sp?), the Franco-French. That is clearly the intention of these attacks. They are meant to drive a wedge in French society, to divide it. Now, what we see here in Place de la Republique is a demonstration by a lot of French people that they won't be divided, that they will show solidarity, that they will work together. But whether that will last is a very, very unclear proposition.

Fretting over the European continent's "right wing," he added:

Already we have politicians who are trying to exploit this. They were exploiting concerns about immigrants and refugees coming to France before. The right wing is on the rise, and I'm afraid that it will continue to be on the rise.