On Monday's New Day, during a discussion of GOP presidential candidate Donald Trump's recent criticism of President Barack Obama's deal with Iran on the Islamic state's nuclear program, Daily Beast editor and liberal CNN political commentator Jon Avlon oddly claimed that Obama has a "nuanced negotiating style" that is "inspirational" as he responded to the GOP presidential candidate's comments.

At about 6:45 a.m., co-host Chris Cuomo introduced a soundbite of Trump from Sunday's Meet the Press on NBC:

CHRIS CUOMO: Here's another. Let's play his Iran sound[bite] quickly because this is going to be, again, this, "Would it have worked? Or does it sound like it would have worked?"

DONALD TRUMP: I would have told them upfront, "We will never give you back your money. We will never give back your $150 million. You're never getting that money back." That's number one. Number two, before we start negotiations, you have to give us our three prisoners -- now, it's four, okay? You know, when it started, it was three. Now, it's four. You have to give us back, without question, you have to give them back. And you know what, you don't want them, but we do. It's psychologically good, and it will help us make a better deal together that's good for you.

So, Kevin, you know that those prisoners were a big deal for people when they found out about this. But is that something that sounds good but ultimately you can't put in the balance of what ultimately was being dealt with there, which was nuclear power? 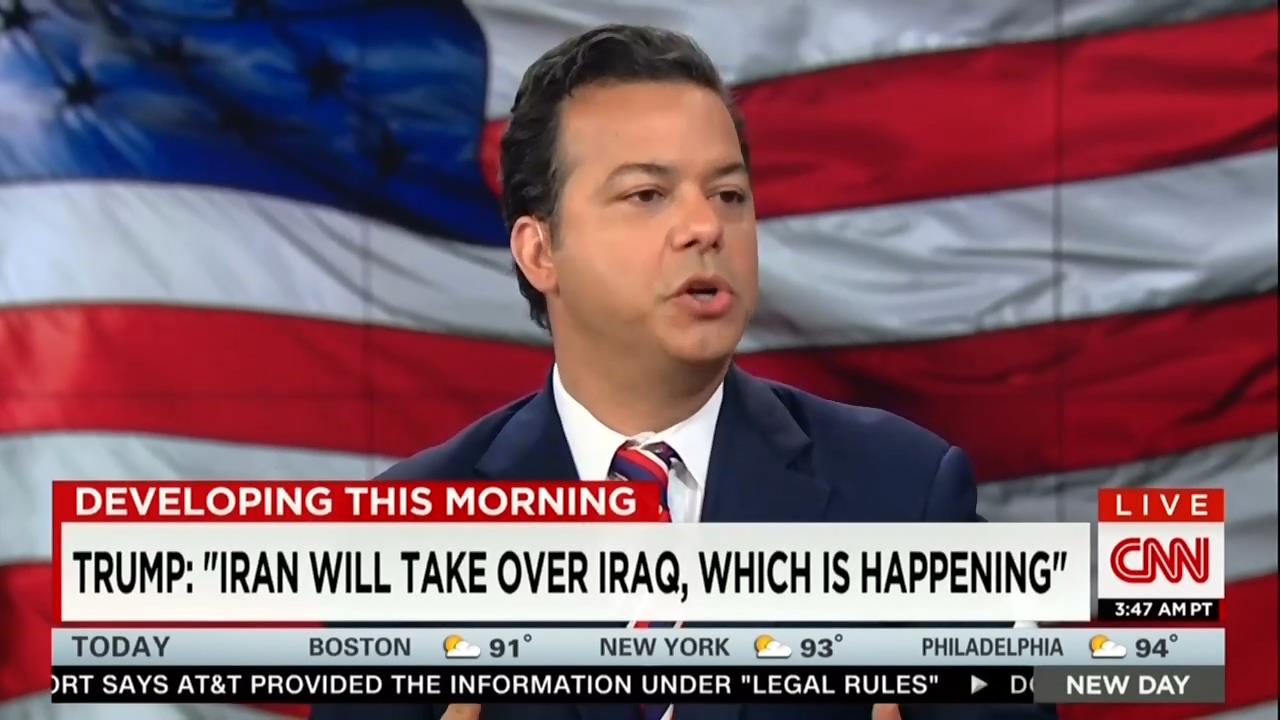 Yeah, I'll just say this, one of the things that happens in presidential contests is that candidates who do well often are the balance, the opposite of the perceptions of the President in office. So Obama was the anti-George W. Bush.

To some extent, Trump's appeals -- the bluster, the bold talk, the "I'm going to take charge" -- is so, you know, counter to the more nuanced negotiating style of this President, which is inspirational but not as much about, like, "I'm gonna lay down the law." That's partly what appeals for what some of Trump's support accounts for.