As if one had to be "far right wing" to oppose giving legal status to most of the country's millions of illegal immigrants, CNN political analyst Margaret Hoover on Friday's New Day asserted that the "far right wing of the Republican Party" will oppose Donald Trump's plan to allow the estimated 11 million illegal immigrants already in the U.S. to acquire legal status.

Co-host Alisyn Camerota introduced a clip of Trump from an interview with CNN's Dana Bash in which the GOP presidential candidate called for removing illegal immigrants from the country, but then offering them an "expedited" process to get back into the U.S. with legal status. Camerota queried: "So tell us if this will pass muster at the debate."

Hoover, a supposedly right-leaning CNN analyst who is known for taking liberal positions on some social issues, began her response by imitating Trump's perceived position. Hoover:

After co-host John Berman jumped in to recall that Breitbart.com had already criticized the GOP candidate's idea, Hoover added:

Below is a transcript of the relevant portion of the Friday, July 31, New Day on CNN from the 6:00 a.m. hour:

ALISYN CAMEROTA: Margaret, we have an example of Donald Trump dealing with policy or issues. Here is how he responded to Dana Bash in terms of immigration. So tell us if this will pass muster at the debate. Watch this.

DONALD TRUMP CLIP #1: You're supposed to come here legally. I would get people out, and I would have an expedited way of getting them back into the country so they can be legal. 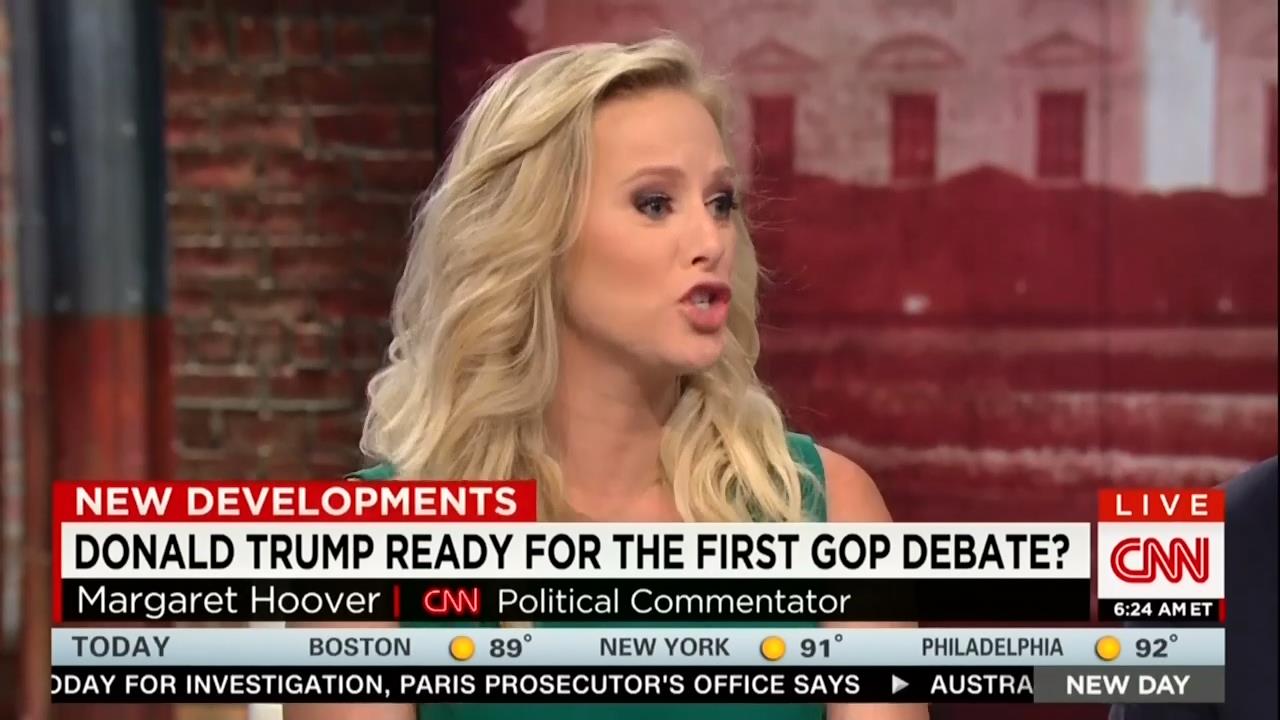 HOOVER: And that's exactly what the far right is going to think.

BERMAN: They already are.

HOOVER: That is so not going to fly with the far right wing of the Republican Party.