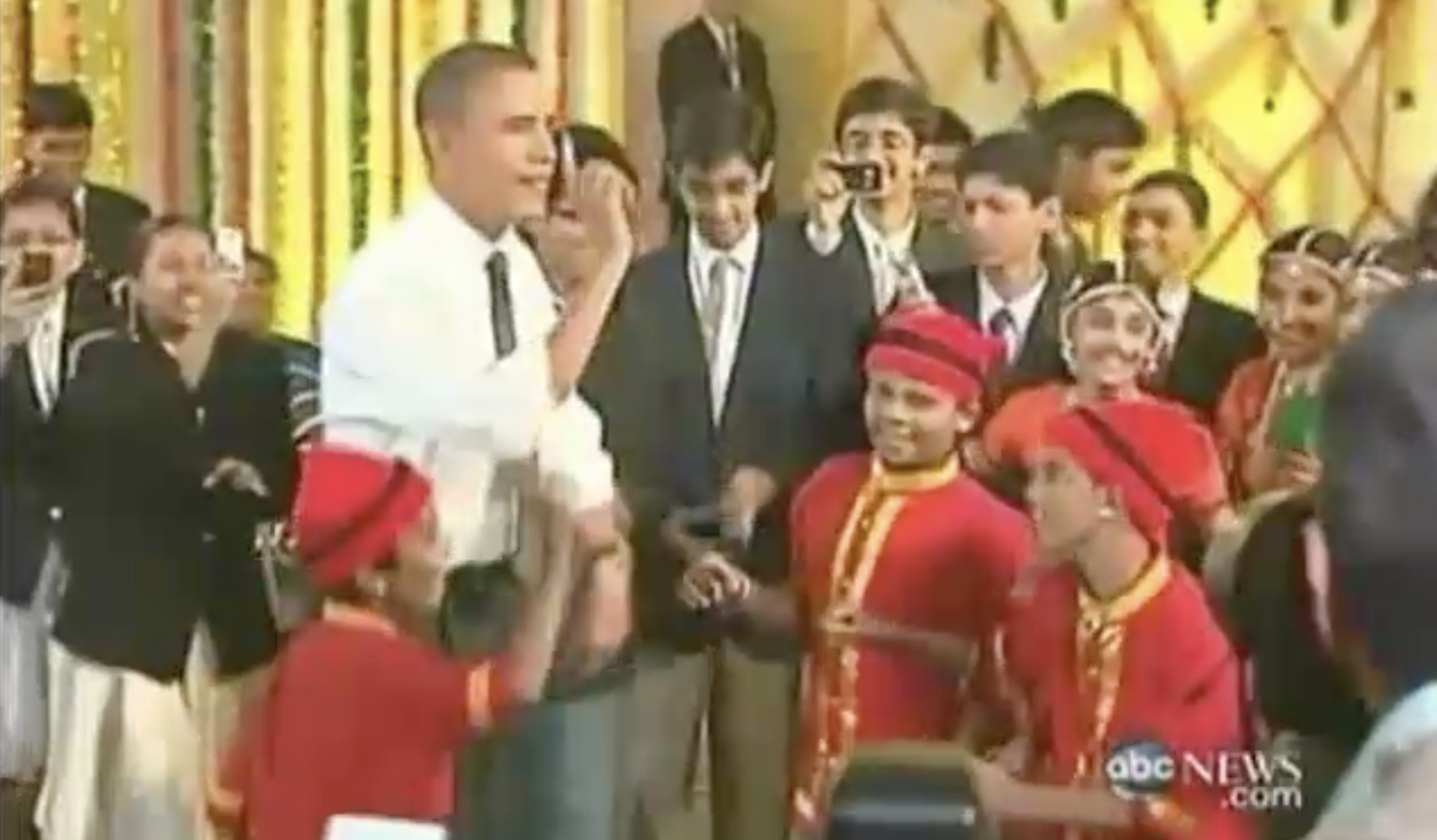 President Trump’s state visit to India received less than a single minute of evening news coverage from broadcast networks (ABC, CBS, and NBC). But back in 2010, those same networks dedicated more than 20 times as much coverage (18.5 minutes) to then-President Obama’s India trip, often making it the top item of their nightly broadcasts.

Each of the evening newscasts allocated just a single news brief to Trump’s trip, all on February 24 (the first day of the visit). NBC and ABC spent a paltry 13 and 15 seconds respectively on the Presidential excursion. While CBS’s report lasted just 23 seconds, it was the only one even to mention the President’s trade negotiations — albeit with a single sentence.

Viewers of ABC and NBC’s newscasts learned only that the President and First Lady were in India (though the reason was not specified), that they had visited the Taj Mahal, and that Trump himself had once opened a casino with the same name. None of the evening broadcasts on February 25 even mentioned the President’s trip.

By contrast, all three networks ran at least one full-length report during President Obama’s November 6-8 trip in 2010, taking up a combined 18.5 minutes of airtime. NBC covered all three days of the visit and spent more than three minutes per night on it. ABC offered coverage on the last two days of the trip, and CBS ran just one segment on the final evening.

These numbers likely would have been even higher if two newscasts on CBS and one on ABC had not been pre-empted for sports, as often happens on weekends.

ABC and NBC found Obama’s time in India so compelling that both networks led off two consecutive evening broadcasts with the story. These reports included details such as the purpose of the visit and updates about what the President had accomplished — none of which was present in their coverage of Trump’s visit.

Unsurprisingly, the tone of the 2010 coverage was predominantly positive. For example, NBC correspondent Lee Cowan claimed on the November 6 NBC Nightly News that Obama’s negotiations “could create more than 50,000 US jobs.”

Cowan also spent part of the segment fawning over then-First Lady Michelle Obama playing hopscotch with Indian children. That portion of the report alone actually took up more airtime than all of NBC’s coverage of the Trump visit.

Perhaps the networks might have paid Trump's state visit more attention if First Lady Melania Trump had opted to hula hoop with some orphans.