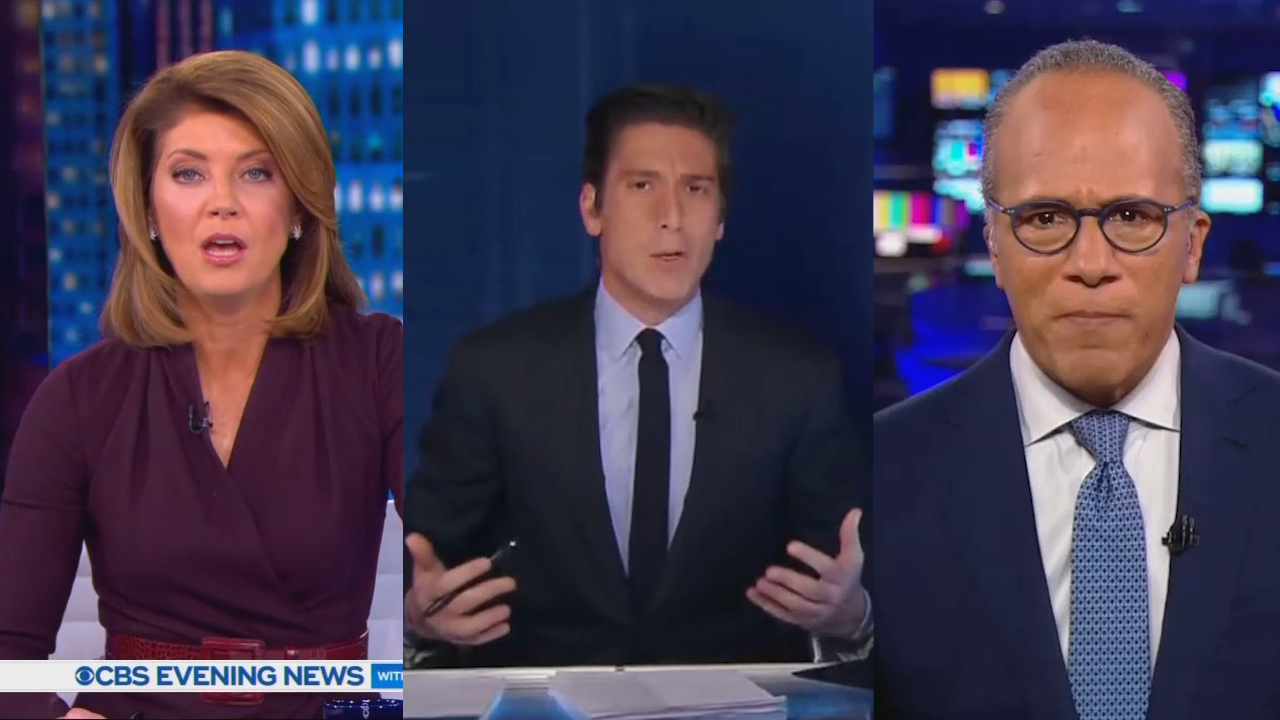 Apparently ABC, CBS, and NBC are so reluctant to give President Trump a win that they’re scared of reporting good news that only vaguely involves him — like the stock market reaching record high. On Monday, none of the three broadcast networks spared even a second of airtime to mention this development in their evening newscasts.

The record high generated a slew of articles from financial news outlets. Jeff Cox at CNBC wrote of the development: “...many major analysts missed one of thee best years of this history-making bull market that continues to make new highs.”

Good news, right? Surely broadcast news watchers would be interested in hearing about healthy markets after rough patches in 2018.

Unfortunately for those viewers, no such news was mentioned by any of the three major broadcast networks. Instead, audiences were regaled with stories of cold weather (in winter, no less!) and the latest impeachment news.

All three networks also managed to squeeze in a story about a jewelry heist in Germany. Interesting, sure, but otherwise useless information for any American not desperate for more water-cooler conversation topics.

One commercial break during ABC’s newscast that evening featured a campaign ad from billionaire impeachment enthusiast Tom Steyer, who promised that he would “take Trump on” on the economy. Those relying on ABC as their sole source of news may well have missed the irony of a pledge to “take on” a healthy bull market.

As for why the story got no airtime on Monday, one can only speculate. But President Trump's repeated attempts to link himself to good economic news provide a clue. Considering the networks recently set their own record for sheer volume of negative Trump coverage, it's entirely possible they axed the story to avoid handing the President a victory.

Perhaps one of the broadcast networks will find time tonight to cover the record-setting markets, in between reports about weather and German jewel thieves.