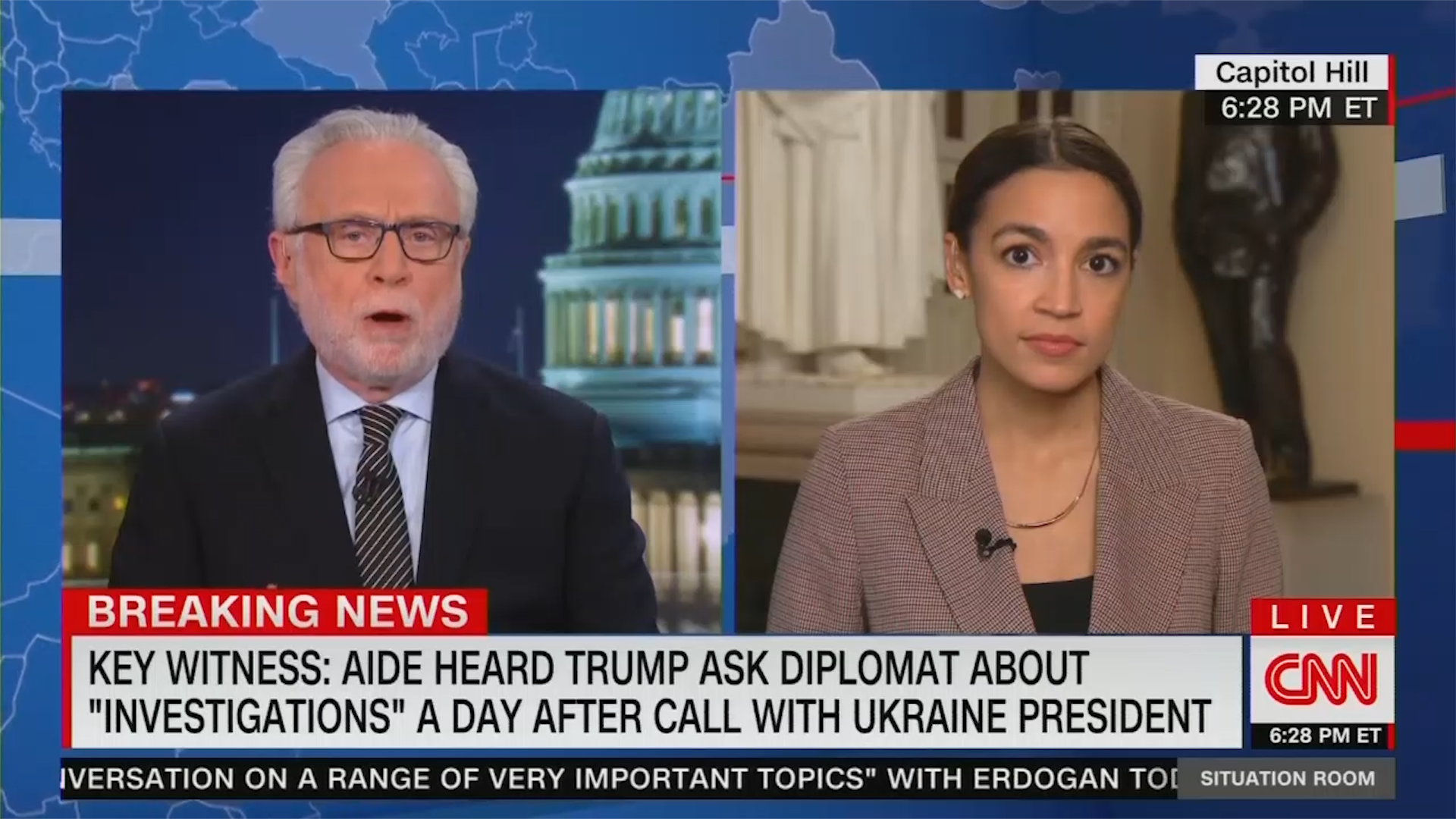 For the past several weeks, anxious journalists have coached Democratic politicians from the sidelines with unsolicited advice on how best to convince the majority of Americans to support impeaching President Trump.

The latest example: instructing the Democratic leadership to stop describing President Trump’s alleged conduct as a “quid pro quo,” and to stick with more sinister words such as “bribery” or “extortion.” On November 8, The Washington Post ran an op-ed titled “Enough with the Latin. What Trump did was bribery.” The New York Times and The Atlantic published similar pieces the following day.

PBS White House correspondent Yamiche Alcindor tried to assist the partisan impeachers on the November 10 edition of NBC’s Meet The Press: “Quid pro quo might be too complicated when you’re running to the supermarket or when you’re going somewhere, rather than saying ‘the President tried to bribe a foreign country.’”

Put another way, Americans are too simple-minded to understand that a quid-pro-quo is eminently impeachable, so let’s start saying “bribery” instead.

During the November 13 edition of The Situation Room,  CNN’s Wolf Blitzer tried to guide Congresswoman Alexandria Ocasio Cortez (D-NY) in the right direction with this softball: “A lot of the initial messaging in all of this uproar involved the words 'quid pro quo.' Do democrats, Congresswoman, need to fine-tune their language?”

On November 14, House Speaker Nancy Pelosi thrilled her media coaches when she adopted their script and accused the President of attempting a “bribe” — even going so far as to suggest that “quid pro quo” directly translated to “bribery.” Journalists who had spent the past few weeks advocating for just such an outcome were overjoyed. That evening, host Ari Member extolled on MSNBC’s The Beat:

This is the first time Speaker Pelosi has made the specific bribery case against Donald Trump. She’s obviously the top Democrat in power. And several other key Democrats have also recently discussed bribery as the article of impeachment that they may lead with against Donald Trump. So this is all brand new this week.

Considering the DCCC recently focus group-tested their messaging on impeachment, it’s safe to say they sensed an issue (Incidentally, those focus groups determined “bribery” to be the most rousing description of the President’s actions).

But rather than reporting on the Democrats’ struggle with messaging, concerned journalists instead leapt to help them solve it. Just another sign of which side the media favor in this ongoing political war.