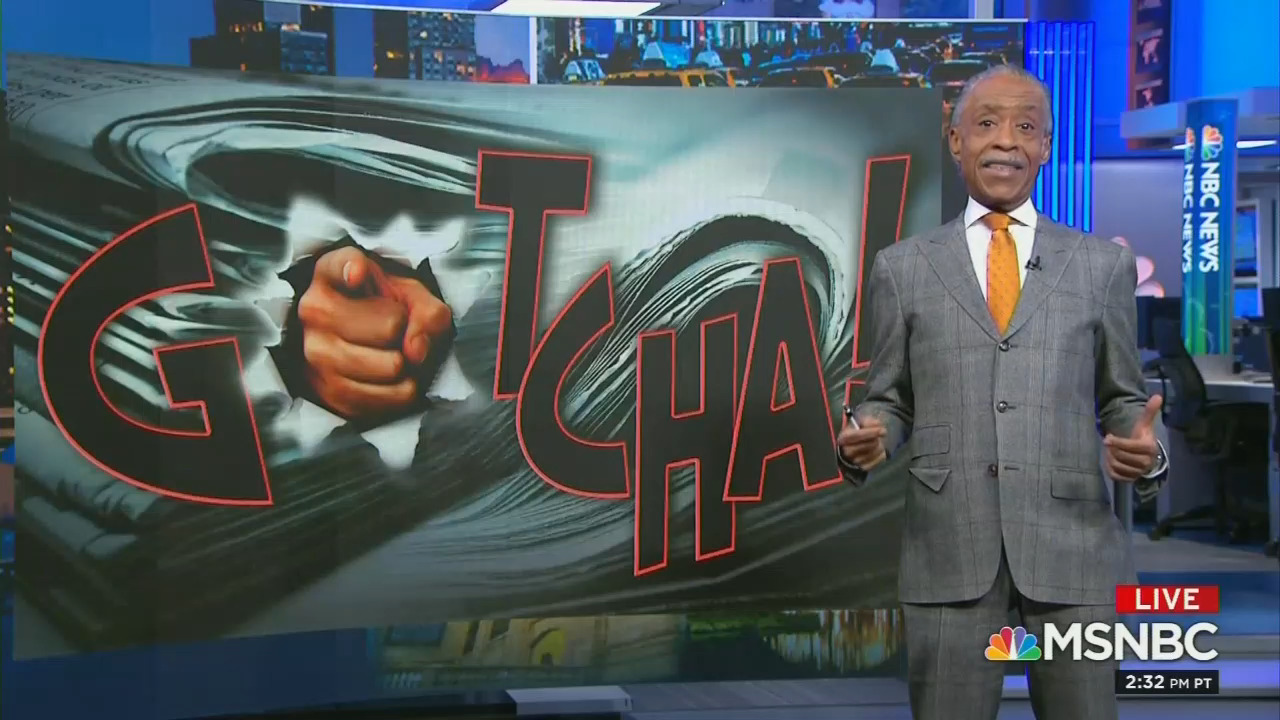 On Sunday, outspoken race baiter and weekend MSNBC host Al Sharpton dedicated his weekly “gotcha” segment to a heartfelt celebration of Democratic gains in Tuesday’s election. At one point, Sharpton implied that a Trump golf course in Loudoun County, Virginia was somehow in danger now that an obscure critic of the President had been elected to serve on that county’s board of supervisors.

Once he’d finished briefly mentioning the Kentucky governorship and the Virginia Legislature going blue, Sharpton got to the real political news: some woman who briefly appeared in a few headlines two years ago had been elected to serve on her county’s board of supervisors.

The woman in question was one Juli Briskman, who back in 2017 won the fleeting but intense adulation of progressives, college undergrads, and probably Max Boot, for giving President Trump’s motorcade the middle finger. When last we heard of Briskman, she'd been fired from her job for flipping off an American President.

A few awkward stumbles and one almost-correct pronunciation of Loudoun later, Sharpton delivered the kicker: Loudoun County, where Briskman would be serving, was also home to a popular Trump golf course. “This week, I think it’s appropriate to say, she gotcha,” Sharpton concluded proudly.

It’s unclear what exactly Sharpton expects to happen to this golf course now that Middle Finger Lady is serving on a board with a modicum of administrative authority over it. If there’s dirty dealing going on behind the scenes there, presumably Adam Schiff would have sniffed it out by now. And if Sharpton knows something Schiff doesn’t, he certainly didn’t mention it on Sunday’s PoliticsNation.

On the other hand, if Sharpton was implying Briskman planned to abuse her newly-acquired powers as a civil servant to “go after” the golf course, she’d probably have preferred not to have her plans announced on national television — even on a show with PoliticsNation’s ratings.

As with most things said on Sharpton’s show, it’s probably best not to think too hard about it.