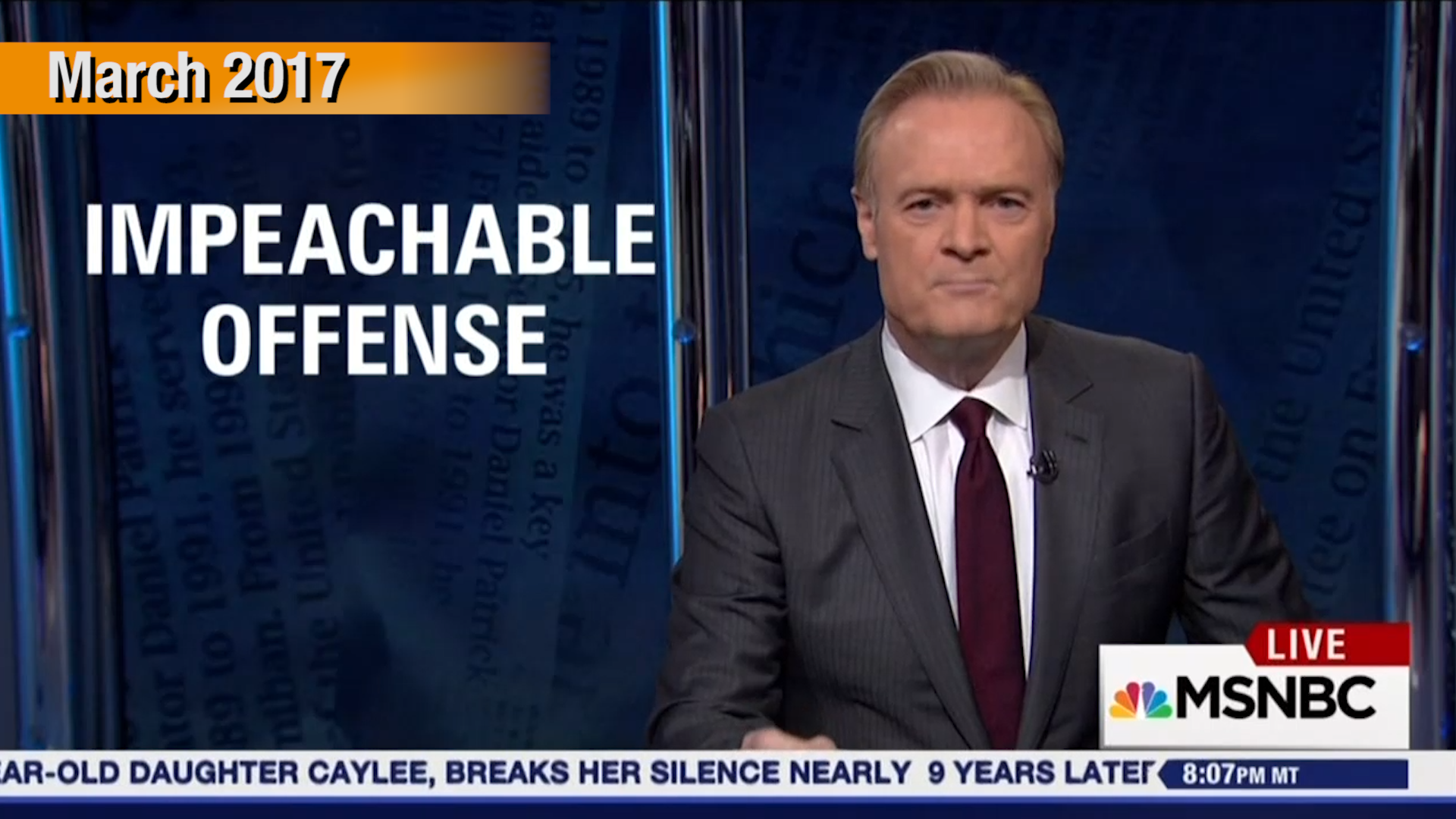 The liberal media have begun yet another round of frenzied impeachment speculation, this time in reaction to anonymously-sourced media reports about a supposed whistleblower complaint that has not been released. But media clucking about impeachment is nothing new — in fact, their obsession with evicting Donald Trump from the White House predates his actual Presidency.

By November 10, 2016 — just two days after the election! — television talking heads were already conjuring up theoretical scenarios in which Donald Trump could be removed from office. Since then, TV journalists have amassed quite a repertoire of possible causes for a premature end to the Trump White House, including (but not limited to): his tax returns; his family’s business dealings, both home and abroad; his firing of various cabinet officials; and of course, his tweets.

The following video tracks the TV news media’s storied history of reckless speculation about Trump’s impeachment, from November 2016 to September 2019. Watch below:

As the nation approaches its 36th straight month of media-driven impeachment talk, one wonders whether anybody will remember this scandal six months from now.