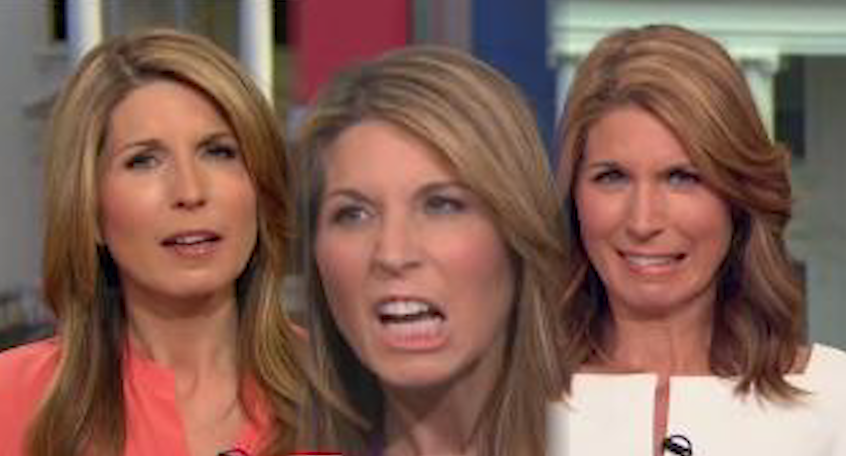 Nicolle Wallace, the strident Never Trumper who hosts MSNBC’s Deadline: White House, recently came under fire for alleging on national television that President Trump was “talking about exterminating Latinos.” For many conservatives, that backlash — which died down somewhat once Wallace issued a terse apology (albeit only on Twitter) — was their first exposure to Wallace and her vitriolic coverage of this administration.

But those remarks from Wallace are just the tip of the iceberg. To that end, MRC analysts have compiled a video of her greatest hits to provide further context for those race-baiting comments on Monday. Watch it below:

In short, Wallace’s most recent on-air antics at MSNBC are nothing new. For example back in May, she thoughtfully inquired whether White House reporters who attended briefings with then-Press Secretary Sarah Huckabee Sanders ever felt the urge to “wring her neck.” Likewise, the open contempt for the President which she displayed on Monday was very much in line with the usual tone of her 4:00 p.m. ET show.

After Trump’s widely-criticized 2018 Helsinki summit with Russian President Vladimir Putin, Wallace offered the following take: “All he had to do was not, you know, put on jammies and get under the covers with Vladimir Putin. And he couldn’t even do that.”

Tragically, this was by no means the first time Wallace had evoked imagery of a playful, “jammies”-clad President Trump. Nor would it be the last.

Wallace has treated viewers to many such political insights, including:

“Trump is the hamburger-eating, zamboni-riding loon that we see on TV and Twitter,” (February 6, 2018).

“Mitch McConnell....turns into policy everything that Donald Trump tweets with his little thumbs,” (June 26, 2019).

Back in October of 2018, she boasted to fellow MSNBC Host Chris Matthews that she had once encouraged Jeb Bush to punch then-candidate Trump in the face: “I said, ‘I think you should’ve punched him in the face, and then gotten out of the race. You would’ve been a hero.’”

If nothing else, Wallace is honest about her opinions. And if ratings are any indication, she puts on a more entertaining Trump hate-fest than her colleague, the perpetually-seething Donny Deutsch.