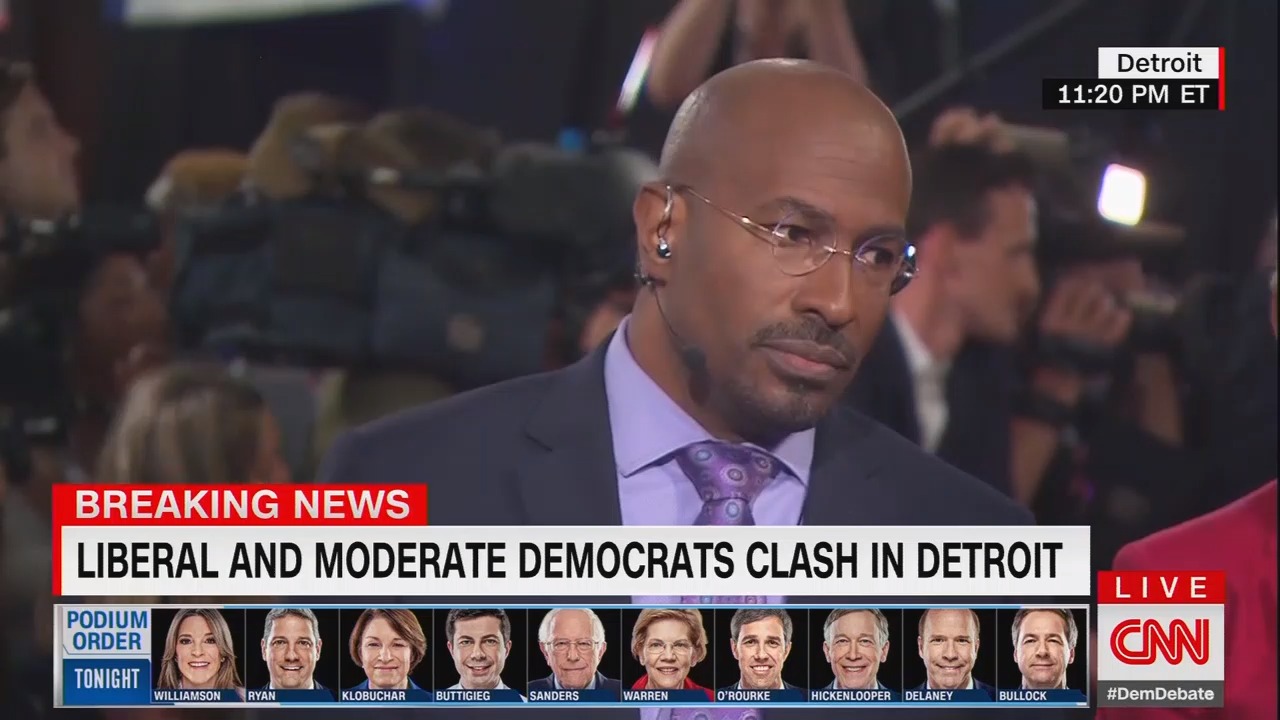 CNN's post-debate analysis took an abruptly emotional turn Tuesday night when the Van Jones Show’s eponymous host supposed that all present were “still in therapy” for the heart-wrenching defeat they’d suffered on the fateful night of November 8, 2016.

Jones spent most of the panel discussion advocating for a radical departure from the supposedly “moderate” policies of the lesser-known candidates on Tuesday’s stage. “None of those moderates are gonna make it,” he griped. He also chided that same handful of candidates for looking like “scaredy-cats” in the presence of strident progressives like Senators Elizabeth Warren (D-MA) and Bernie Sanders (I-VT).

Jones later broke out this somber (or entertaining, depending on one’s political alignment) take:

What – what went wrong in 2016? I think we’re all still in therapy trying to figure out what went wrong in 2016. And depending on who your therapist is, you have a different answer. I think for a lot of progressives, you’re correct, some of these ideas – they may be a bridge too far. And I have that same fear. But I just want to speak to the people who say, “You know what? We don’t care.”

He continued: “And at this point, when you have a President who has gone so far to the right, and done so many things, and been rewarded for the audacity of it, why can’t we be audacious?”

CNN chief political analyst Gloria Borger already had a downer of a reply loaded in the chamber: “Because you want to win,” she huffed. “And the economy is good.”

Disheartened by Borger’s impolite and rather unwelcome injection of reason into the discussion, Jones lamented that he and Borger were “talk[ing] past each other.” He then emphasized the importance of “big solutions” and worried that “moderate answers” might “demobilize” the Democratic base.

We would like to emphasize that there is no evidence to suggest that Jones had an RNC operative in his earpiece during this segment.

Rather, Jones's contribution to Tuesday night's discussion was reminiscent of his on-air soul searching in the wake of the 2016 election. Some readers will recall that back then, Jones channeled his sorrow into a creative outlet and invented a new fake word ("whitelash") out of an old fake word ("blacklash") in order to explain then-President Elect Trump's support among the white middle-class.