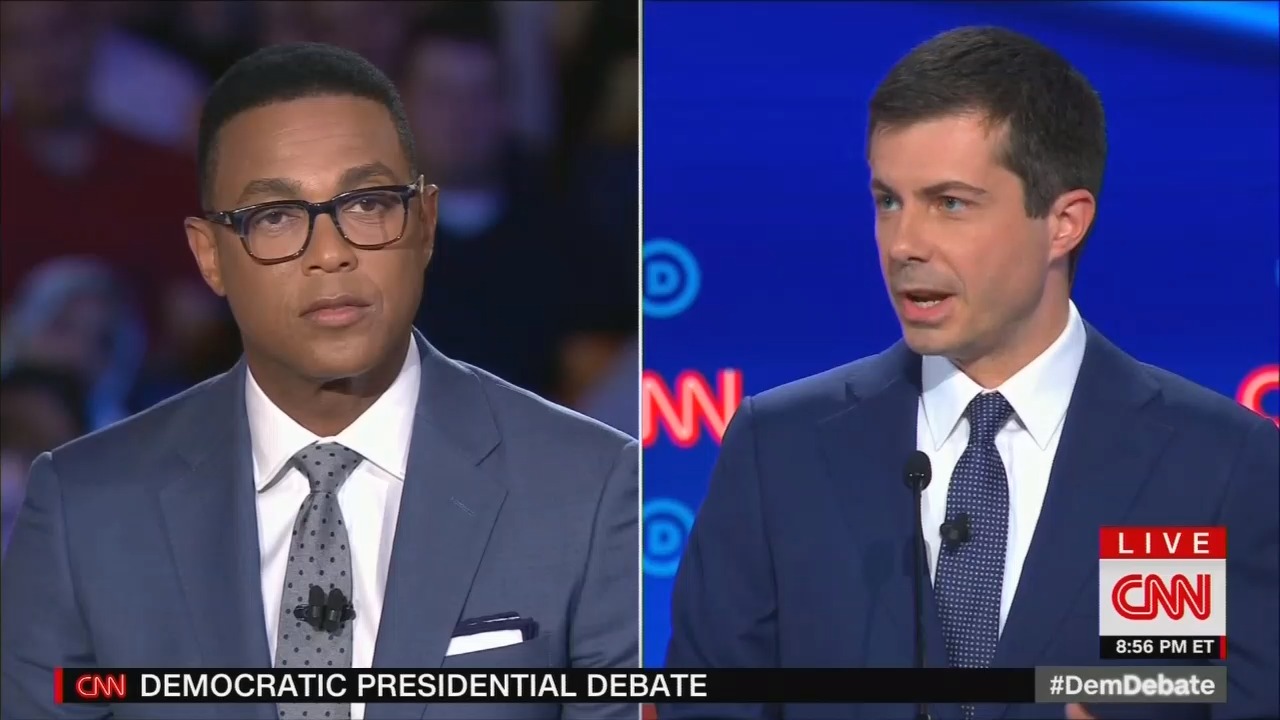 Just over an hour into CNN’s Democratic primary debate on Tuesday night, Southbend, Indiana Mayor Pete Buttigieg suggested that the solution to gun violence in America was to amend the Constitution of the United States – presumably by limiting, changing, or removing the Second Amendment. Yet CNN’s moderators did not so much as acknowledge this radical suggestion, let asking the Mayor to clarify his remarks.

Buttigieg’s proposal came in response to a prompt by liberal co-moderator and CNN Tonight host Don Lemon: “What are you going to do to stop this epidemic of gun violence?”

Near the end of his answer, the Mayor explicitly proposed changing the Constitution:

This is a country that once changed its Constitution so you couldn't drink, and changed it back because we changed our minds. And you're tell me we can't reform our democracy in our time? We have to or we will be having the same argument 20 years from now.

Lemon then cut off Buttigieg due to time constraints and turned to Montana Governor Steve Bullock for his response to the same prompt. Neither he nor any other moderator asked the South Bend Mayor to clarify which part of the Constitution he believed ought to be amended, or in what way.

Particularly telling about Buttigieg's response was his emphasis on an instance in which a provision had been removed from the Constitution. Given the context of his remarks, it doesn’t take much of a deductive leap to discern what portion of America’s founding document he might have been alluding to changing. After the Lemon-guided gun control segment of the debate, the program cut to a commercial break. When the coverage resumed, the moderators moved on – once more without so much as acknowledging the Mayor’s proposal.

Likewise, the rolling debate coverage on CNN's website featured no mention of Buttigieg's proposal. As of 10:15 p.m. EDT only two updates showcased responses from the South Bend Mayor: one about climate change, and one about race relations.

Evidently, a top-five Democratic presidential candidate making vague allusions to amending the Constitution is not enough to raise eyebrows over at CNN.

The full text of Buttigieg’s response was as follows (click “expand” below):

PETE BUTTIGIEG: Still the conversation that we have been having for the last 20 years. Of course, we need to get money out of politics.

But when I propose the actual structural democratic reforms that might make a difference – end the Electoral College, amend the Constitution if necessary to clear up Citizens United, have D.C. actually be a state, and depoliticize the Supreme Court with structural reform – people look at me funny, as if this country were incapable of structural reform. Does anybody really think we’re gonna overtake Citizens United without Constitutional action?

This is a country that once changed its Constitution so you couldn't drink, and changed it back because we changed our minds. And you're tell me we can't reform our democracy in our time? We have to or we will be having the same argument 20 years from now.