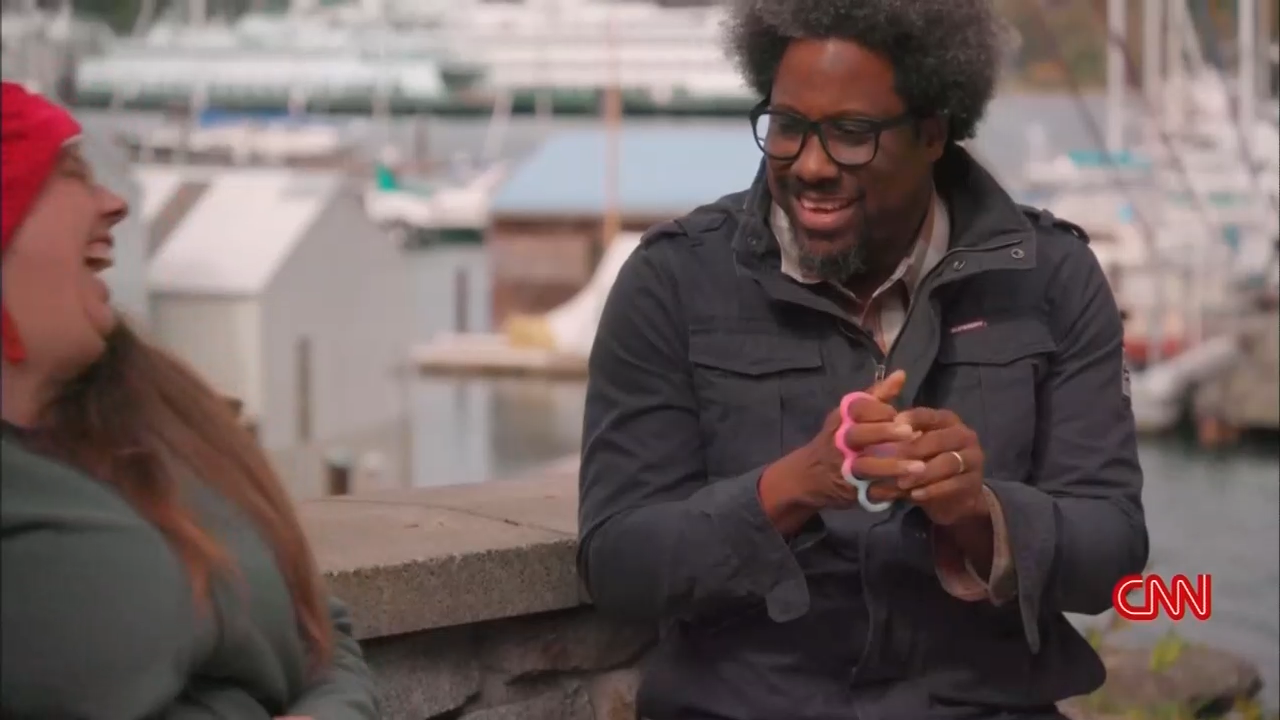 Back in May, CNN’s United Shades of America ran an episode which glorified a Washington-based Antifa chapter called the Puget Sound John Brown Gun Club (JBGC), describing them as the “good guy[s].” On Saturday, a member of that group was killed by police for attempting to burn down a migrant detention center in Tacoma, Washington while armed with a rifle and incendiary devices. But as of 4:00 p.m. EDT on Monday, CNN still have yet to inform viewers of that man’s affiliation with the organization they so highly praised.

United Shades host W. Kamau Bell spent the May 5 edition of his show “hanging out” (his words) with a number of Antifa groups, including the JBGC, whom he dubbed the “good guy[s].” Quillette journalist Andy Ngo (who himself was recently hospitalized by a mob of Antifa members) discovered on Sunday that the man who attempted to burn down a Tacoma detention center was even visible on-screen in CNN’s trailer for the episode.

Bell accompanied the JGBC on a trip to a local gun range, where he interviewed some of their members. “Good job, white people,” he chirped enthusiastically.

“Why aren’t more white people here?” Bell asked a squat, bearded man. “And I mean, maybe not here with us right now, but maybe here, in this frame of mind?” Far be it for us to speculate, but it might have something to do with most people — including white people — having little interest in getting shot while attempting to burn down government buildings.

That’s just a guess, though.

A week after the episode aired, Bell had not yet tired of praising the JBGC and “the good work they are doing,” even going so far as to encourage his viewers to “do what you can to support them”: 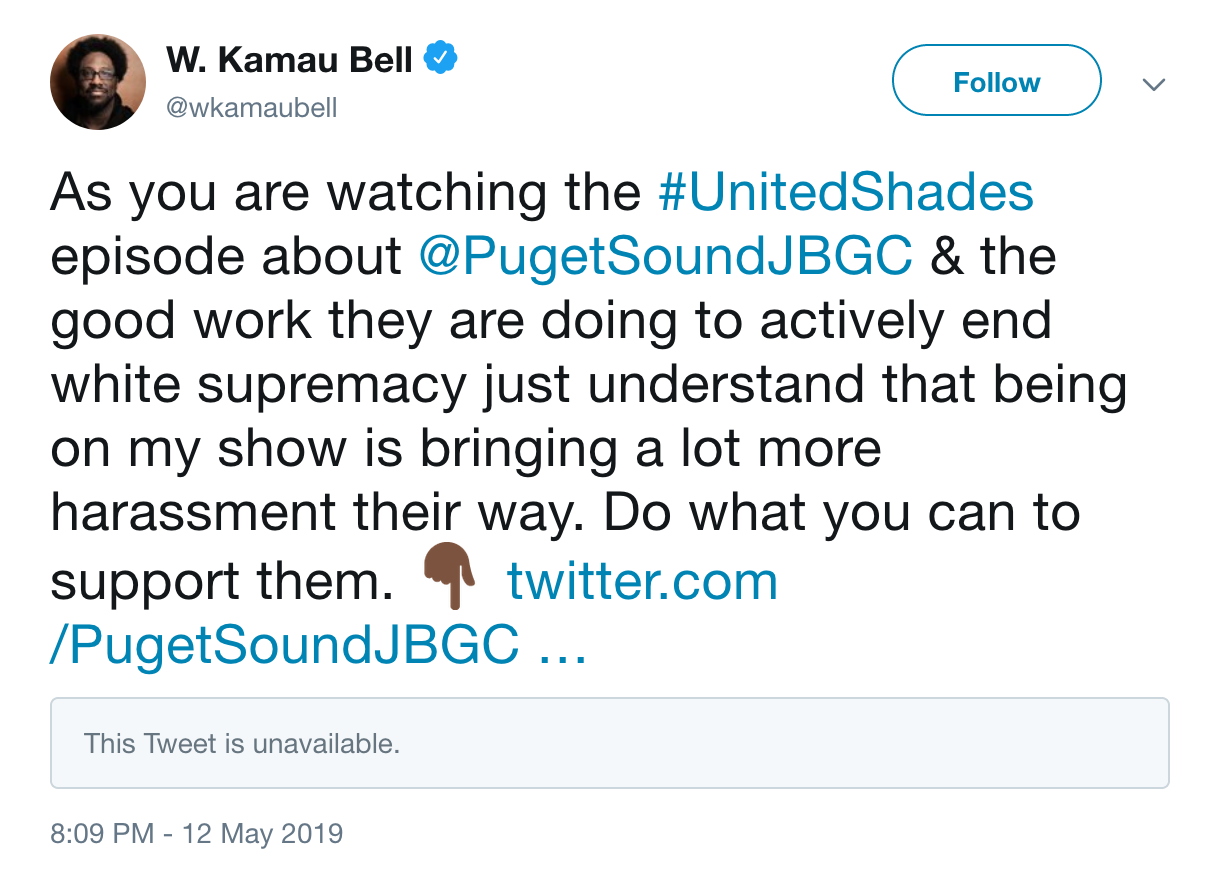 Throughout the show, Bell was shown laughing and joking with members of various Antifa groups. One individual showed off a pair of pastel brass knuckles and a tactical knife which she boasted about carrying with her when she engaged in “activism.” Below is a quick compilation of the greatest hits from the May 5 episode:

Needless to say, Bell’s remarkably warm and fuzzy feelings for this organization should be concerning for CNN. His fawning treatment of the them might be more excusable if the 69-year-old man who attempted to firebomb a DHS building had been just a rogue member, or if the JBGC had released some sort of statement condemning his actions.

But the reality is just the opposite. On Sunday the Puget Sound John Brown Gun Club’s official Facebook page released a statement mourning the loss of their “comrade,” which generously painted him as a martyr. The post vaguely referred to an “altercation” but otherwise made no mention of his attempted domestic terrorism, and it was certainly devoid of anything resembling a condemnation or disavowal:

Will often talked of being useful. If you need to take something away from his action we hope it's that if the rest of us were all more useful towards compassion and justice then he could have stayed with us.

As of 4:00 p.m. EDT on Monday, CNN still have yet to address Bell’s buddy-buddy relationship with this group.

Their coverage of the Saturday altercation, too, has been minimal. The network’s first mention of the incident took place shortly after it occurred, during the 3:00 p.m. EDT hour of CNN Newsroom that same day. CNN correspondent Polo Sandoval gave three separate reports on the story between 3:00 and 6:00 p.m., heavily emphasizing each time that the man’s intentions remained a mystery. “We should make it very clear so far that police have not established a motive,” he insisted.

That same day CNN Newsroom host Ana Cabrera hopefully asked Washington Governor Jay Inslee “whether the suspect was trying to attack the migrants inside the facility.”

After that, the coverage dropped off precipitously, amounting to two subsequent mentions that weekend buried within larger news segments about the ongoing ICE raids. CNN viewers still have not been clued in on the individual’s motive.

W. Kamau Bell is not the only CNN host to have adopted a soft stance on Antifa. In 2018, longtime CNN host Chris Cuomo tweeted an image likening members of the group to the American soldiers who fought on the beaches of Normandy during World War II: 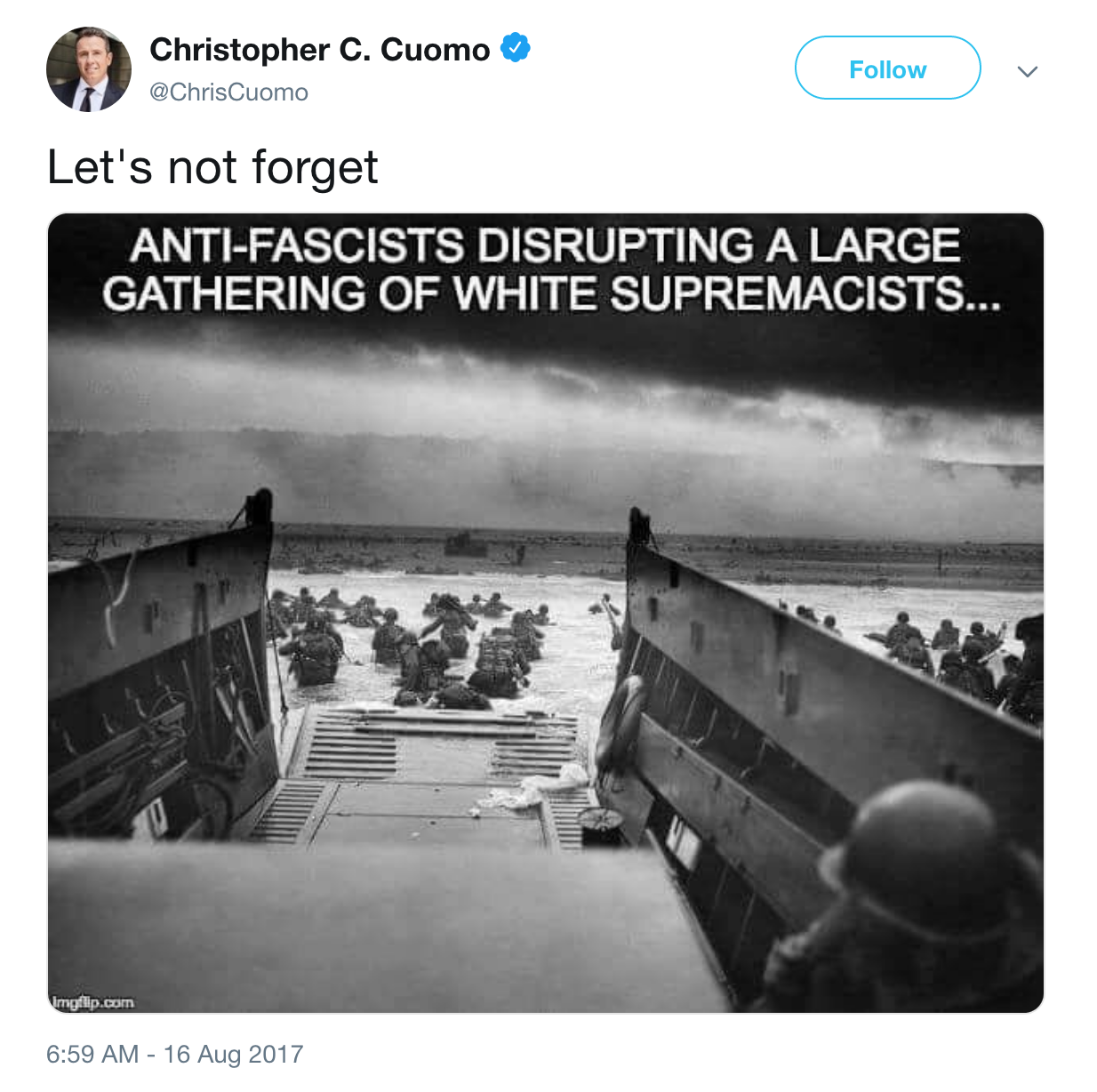 In another tweet, Cuomo expressed outrage that those who called Antifa violent were confusing “the exception with the rule”: 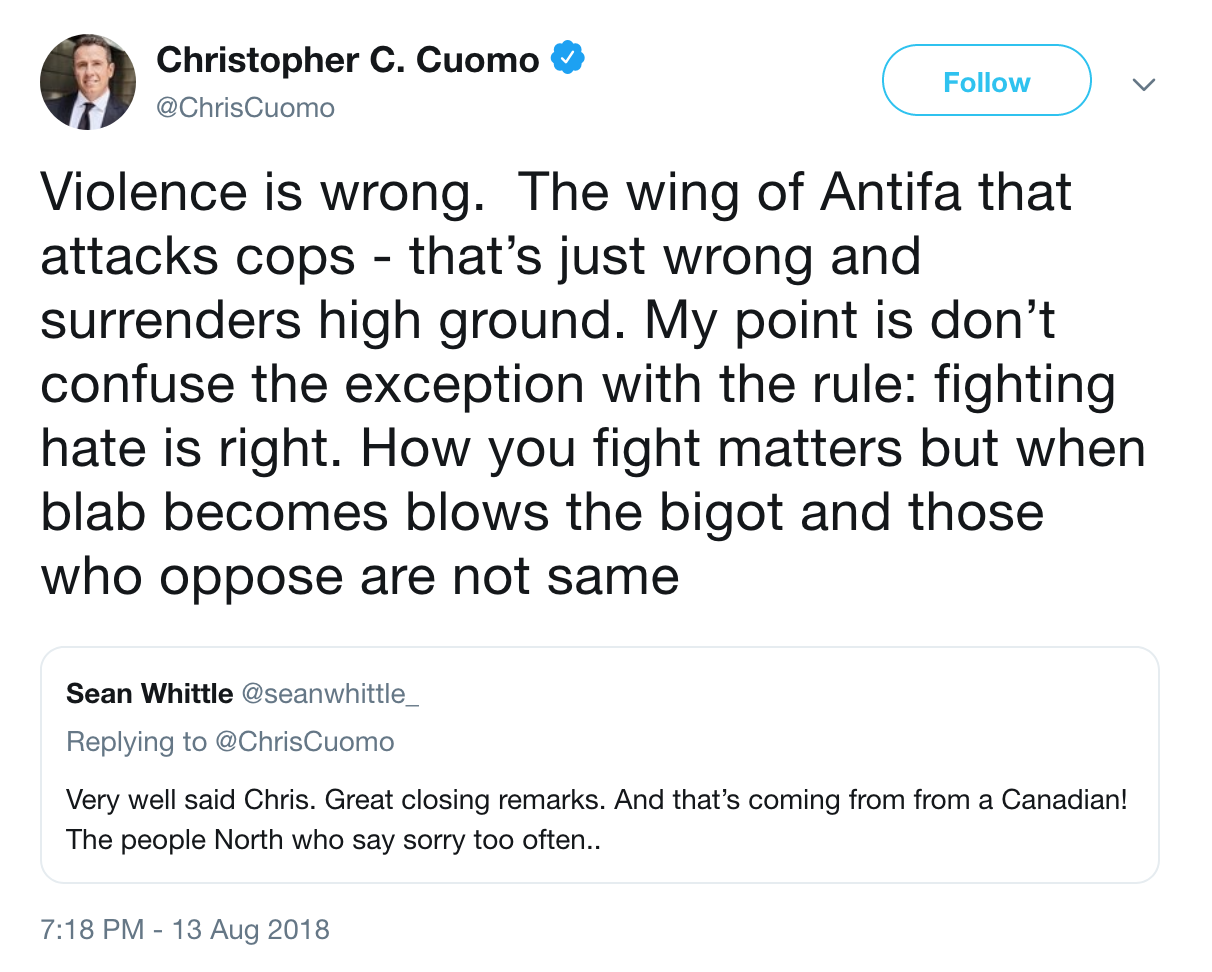 If the John Brown Gun Club has yet to disavow a deceased member for being an aspiring domestic terrorist, does that make the whole group an exception, or is it still just the one guy? Inquiring minds would like to know.

Given Bell’s and Cuomo’s public opinions towards Antifa, it might be prudent for CNN's brass to release some sort of statement clarifying the network's official position. Because as of right now, and based on the information currently available, it’s getting rather difficult not to conclude that they’re fans.